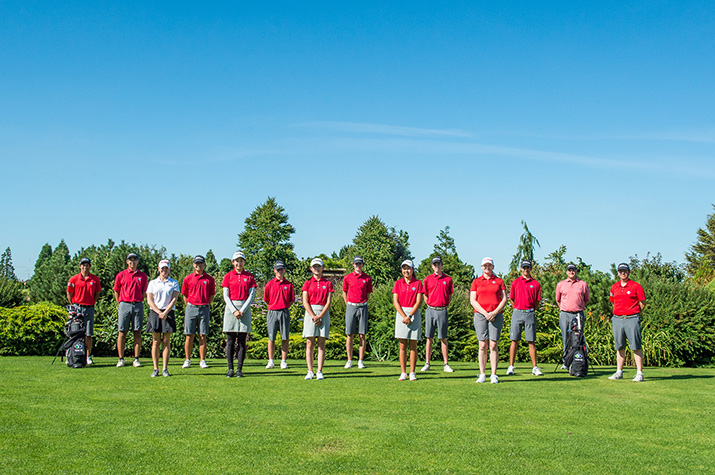 The nine members of the inaugural British Columbia Golf Performance Program are pumped about the opportunities they are getting to improve their games.

Team B.C. just completed a three-day camp at Mayfair Lakes Golf & Country Club in Richmond, where coaches ran them through a series of challenging practice sessions. Everyone seemed to be smiling.

“It has been a really cool experience,” says Martina Yu of Coquitlam. “I have never really experienced something like this, being together with a team. I have learned a lot, not just skills-wise, but also team work, mental strategy and it’s just really fun being part of a team.”

The camaraderie the team has built was on display as they battled one another during a series of skills challenges at Mayfair Lakes.

“Golf is an individual sport when you are playing in tournaments, but in practice it is a bit different and for me I find it more beneficial to practise with other people and having more of a competitive environment," says North Vancouver’s Niklas Jaakkola.

“It keeps me engaged and it keeps me focused on what I need to do instead of randomly hitting balls on the range. This stuff with the stations is good because we are working as a team but we are trying to beat one another.” 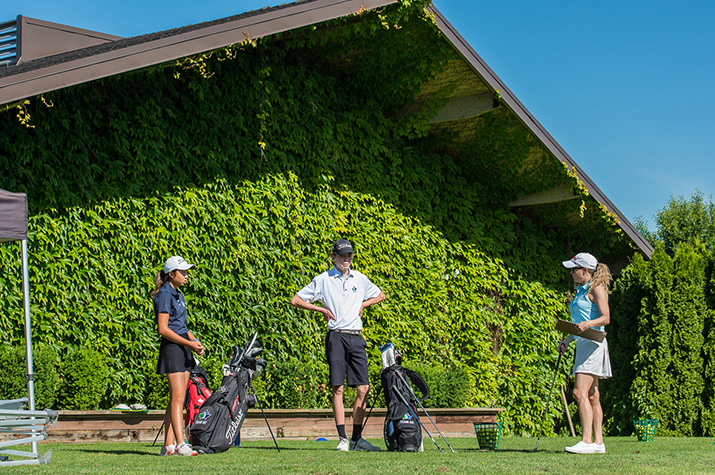 Putting, chipping and wedge stations were set up at the Mayfair Lakes camp and scores were recorded. “This is a competitive camp,” says Colin Lavers, British Columbia Golf’s Performance Coach. “Everything they are doing here we have a winner and a loser and we will crown a champion at the end of this camp.”

The Team B.C. members first got together at a camp at Fortius Sport & Health in Burnaby. Lavers says the players bonded quickly and have been a tight group ever since. “At our first camp we stayed together, did everything together, and there was kind of instant camaraderie,” Lavers says. “It has continued. It has been really good, even with the difference in ages.”

Katherine Hao of Burnaby, who just turned 13, is the youngest member of Team B.C. Hao says she quickly learned how much work she needs to do to improve her game. “I used to think my chipping was pretty good,” she says.

“But then I watched everyone here and I am pretty sure my chipping is the worst. But that’s okay. Now I just know it is something I have to work hard on. That really helps because heading into tournaments I know what I need to work on and how I can be better than the others.”

Hao also feels like her mental game has improved dramatically by being part of Team B.C. “I have learned to park my thoughts away, but still reflect on them after the round. I think that really helps me because after each round we have played we have had to do a post-round reflection and it really made me think about what I have to work on and what I can improve for the next round to get better.” 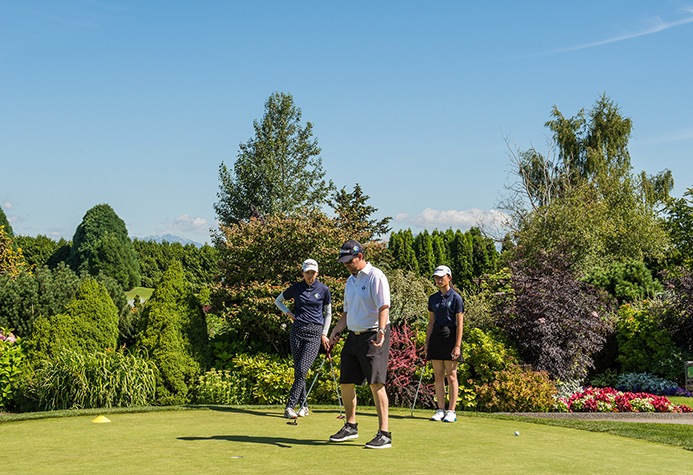 The Performance Program was created, in part, to try and get more B.C. players onto Golf Canada’s national teams. Longtime national team member Cris Crisologo of Richmond attended the Mayfair Lakes camp as an ambassador of sorts.

Crisologo, now a pro, took part in all the skills sessions and played 18 holes with the team at the end of the second day of camp. “He is so fun to watch,” Jaakkola says of Crosologo. “He is great as a coach and obviously someone I look up to, so it has been great having him out here.”

The hope is the Mayfair camp will help set up team members for s successful championship season. Xander Bankes of Rossland has already won the B.C. Novice and Bantam titles. This summer the 15-year-old has his sights set on adding the Juvenile title. “That is the goal,” Bankes says. “It would be great to get all of them by the time I am finished. Have to tick them off one at a time.”

Yu is simply excited to have some tournaments to play in. She is especially keen to play well in the B.C. Bantam tourney, which goes Aug. 18-19 at Mount Brenton Golf Course in Chemainus.

“I am probably more excited than usual,” Yu says. “Usually I have a lot more opportunities to play in tournaments. But now having the chance to play in one tournament is a very good opportunity. I have to be prepared.

“This is my last year being able to play in the Bantams, so I can’t miss that.”