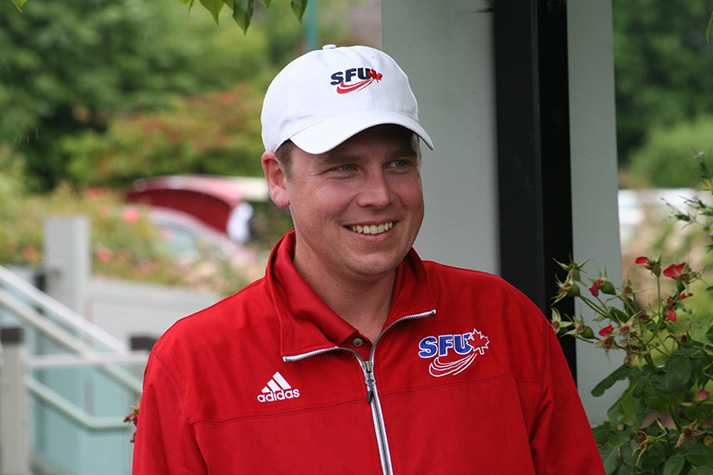 A decision by the Great Northwest Athletic Conference to cancel fall sports due to the COVID-19 pandemic has left the Simon Fraser University men’s and women’s golf teams with no place to play.

The canceling of the fall season did not surprise SFU golf coach Matthew Steinbach. “At the end of the day we are in a global pandemic, so travelling across the border and playing a regular competition schedule, we didn’t think that was going to happen,” Steinbach said.

The real gut punch for Steinbach came when he was also informed by GNAC officials that SFU would not be permitted to play in a proposed series of one-day events with fellow British Columbia schools this fall.

“We were planning with the other B.C. universities to do a B.C. series in the fall and get some events in, but unfortunately we’re not going to be able to compete in that, either,” Steinbach said.

“And there’s a little bit of shock there.”

GNAC officials ruled the proposed B.C. events would give SFU an unfair advantage over its U.S. competitors. “From a golf-specific standpoint within our conference we would actually be the only school that would have that opportunity to compete,” Steinbach said. “Our conference is comprised of schools in Montana, Idaho, Washington and Oregon and they are in a bad spot right now. There is no chance they are competing anywhere.”

Steinbach has been meeting monthly with his team since March 12, when the remainder of the spring season was cancelled. He said that news was tougher than the recent announcement by GNAC to cancel the fall season. “On paper statistically, these were the best two teams we have ever had, both the men’s and women’s, in the history of SFU,” he said.

“Both were ranked in the top 20 nationally in the NCAA (Division II) and then it was like season is cancelled and school is online and everyone has to get home. That was a lot tougher to go through. In our meetings throughout the spring and summer we have been very honest about the chance we are not competing this fall.” 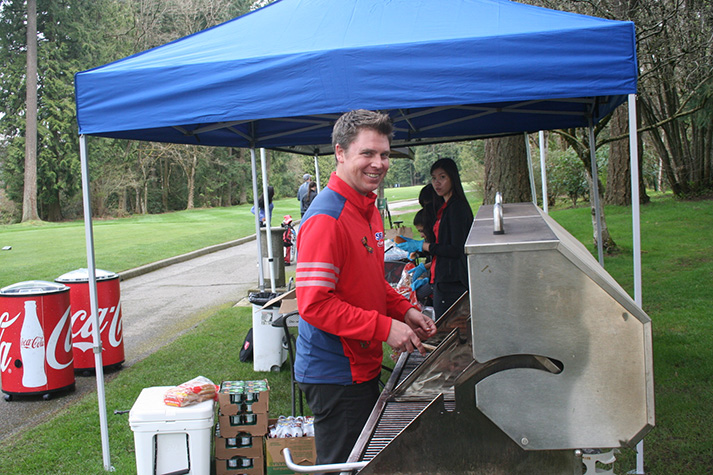 With classes being held on-line and no competition, Steinbach said out-of-province team members face a difficult decision on whether it is worth their while to return to B.C. this fall. “We have one international student from Sweden and so I have been talking to Frida (Ehnebom) and I don’t actually know if it is in her best interest to come here in the fall,” Steinbach said.

“Then you look at some of our out-of- province players and we had one recruit that we had signed who has decided to stay in Ontario because of the news. And that is something we have to be flexible with because we are in unprecedented times. But the message we have sent out to the team is as of now we begin training on Sept. 7. We will have a full fall of training."

Steinbach said NCAA rules allow teams to practise five days a week for 20 hours per week. “We will be maximizing that, we will be having intra-squad competitions. Usually our fall semester is just so packed because we are playing tournaments basically from day one all the way through to the end. This is actually going to be a unique time for us to get around and hopefully play some great golf courses in B.C.

“They will all have to be one-day trips, we have to be back in our own beds by the end of the day, but there is a big opportunity to invest some time in training and development. And we're confident that is still going to go ahead.”

Steinbach hopes a spring golf season can be salvaged. “Our big season is the spring,” he said. “That is where we really have our fingers crossed and we hope that we can return to play then.”
Steinbach said it’s hard to believe how profoundly and quickly COVID-19 has changed our lives.

“You could never plan for this,” he said. “I was in university during the 9/11 attacks. We kept saying one week the world stopped and everything stood still. But then we returned to a somewhat new normal life. Certain areas were adjusted for security and safety, but it didn’t impact us long term. . . this is altering everything.”

If there are positives, Steinbach said it has come on the recruiting side. “The number of players for 2021 and 2022 that are interested in SFU is ground-breaking,” he said. “A lot of those are the top-ranked players in Canada and they are saying, I don’t know if I want to live in the States. I am happy to live in Canada, I can get a great Canadian education and I can travel to the U.S. to play NCAA golf on the weekend but living at home actually looks pretty good right now. So it is an unreal situation for recruiting.

“But at the same time all of our players from last year get their year of eligibility back. So our roster is as deep as it has ever been. I see us coming out of this ahead. But basically until we get a vaccine who knows what is going to happen.”