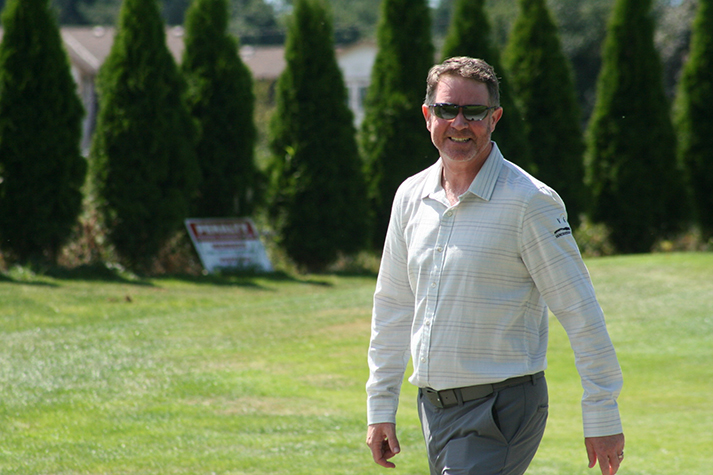 The VGT Has Lost Some Sponsors Due To Covid-19, But The Tour Is Seeing Unprecedented Demand From Players And Selling Out Its Events, Much To The Relief Of The VGT's Driving Force, Fraser Mulholland - Image Credit Bryan Outram/BC Golf

There were more than a couple of sleepless nights for Fraser Mulholland this past spring when he feared his Vancouver Golf Tour might become a victim of the COVID-19 pandemic.

Back in late March, the tour’s founder and commissioner postponed the start of the VGT’s 14th season as COVID-19 took hold in British Columbia. “I was literally wondering day after day if we were going to shut down,” Mulholland says.

“We had about 100 members who had already joined and we had a bunch of sponsors who had ponied up the first half of their sponsorship payments. And if we weren’t going to play and that all had to be refunded, the VGT could have died a quick death. It was pretty devastating. There were some sleepless nights.”

Like many British Columbians, Mulholland watched the daily COVID-19 briefings held by provincial health officer Dr. Bonnie Henry and Health Minister Adrian Dix. British Columbia was faring better than most and beginning to flatten the curve. Mulholland reached out to some Metro Vancouver area golf courses that had remained open to see how they were handling things. 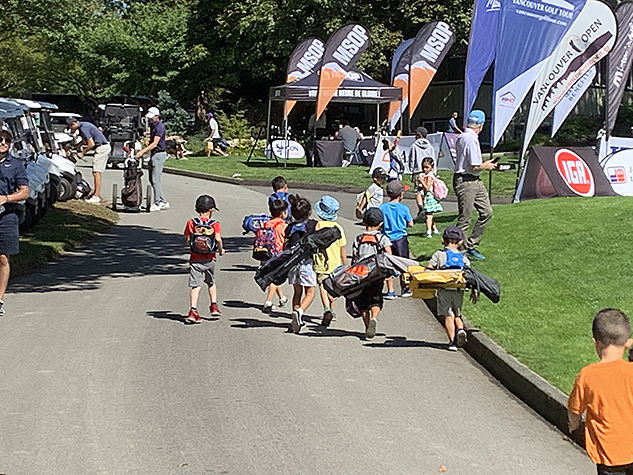 He decided in mid-April that the tour could run, with strict social distancing and health and safety protocols. The VGT ran its first event April 27-28 at Sandpiper Golf Club in Harrison Mills with a sold-out field. It’s been the same story ever since.

Events have been filling up early. So early that some longtime members have been shut out of tournaments when they have waited until the last minute to sign up. Much of that is due to a surge in juniors playing the VGT.

With most of the junior tours on hiatus during the spring, junior players flocked to the VGT. “I would say about 60 junior members have joined and have been actively playing,” Mulholland says. “That is the difference for us. We would generally get to our full capacity, but maybe only a few days before an event. This year we have often been full three to four weeks out.”

The recently completed Ledgeview Open in Abbotsford, played July 4-5, is a perfect example. “For this event we had 40 people on the wait-list and maybe more because we closed the signup online at least two to three weeks early because we just didn’t want to keep taking people in,” Mulholland says. 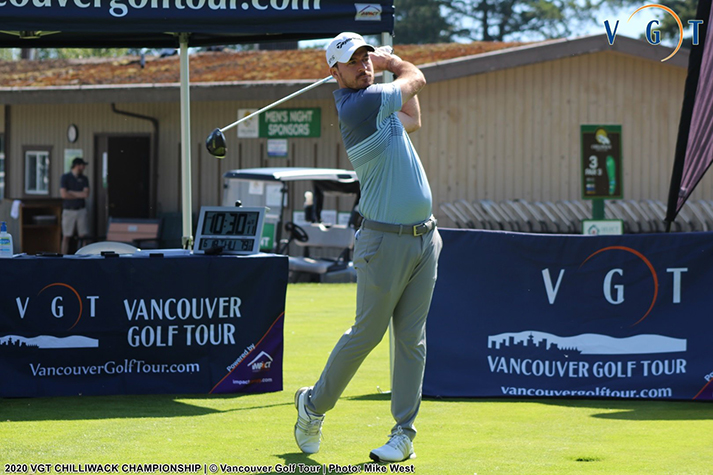 The field at Ledgeview was increased to 178 players from the normal 156 to try and ensure that many longtime players in the event got spots. Mulholland and his dedicated support team have had to make several changes in order for the tour to operate in these uncertain times.

For example, players can not not show up at the course more than 30 minutes before their tee times to avoid congestion on the driving range and putting green. “We had to send some guys back to their cars this morning who arrived too early,” Mulholland says.

There are no post-tournament dinners or prize presentations. Boxed lunches are available when players make the turn during their rounds. Cheques are not handed out to pro players who finish in the money. Instead, they are paid via e-transfers. Spectators and caddies are not permitted.

“I think it has been great,” Abbotsford pro and longtime VGT regular Brett Webster said of the tour’s response to COVID-19. “They are very strict, they have been on the ball at every juncture. Especially with things about showing up at the right time for rounds and when players can start to practice. We have guys sitting in their cars because they showed up early. They have handled it as well as anybody could.” 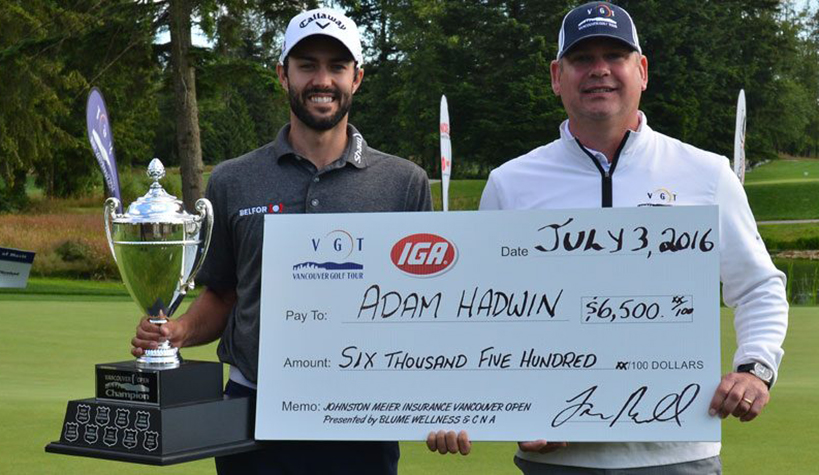 Adam Hadwin, Also A Winner On The PGA TOUR, Has Been A Longtime Supporter Of The VGT - Image Credit Mike West/VGT

While demand for tournament spots is high, Mulholland acknowledges the tour has taken a hit with the loss of some key sponsors who are fighting their own business battles with COVID-19. “We are down about 40 per cent in sponsorship,” he says. “We have been saved by the fact that more players are playing, the fields being a little bit fuller. It is not going to make it all up, but it is going to help half of that and basically save the year.”

The VGT has became a passion for Mulholland, who is justifiably proud of the opportunities his tour provides young up-and-coming professionals. Abbotsford products Nick Taylor and Adam Hadwin both spent time playing on the VGT after turning pro and the two of them, both now PGA Tour winners, have subsequently returned to support the VGT.

Taylor, in fact, was part of a memorable moment on this year’s VGT. Just months after winning his second PGA TOUR event at the famed AT&T Pebble Beach Pro-Am, Taylor played in the VGT’s Chilliwack Championship at Chilliwack Golf Club in mid-June. Taylor was leading heading into the back nine, but was overtaken by young Kelowna pro John Mlikotic, who shot a 28 on the final nine holes to edge Taylor by one shot. 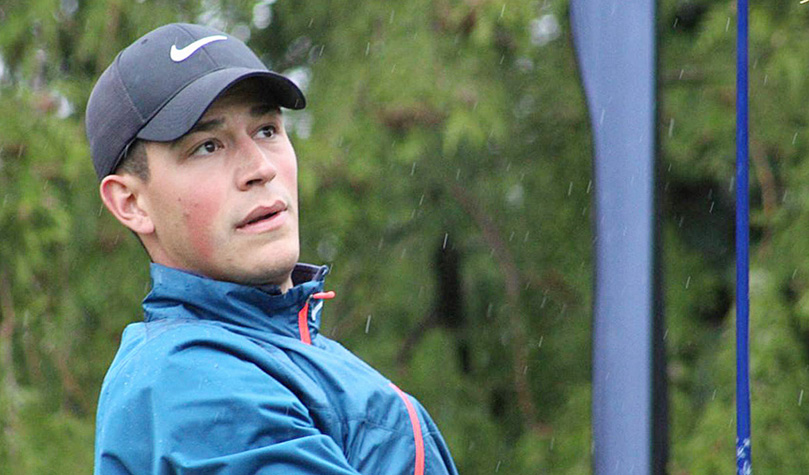 For Mlikotic, who played his collegiate golf at Simon Fraser University, that experience was worth much more than the $2,500 first-place cheque he earned that day. “I have taken the time to calm down after the tournament and figure out what exactly happened and what helped me play good at that event,” Mlikotic says.

“The support I got from family, friends and members at my club has been tremendous and it is definitely something I won’t forget. I am going to kind of use it and keep it as a good memory for times when I am not playing well to remind myself I can play some good golf and when I am playing good keep going. It was nice to have my best stuff against a guy who has won on the PGA Tour twice and is doing what I want to do full-time.”

Stories like that one bring a wide smile to Mulholland’s face. He hopes his tour can continue to manufacture more like it in the years to come. “The past 14 years have flown by,” he says. “There have been some long days for the whole team and there are a lot of people who are involved. We wouldn’t be here without those people, about a dozen of them, that have come out religiously from day one. They are so instrumental to our success. 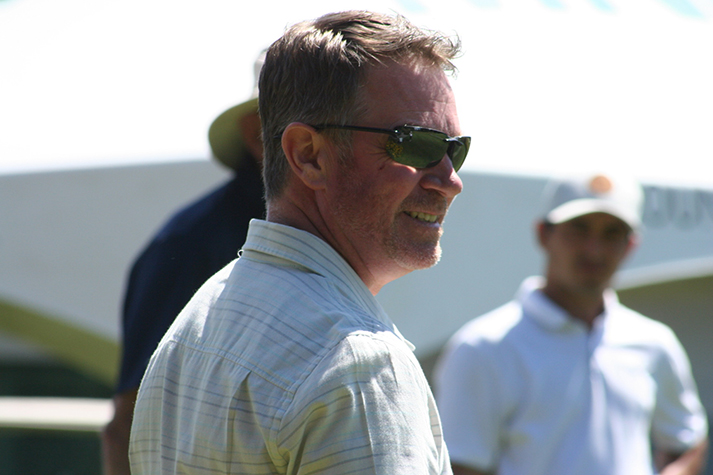 If those were paid positions how much we would have to fund-raise just to make a tour like this actually survive? “It scares me a little bit to think about that in five years the majority of them will be officially retiring from volunteering because they just can’t keep that energy up.

"We need to find other people to come in and replace them. We are seeing that happening which is encouraging. People really enjoy being part of a movement where they can say they were part of Nick and Adam’s development, or whoever the next young player is.”

CHIP SHOTS: Kevin Stinson of Cheam Mountain in Chilliwack won the Ledgeview Open with a 36-hole of score of eight-under 132. That was one shot better than Lawren Rowe of Squamish. James Allenby of Langley Golf Centre was third at six-under 134.