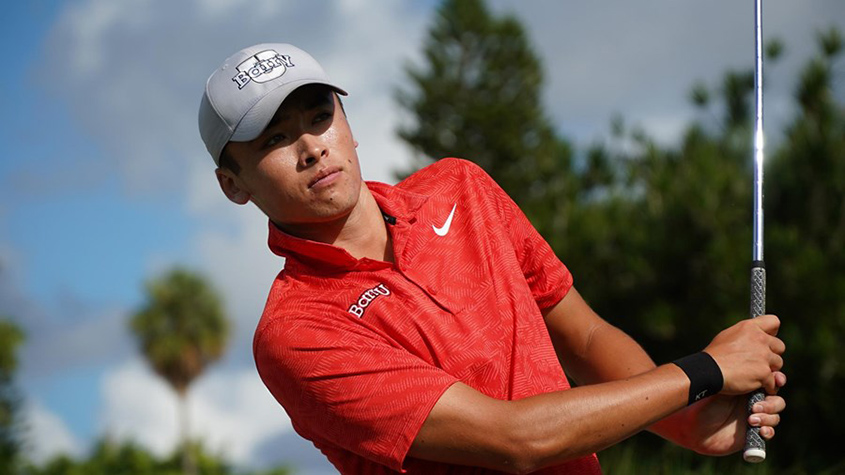 NORMAN, Okla. -- The Golf Coaches of Association of America announced the GCAA All-Freshman Team on Tuesday, Apr. 28, with the Barry Buccaneer men's golf team's AJ Ewart of Coquitlam, British Columbia earning one of the five spots on the prestigious team.

The Buccaneers followed up a historic season in 2018-2019 with arguably an even more dominant run, winning a school record five-straight tournaments while holding down the No. 1 ranking in the nation before dropping to No. 2 right after the spring season was cut short. Ewart was ranked No. 27 in the Golfstat final rankings. He had a historic year for the Bucs, winning two tournaments and logging four more top-12 finishes to lead the Bucs on their winning streak.

Barry has had a decorated history as a golf program, highlighted by their three national championships in 2007, 2013, and 2014, all of which were captured under head coach Jimmy Stobs. Ewart joins former Buccaneer star, Surrey, British Columbia's Adam Svensson, as an All-Freshman Team selection.