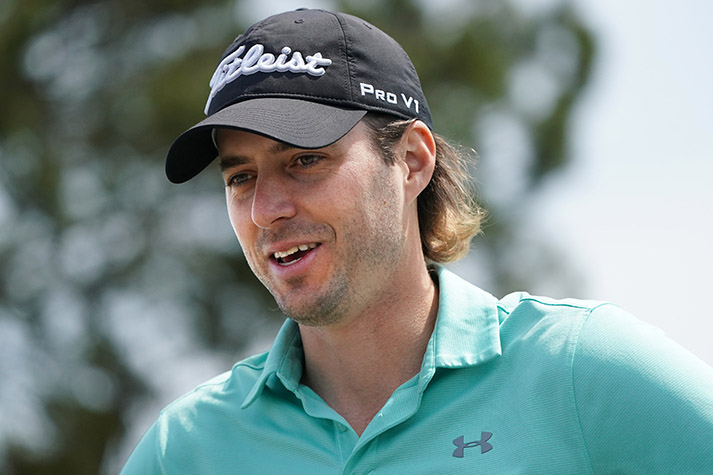 James Allenby has waited a long time to play in his first PGA TOUR event and now that he has finally achieved that goal the Langley native hopes to make the most out of it. “It is a massive opportunity that I am going to try and take advantage of by just playing my game,” Allenby said after winning the Monday qualifier for this week’s RBC Canadian Open.

If Allenby does play his game, he should be just fine. The 34-year-old has been on quite the roll of late on both the Vancouver Golf Tour and PGA Tour Canada-Mackenzie Tour circuit.

After a string of low rounds on the VGT, Allenby tied for second at the Mackenzie Tour’s season-opening Canada Life Open at Point Grey Golf & Country Club in Vancouver. He had what he called a hiccup, when he missed the cut last week at the Bayview Place DC Bank in Victoria.

Thankfully, Allenby returned to form Monday at Heron Point Golf Links in Alberton, Ont., which was the site of the final qualifier for the RBC Canadian Open. Allenby birdied his first hole and went on to top the field with a four-under 67. He had won a regional qualifier in early May at Kings Links in Delta to earn a spot in Monday’s final qualifier. “I am pretty like, nervous/excited,” was how Allenby described his feelings knowing that at long last he was going to tee it up in a PGA TOUR event. And not just any PGA TOUR event, the Canadian Open.

He was planning to head straight to Hamilton Golf & Country Club, the site of this week’s Canadian Open, to try and get familiar with a course he has never laid eyes on. “I am going to try and head out there today and see what I can,” he said. “I need to take care of all the things I need to take care of, off the course as well, and settle in so I can just focus on my game.” Asked what he will do about a caddie, Allenby said, “I have no idea.”

Monday’s round was particularly sweet for Allenby, who had missed getting an exemption into the tournament when he was caught in the final round of the Canada Life Open at Point Grey. “It feels right that I am playing in the event this year,” he said. “That might be a strong way to put it, but it feels right.”

One of the keys for Allenby this week figures to be controlling his nerves. He’ll try to treat it like just another event, but knows it is anything but. Allenby thinks he will be fine once he is inside the ropes and playing. It’s that time before and after rounds that he said he must focus on. “It is more so off the golf course, when my mind can get running on its own and it’s tough to constantly check yourself and think the right thoughts,” Allenby said.

“I have a lot of experience doing that. Obviously, this is a massive event so I am sure my brain will do what it likes to do in the down time, but basically when I get out onto the golf course and am practising and warming up for the rounds and when I start playing I am really good at focusing then. I have my routines and the way I handle myself on a golf course just kicks in and it becomes natural.” Allenby said he has heard great things about Hamilton Golf & Country Club. “I have to basically do my own homework and figure out a game plan that works for me,” he said.

Allenby beat the field of 62 players by three shots on Monday. He said the scores reflected some tough conditions. “Pretty much every pin out there was tucked pretty close to the edges and just behind bunkers and all that and then it was pretty windy,” he said. “It was blowing like 25 kilometres an hour with gusts. It was very tough.”

Kimberley’s Jared du Toit was in good position at two-under through nine holes, but was done in by three bogeys on the back nine and shot a one-over 72.