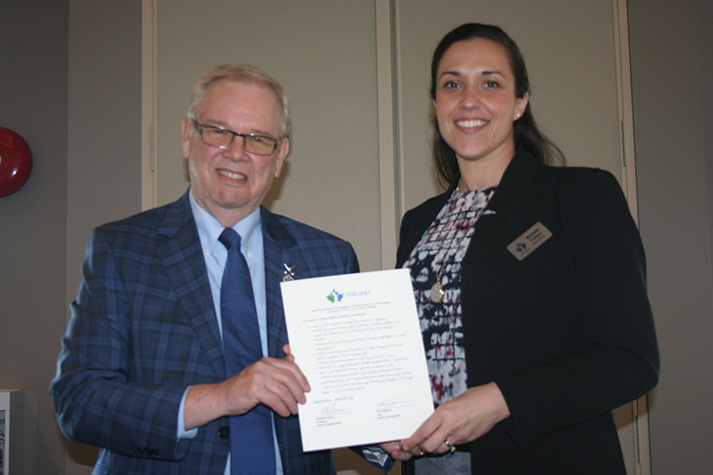 Kris Jonasson, the longtime Chief Executive Officer of British Columbia Golf, knows from personal experience about the challenges of bringing more women into the game.

At British Columbia Golf’s Annual General Meeting at Tsawwassen Springs Golf Club, Jonasson told a story about his daughter, who is not a golfer, and his granddaughter, who is on her way to becoming one. “It’s an easy statement to make, it’s not an easy thing to do,” Jonasson said of the challenge of welcoming more women to golf.

Still, there are challenges, Jonasson said. “There are no other girls at the club for her to play with,” he said. “I take her to her lesson and the boys are happy to go out to the driving range with her and hit balls, but when they go play they don’t ask her. We need to change that because we can’t get girls involved if we don’t get more girls involved.”

Jonasson pledged that making the game more accessible and welcoming to women and girls will very much be a priority for British Columbia Golf in 2019 and the years ahead. He noted that British Columbia Golf and Golf Canada are strong supporters of the Women in Golf Charter, which was unveiled by the Royal & Ancient Golf Club last May.

Golf Canada is a signatory to that charter, which is part of a worldwide drive to increase the number of women and girls playing golf and to increase opportunities for women to work in the golf industry.

Jonasson said a big key to accomplishing that goal is to make the game more welcoming to women. “What we need to work on is that when we bring women into the game we make sure they have an enjoyable experience,” he said, suggesting courses need to adopt what he called a ‘Double F’ philosophy.

“Double F is family friendly and female friendly,” Jonasson said. “As a sport, those are the two Double Fs we need to be focused on. If the golf courses could become family friendly and could get the kids playing with their parents, that is another way we can grow golf for women.”

Jonasson likes to think the golf industry is starting to get it. He cited the recent appointment of Ashley Zibrik as interim Head Professional and Director of Golf at Shaughnessy Golf Club in Vancouver as a significant step. “I think that is a big statement,” he said. “It shows a movement by the industry to get more women involved.”

British Columbia Golf is also trying to lead by example. Michelle Collens, Manager of Sport Tourism for the City of Vancouver, was appointed president of British Columbia Golf at the Annual General Meeting and the organization’s new Board of Directors now includes more women than men. 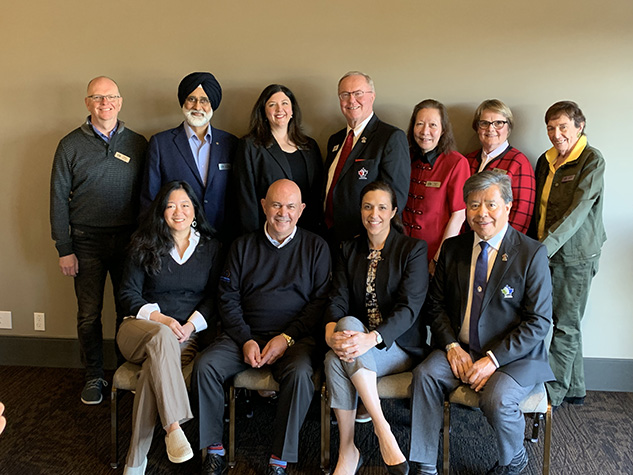 Jonasson also announced that British Columbia Golf has entered into a partnership with the LPGA Amateur Golf Association and LPGA Women’s Network. “Women in British Columbia will be able to join the LPGA Amateur Golf Association directly,” he said. “We will be managing that relationship, we will be working with our member clubs to provide opportunities for women to play in events.

“Women that join the LPGA Amateur Golf Association will be affiliated with similar groups throughout North America. When they travel, there will be opportunities for them to play in different events. I have already been contacted by the Seattle chapter that wants to do a girl's trip to British Columbia to play against some of the women here. Over the next few years as we build membership in that organization, we will start creating more opportunities for those players to get together.”

Jonasson also said British Columbia Golf is a supporter of the inviteHER initiative created to increase participation by women in golf. “We will actively market the hashtag #InviteHER on all British Columbia digital and social media platforms,” he said.

Joan Probert, Supervisor of Commercial Operations with the Vancouver Board of Parks and Recreation, spoke to the AGM about initiatives the City of Vancouver is taking to welcome more women to its golf courses.

Probert said members of women’s leagues that play at city courses will be encouraged to bring young women to the course as part of their league play. She also said the Vancouver Open, which is held each summer at Langara, McCleery and Fraserview, will be asked to provide better exposure for female participants.