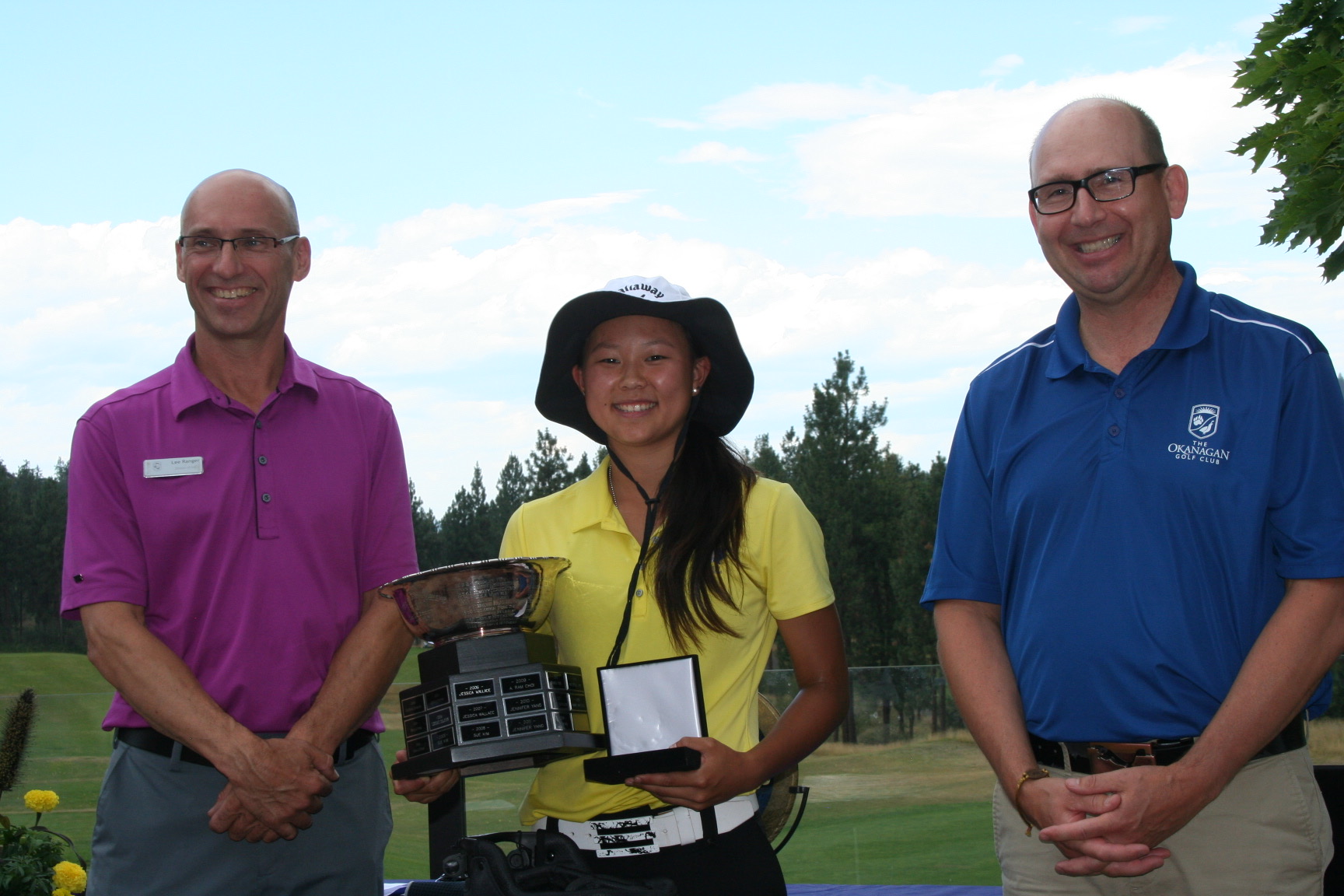 It wasn't exactly a nail-biter, but that doesn't take away from a very impressive performance by the 2017 British Columbia Junior Girls Champion, Alisha Lau.

Lau, who plays out of Quilchena Golf & Country Club in her home town of Richmond, once again posted the only score under par on the final day of the tournament on The Bear Course at The Okanagan Golf Club to finish the event at 9-under with a total of 279.

The win was doubly, or should we say triply, rewarding for the 17-year old Lau as she not only took home the hardware as B.C. Junior Girls Champ, she also earned a spot on the B.C. Team at the Canadian Junior Girls Championship August 1-4th at the Camelot Golf & Country Club in Ontario as well as learning that she had been named to the B.C. Team for the Canada Summer Games in Winnipeg July 28 - August 13th.

It's already shaping up to be a very special summer for Lau, who will attend the University of Colarado this fall on a full-ride golf scholarship.

Told by B.C. Golf Coach Keri Moffat following her win here in the Junior Girls Championship that she had been chosen for the Canada Games Team, Lau was overjoyed, saying, "It's something that's been on my mind for quite a while, I really wanted this so it's just great news."

Lau, a disciple of the Rob Houding Golf Academy, was never challenged from the first day here at The Okanagan Club when she set a ladies' course record at The Bear with a 5-under par 67. She lead from wire-to-wire taking an 8-shot lead into the final round, eventually extending it to a 10-shot victory with a bogey free 4th round of 2-under par 70.

Whereas she said winning the event feels 'unreal' it became apparent pretty early on that her biggest competitor was going to be herself, and that's how she viewed it during her final round, in which she put on a clinic of tee-to-green golf. "Not like it's a bad thing, but I wasn't feeling the pressure of playing," said Lau.

"I was just going out to compete for myself. To win the tournament is unreal and crazy and it's a great feeling to know that, even though I had some injuries I put my head down and did some work afterwards and I was able to come here and play well."

Finishing in second spot was Swan-e-set Bay's Esther Lee with a 1-over total of 289 after shooting an even par 72 on the final day. Lee will join Lau and 3rd place finisher Hannah Lee of Surrey, who was solo third with a 5-over total of 293, on the B.C. Team at the Canadian Junior Girls Championship.

In fourth place alone was Lau's Quilchena Clubmate Karen Zhang with a total of 6-over 294, while Angel Lin of Morgan Creek GC in Surrey rounded out the top 5, the 14-year old stumbling slightly on the final day with a 7-over 79 but still putting on a remarkable performance at such a young age.

In the Best Ball Competition, it was Lau and Hannah Lee taking the honours with a 4-round total of 22-under par and an 11-shot advantage over the 2nd place team of Michelle Zheng and Esther Lee. In 3rd place at 10-under was the Kelowna duo of Emma Sabbagh and Tiegan Taylor.

The 2018 B.C. Junior Girls Championship will take place at the Kimberley Golf Club from July 2-6th.