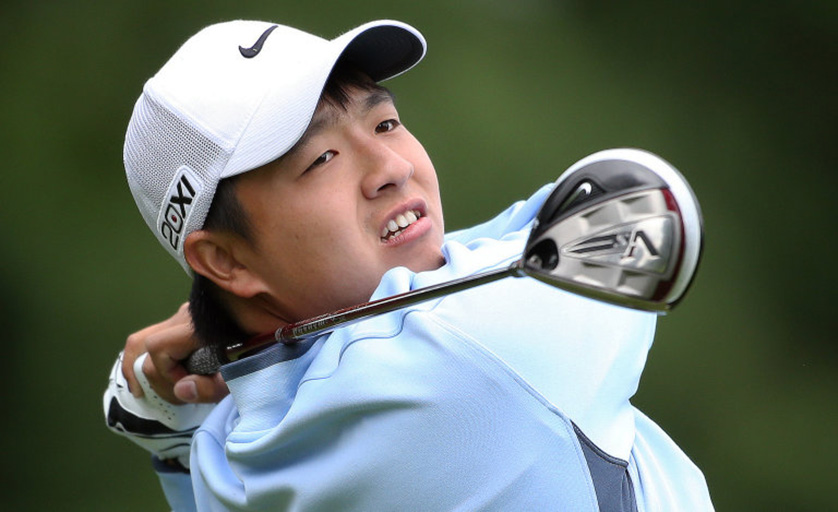 North Vancouver's Eugene Wong Is One Of Five British Columbians Who Will Tee It Up In The Final Stage Of Web.com Tour Qualifying On Dec. 10th - Image Courtesy Golf Canada

Four more Canucks advanced to the final stage of Web.com Tour Q-School on Nov. 20th, playing at two locations in the U.S.

Lucas Kim was the low scorer for the Canadians, carding 11-under thru 72 holes to finish alone in third place at the Plantation Preserve Golf Course & Club in Plantation, Fla. Just sneaking inside the cut line was Ben Silverman of Thornhill, Ont., who posted a 3-under score to finish T20.

Taylor Pendrith (Richmond Hill, Ont.)—also on the Young Pro Squad—earned status already by finishing inside the top-five on the Mackenzie Tour-PGA TOUR Canada.

Unfortunately for another trio of golfers from B.C. the news wasn't quite as postive as Ryan Williams, Brad Clapp and Seann Harlingten each failed to advance from the site in Beaumont, Calif. Williams and Harlingten missed by two shots while Clapp was three shots short.

All three players compete on the Mackenzie Tour-PGA Tour Canada circuit and likely will return there next summer for another crack at climbing the ladder toward the PGA TOUR.

Similar to all events on the Web.com Tour schedule, the finals will be contested over 72 holes.

All players who make it to the final stage of the Web.com Tour Qualifying Tournament will earn at least conditional status on Tour in 2016.