Video: SCGA Rules Crew - How Long Can You Search For A Ball Before It Is Deemed As Lost? (Rule 27-2C) 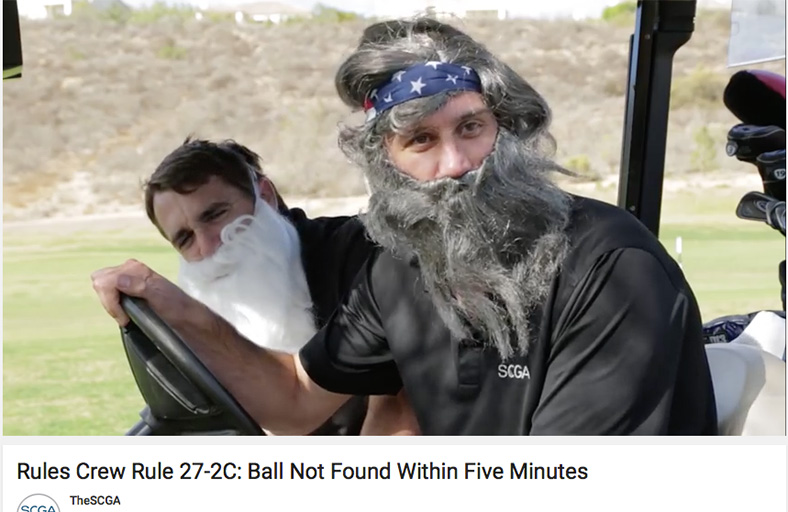 How Long Have You Been Looking For That Ball?

Everybody hates to lose golf balls but we all do, it's part of the game. And so is looking for them in the hopes that we can avoid either taking the penalty strokes or having to endure the angst of breaking out another brand new ball and maybe only getting one or two whacks at it.

We've also all been in the group behind someone who seems to take an eternity looking for their wayward shot, much like the guy in this SCGA Rules Crew video.

He clearly isnt' aware of Rule 27-2C regarding the time allowed to look for a ball before it is officially deemed as lost...but you will be, after watching the video.