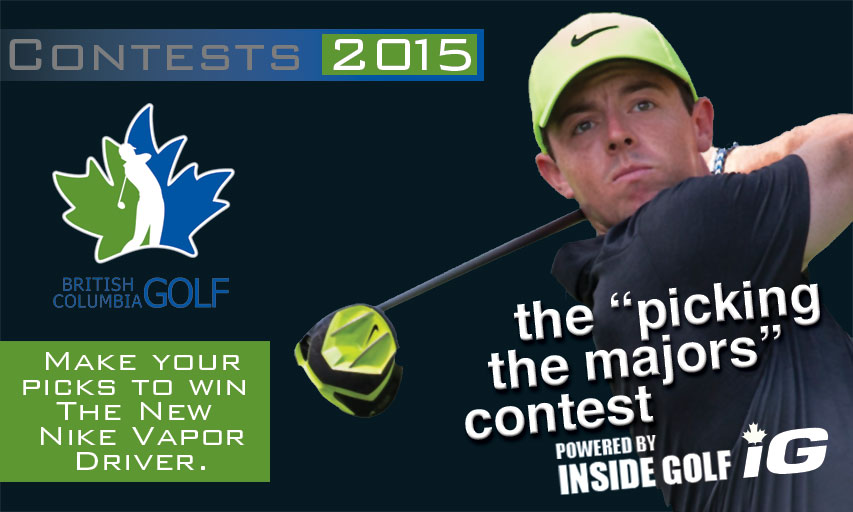 The Picking The Majors Contest powered by Inside Golf... Make your picks to win a Nike Vapor Driver!

They tee off next Thursday and it’s time to make your picks for the Open Championship. All entries will have the chance to win one of the hot, new Nike Vapor Drivers.

The amazingly easy “PICKING THE MAJORS” Fantasy Golf Contest. Simply pick the player from each pair who you think is more likely to do better at the year’s next major… and you are done.

Points are awarded in two ways... one for picking the player will do better out of each pair (10 points) plus bonus points for how highly your pick finishes.

The prizes associated with each Major are:

Please note that in the event one player from a pair does not compete due to injury, then all contestants who picked that player will automatically have their pick switched to the other player in that pair. This rule only applies when a player does not start the first round. It does not apply when they withdraw after competition has begun.

Note:
- The contest is open to all Canadian residents
- Each major is a separate contest.
- Ties will be broken first by the #11 pick (which includes 4 choices) and then via a blind draw.

Remember the idea is to pick who will finish in a higher position at tournament's end... and that may not necessarily be who has a greater likelihood of winning.

To see Senior Writer Alfie Lau's selections and the reasons why he makes his choices, click HERE