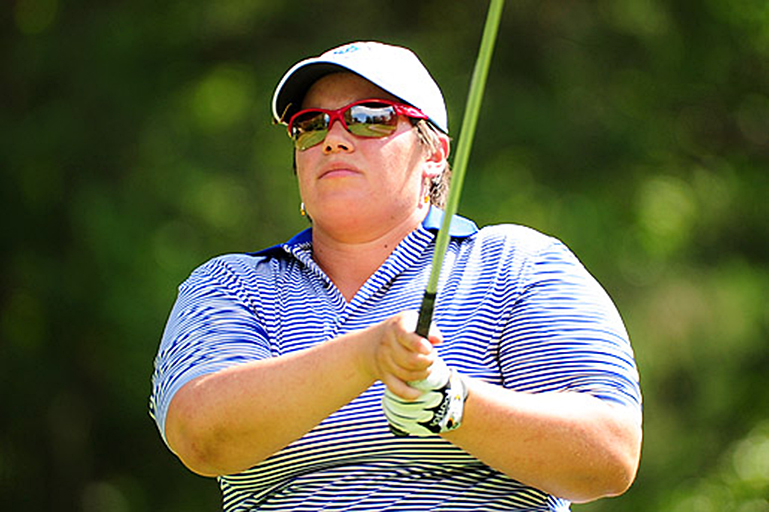 When 64 two-women teams tee it up from May 9-13 at the inaugural U.S. Women’s Amateur Four-Ball Championship at Pacific Dunes in Bandon, Oregon, there will only be one Canadian, Port Alberni’s Christina Spence Proteau, in the field.

But if you think that thought scares the 31-year-old, think again.

Last year, she reached the quarterfinals of the U.S. Mid-Amateur Championship in Indiana, playing 112 holes in 5 days, with all four of her matches going to 19 holes before she lost to four-time champion Meghan Stasi.

She did this while six months pregnant with son Jameson Mark, who was born three months later, on Dec. 7 at a healthy eight pounds and four ounces.

“It was the most amazing thing,” said Christina Lance, the United States Golf Association’s manager of championship communications. “I followed her and when she lost, I didn’t know whether to be happy that she could finally get a rest or disappointed that she was out of the tournament.”

With husband Jim on the bag and supporting his wife in whatever way he could, the Proteau team has been representing British Columbia well south of the border and Proteau has a chance to do so again at Pacific Dunes come May 9. 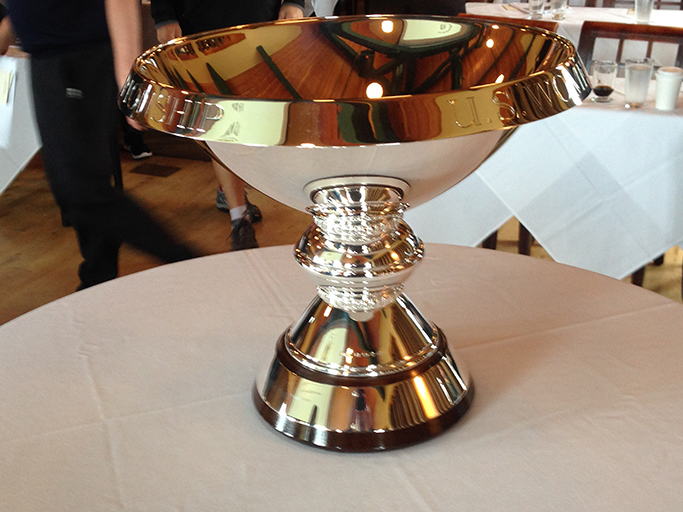 The new silver trophy for the Women’s Four-Ball will be given out on May 13 at Pacific Dunes in Bandon, Oregon

Proteau, along with partner Shawn Farmer of Bellevue, WA, qualified for the Four-Ball with a round of 70 at Gold Mountain in Bremerton, WA last August, just one week before Proteau’s heroics in Indiana.

Jim and Jameson will be on hand at Bandon to cheer on Proteau at perhaps the most scenic course in the Pacific Northwest. Designed by Tom Doak and opened in 2001, Pacific Dunes is universally loved by golfers for its scenic, but challenging ocean holes and its unforgettable vistas.

It’s no pushover though, as its course rating for the tournament is 76.1, with a slope rating of 146. “Four-ball is the most common game you’ll find being played at your local club or with your normal foursome,” said Lance. “We believe this is a great addition to amateur golf and we are really excited to bring this tournament to Oregon, our 33rd time we’ve held a USGA Championship in Oregon.”

The Four-Ball will feature all 64 teams playing 36 holes of stroke play on May 9 and 10 with the top 32 teams qualifying for the match-play portion of the event.

From there, it will take five wins over the next three days to determine the winners of the sparkling new silver trophy the USGA unveiled for the first time to the media on March 23 at Pacific Dunes. 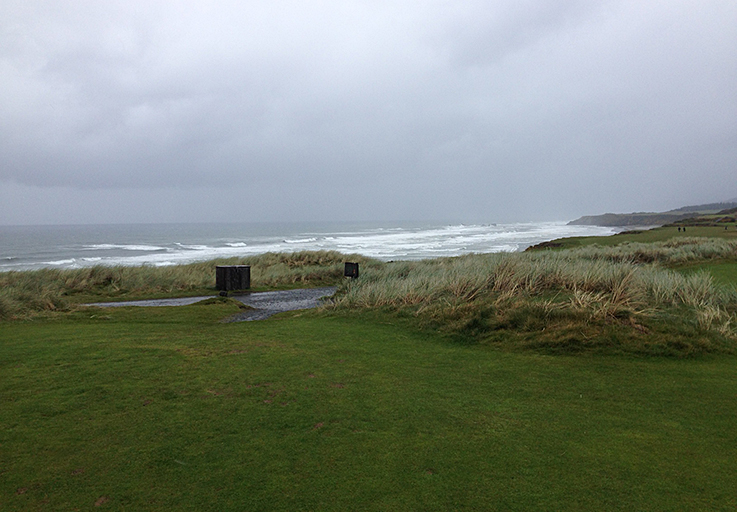 What will make the Four-Ball at Pacific Dunes even more interesting is that the wind blows early and often on the course, and while the course set-up will encourage aggressive play on short, driveable par-4s – five holes can play less than 338 yards – the notoriously tough greens at Pacific Dunes will ultimately determine the champion.

Add in five par-3s, four of which are on the back-9, and you have the makings of one of the most exciting new tournaments in the last decade.
Fox Sports, which recently signed a massive television deal with the USGA, will be televising the final 2 days of the tournament and will be experimenting with camera drones.

If that proves successful, don’t be surprised if those same camera drones are a part of their U.S. Open coverage at Chambers Bay in June.

As for Proteau, the 2005 University of New Mexico all-conference and academic All-America grad, she has a full schedule of provincial, national and international mid-amateur events to squeeze in before she returns to her full-time job as a prosecutor.

Proteau is exempt into the 2015 U.S. Women’s Mid-Amateur, which will be played Oct. 3-8 at Squire Creek Country Club, in Choudrant, LA.