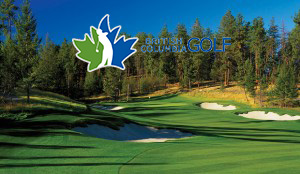 The governing body of amateur golf in British Columbia, representing more than 56,000 members at over 300 clubs across the province, British Columbia Golf provides programs and services which benefit golfers and golf facilities in the province and is also involved in national golf affairs through its affiliation with Golf Canada and the other provincial golf associations.

The development of athletes and coaches, the Playground to Fairway (P2F) School Golf Program and the Public Player’s Club are only some of the initiatives British Columbia Golf leads for golf in the province.

A voluntary Board of Directors and a newly established Zone Council make up the organization from a leadership perspective, delegating the day-to-day operations and the general administration duties of British Columbia Golf to its staff members.

British Columbia has long enjoyed a reputation as one of the premier golf destinations in North America. With unparalleled variety ranging from lush coastal rainforests to semi-arid desert, and spectacular natural scenery offering everything from breathtaking mountain views to ocean vistas, British Columbia’s golf courses offer something for everyone.

The International Association of Golf Tour Operators (IAGTO) named BC as the Best Golf Destination in North America in 2007. In recent years, 10 new British Columbia golf courses have made it to the lists of “Best New Canadian Golf Courses” as awarded by ScoreGolf Magazine, including a sweep of the top three in 2010: The Ridge Course at Predator Ridge in Vernon, Shadow Mountain in Cranbrook and Redstone Resort in Rossland.

The province’s popularity is due in large part to world-class courses designed by leading-edge golf architects. Arnold Palmer, Jack Nicklaus and Robert Trent Jones, along with well-known Canadian architects such as Les Furber and Thomas McBroom, are among the many who have worked their magic in British Columbia.