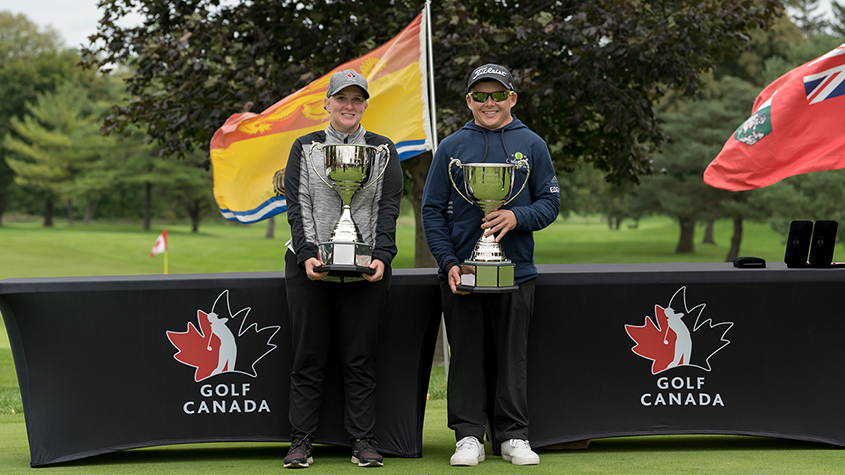 TORONTO – Kurtis Barkley and Natasha Stasiuk both completed wire-to-wire victories on Friday to capture their respective stroke play divisions in the inaugural All Abilities Championship at Humber Valley Golf Course.

Williamsburg, Ont., product Kurtis Barkley jumped to the early lead with an opening-round 69 and followed that up on Friday with a 3-under 67—the lowest score of the tournament.

“I usually set little goals and I try to minimize my mistakes—I try to play one hole at a time,” said Barkley, who is ranked No. 12 in the World Gross Ranking for Golfers with Disability (WR4GD).

The win extends a recent stretch of great play from Barkley, who also won his third consecutive title at the Ontario Disability Championship a week prior.

The 33-year-old finished with a 16-stroke cushion over silver medallist Craig Dowling of Vancouver. Rounding out the top three was Bob MacDermott of Sherwood Park, Alta., who closed with a score of 14 over par.

In the women’s stroke play event, Stasiuk carded rounds of 85-90 to finish at 35 over par. The Oakville, Ont., native finished 16 strokes ahead of silver medallist Tess Trojan of St. Catherines, Ont.

“Even though I know I didn’t have the best scores I never give up,” said Stasiuk, who also collected her third consecutive title at the Ontario Disability Championship last week. “I’ve played with Tess (Trojan) twice in a row now and it’s great. She’s always there for me and I’m always there for her.” 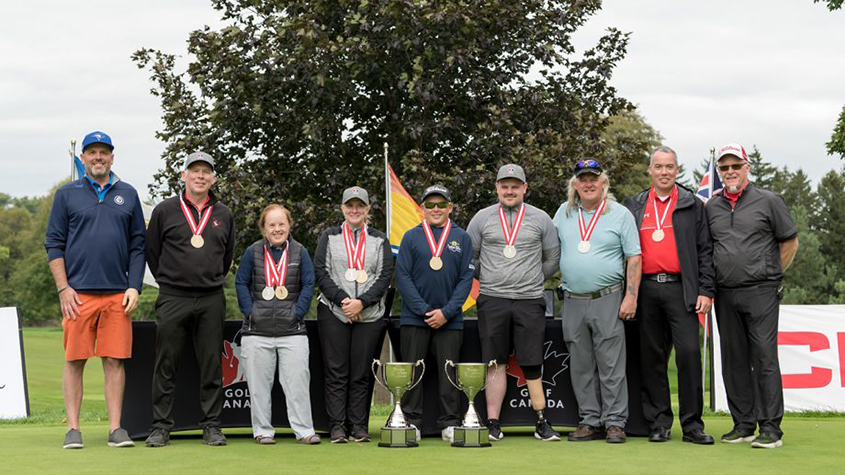 Tess Trojan emerged as champion in the women’s side, recording a total of 48 points while Stasiuk finished with 32.

On the men’s side, Glenn Babcock of Thornhill, Ont., captured the victory with a total of 72 points. Trailing him were Neil Washer (Trenton, Ont.) with 68 points and Barkley with 67 points.

A total of 31 players with neurological, intellectual, sensory, and physical impairments teed it up this week at Humber Valley—a municipal golf facility located on the west bank of the Humber River. The club invested a significant amount of capital in recent years to improve accessibility and course conditions to appeal to golfers of all ability and skill levels.

As a legacy of the inaugural Canadian All Abilities Golf Championship, Golf Canada was proud to donate a SoloRider (Para Golfer adaptive golf equipment) to the City of Toronto to support golfers with disability.

Golf Canada has worked with several partner organizations on the Canadian All Abilities Championship including Special Olympics Canada, Blind Golf Canada, Canadian Amputee Golf Association, Emeritus Golf, The R&A, EDGA, and others to ensure an inclusive and fair competition is provided to the athletes. The inaugural championship is proudly supported by Golf Canada national partners CP, Levelwear, Titleist & Footjoy, and Sport Canada as well as championship partners including Turf Care, the R&A and Dol Turf.

A venue for the 2022 Canadian All Abilities Championship will be announced at later date.