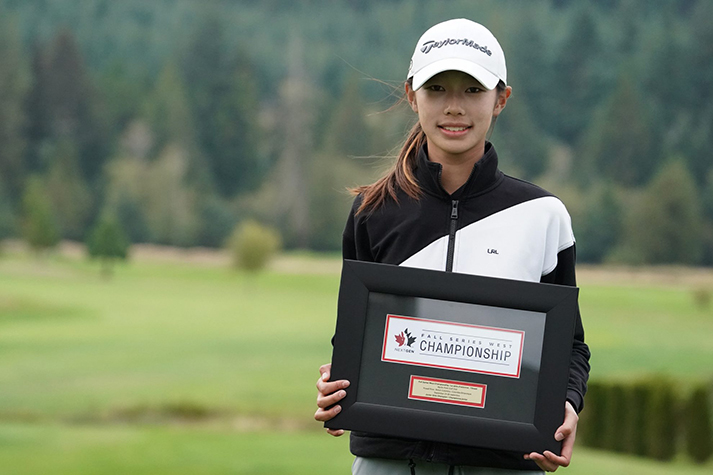 Powell River, B.C. — The final round of the NextGen Fall Series West Championship wrapped up on Saturday at Myrtle Point Golf Club with Tina Jiang securing a convincing nine-stroke victory in the Girls division and Hyunjun Lee earning the win in the Boys division.

The final round of the tournament was scheduled to conclude on Sunday Sept. 26, but the weather in Powell River, B.C. had other ideas. Due to an impending storm in the forecast the final 36 holes were all played on Saturday.

The early start didn’t phase Tina Jiang, who hails from Richmond, B.C. The 16-year-old cruised to the win on the strength of an opening-round 67 (-5) that set her up for the wire-to-wire win at 10 under par.

“The key to my success this week was my irons and my putting,” said the Richmond, B.C. native. “I made a lot of tough putts which helped me out quite a bit.” 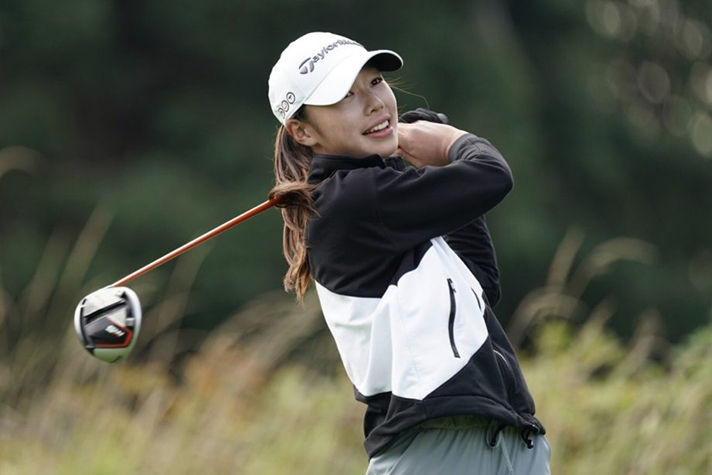 Jiang will be joined by second and third place finishers Martina Yu (Coquitlam, B.C) and Yeji Kwon (Port Coquitlam, B.C.) at the 2022 Canadian Girls Championship. Yu and Kwon finished 1 under and 3 over, respectively.

In the Boys division, 15-year-old Hyunjun Lee rallied for the come-from-behind victory with a score of 73—his third straight. The North Vancouver native began the day one stroke back of the lead and found himself trailing by that same margin heading into the final nine holes.

Lee was clutch after making the turn, carding a birdie on the 12th hole followed by an eagle on the par-5 15th. He finished the tournament with a three-stroke cushion. 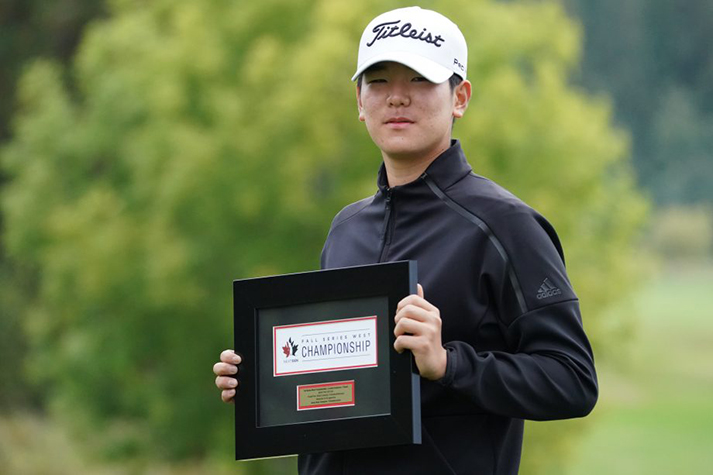 The third and final exemption into the 2022 Canadian Junior Boys was decided in a four-man playoff with Bjornson emerging victorious on the second playoff hole.

The tournament marked the second to be played this year in the NextGen series. Golf Canada has eight NextGen tournaments scheduled for 2022 leading with the NextGen Pacific Championship in May.