Team BC makes history at the 2014 North American Indigenous Games 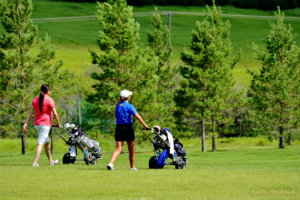 Regina, SK – Team BC has made history at the Regina 2014 North American Indigenous Games (2014 NAIG). They are the first team in the history of the Games to win both the Overall Team Title and the John Fletcher Spirit Award. The John Fletcher Spirit Award is presented to the contingent that best demonstrates the spirit of teamwork, fair play, respect and integrity throughout the NAIG competition week.

Team BC competed in 13 sports and won a total of 160 medals (63 gold, 49 Silver, 48 bronze) over the course of the competition week. This put the team in first place, just one medal ahead of Team Saskatchewan – the Host province. This is the first time BC has won the Overall Team Title at the NAIG.
“It was a real nail-biter,” said Lara Mussell, Team BC’s Chef de Mission. “We exchanged the lead with Team Saskatchewan several times throughout the Games and it came down to the last few events of the final day. What makes this win even more special was also being awarded the John Fletcher Spirit Award. The team’s performance, perseverance and conduct, both on and off the field, exemplified the ideals of the North American Indigenous Games: The Spirit—Strong, Brave, True.” Team BC’s success is credited in no small part to the social legacy resulting from the Cowichan 2008 North American Indigenous Games. Several prominent provincial Aboriginal organizations (including the BC Association of Aboriginal Friendship Centres, First Nations Health Council, and Métis Nation BC) came together to develop a new provincial strategy for Aboriginal sport, recreation and physical activity. That process led to the creation of the Aboriginal Sport, Recreation and Physical Activity Partners Council (Partners Council), the agency that now oversees Team BC. Over the past six years, an inclusive regional structure has been established to support the delivery of community-based Aboriginal sport development programs. “This was a complete team effort,” said Rick Brant, Director of the Partners Council. “We assembled an amazing group of athletes, coaches, volunteers and Mission Staff, and from day one they made their presence felt in Regina. The Aboriginal sport delivery system that we have created has shown tremendous success. But we simply couldn’t have reached new heights at the NAIG without the support of our three Partner Agencies, the Provincial Sport Organizations and the significant investment the Provincial Government has made towards Team BC and our ongoing sport development programs.” In preparation for the 2014 NAIG, the Partners Council, in collaboration with a number of Provincial Sport Organizations, established a comprehensive process to select and prepare a contingent of 500 Aboriginal athletes and coaches that represented British Columbia at the Regina 2014 NAIG, including Aboriginal Provincial Championships and Athlete Development Camps.