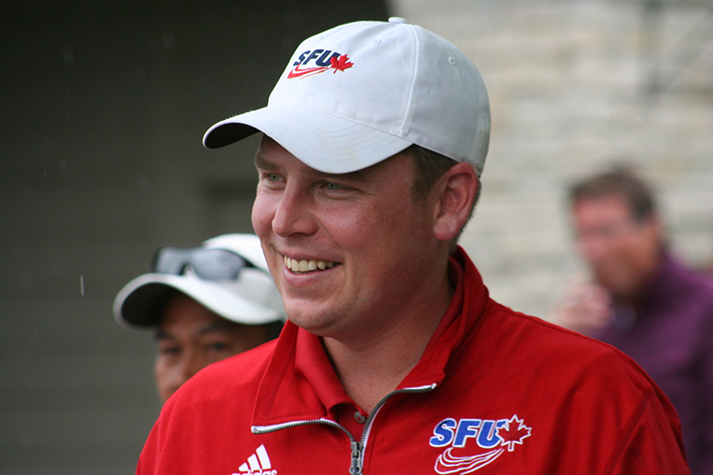 Emily Leung also became the first member of Simon Fraser golf to be named to 1st team NCAA Division II All-American roster. The men's team set program records for lowest scores over 18 holes, 36 holes, and 54 holes. They also earned two tournament wins and finished top four in five out of six events. They ended the shortened season as the number one ranked team in the west region and the number 18 in NCAA DII.

Meanwhile, the womens' team set (and re-set) program records for lowest scores over 18 holes and 36 holes. They also earned two tournament wins and finished top 3 in five of six events. They ended the season as the number four ranked team in the west region and the number 18 in NCAA DII and was named SFU President's Team of the Year

"I am honored to be recognized as the NCAA Division II, West Region Coach of the Year especially knowing that my fellow NCAA Golf Coaches voted me in. Reflecting on why I feel particularly proud to receive this achievement, it dons on me that it serves as an acknowledgment of our entire team's hard work, dedication and attitude of continuous growth.

In 2016 when I became Interim Golf Coach, it really felt like I had landed a dream job. Coach John Buchanan was a true friend and mentor, starting in 1999 when I myself was a high school senior exploring golf programs to attend across North America. His legacy allowed me to step into the program with a pre-established foundation and his vision and voice is still present in many ways today.

Our sport is unique for College athletics. We train as a team of ten, hold internal qualifiers to select a team of five that travels to competitions, play individually during the tournament rounds, but then add our top four out of five individual scores to post a team score. So, while golf is indeed an individual sport, it's ever more important for a Coach on course to adapt to the unique needs of all five players and … at times it feels like you're a jockey in a race with five horses going at once!

Having been involved in the golf industry for over 10 years in various roles, I recognize the importance of being an engaged member of the golf community. I hold membership in both the Golf Coach Association of America and the PGA of Canada. My involvement in the golf community helps me deeply appreciate the opportunity and privilege I have in representing Canada's only NCAA golf program. We have an exceptional team of Coaches and Administrators supporting us and I am optimistic as we move our vision and goals ahead fervently. I know that we are just getting started in our pursuit towards excellence"