Video: We've Heard Of Being A Long Driver...But This Is Ridiculous 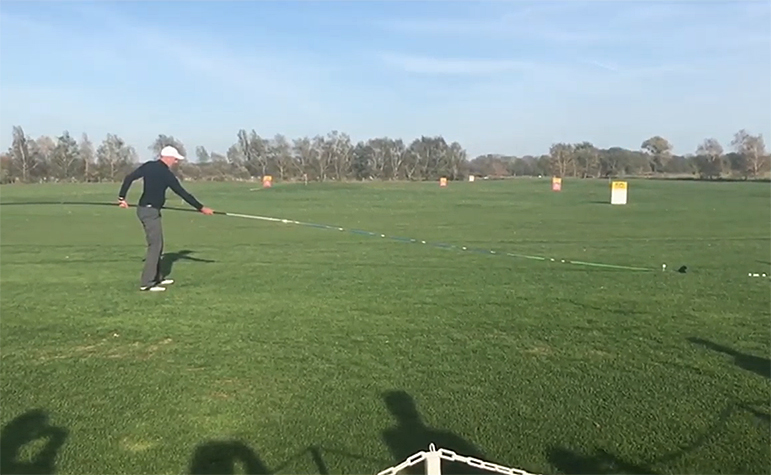 Golf Trick Shot artist and 3-time Guiness Book of World Records holder, Karsten Maas, is at it again. Maas, who has been a golf professional for 30 years is mainly known as a trick shot artist and hits some amazing shots with unusual (to say the least) golf clubs.

One of his staples is hitting a ball with clubs measuring further in shaft length than some of us hit the ball itself.

Already the holder of the record for hitting a shot with 'The Longest Useable Club' Mass recently 'added' to his mark by swinging, connecting with a ball, and hitting it over 90 yards... using a driver that measured nearly 37 1/2 feet in length.

To get an idea of Maas' other Trick Shot abilities watch this video.