Garrett Ranks Among The Best With Western Amateur Title 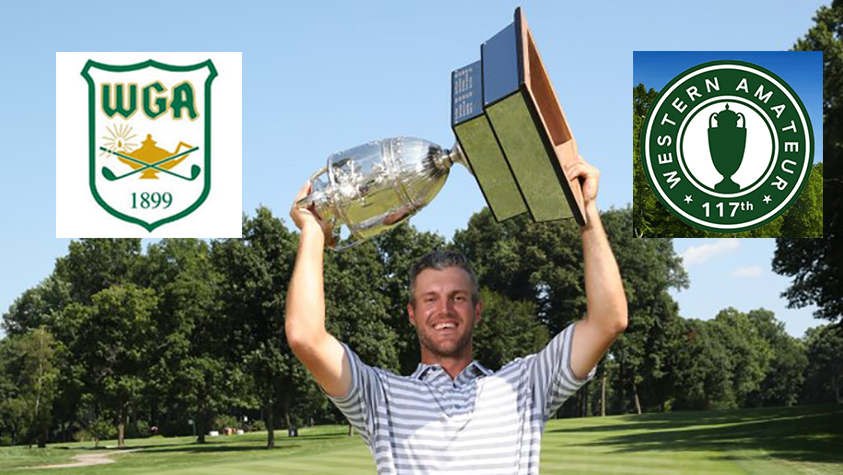 The vast majority of the Western Amateur field was made up of collegians – incoming freshmen, current players and fresh graduates.

Then there’s Garrett Rank, a 31-year-old Canadian who competes in golf in the summer and referees NHL hockey in the winter. Rank is one of the most impressive mid-amateurs in the game, yet his legend grew this week at Point O’Woods Golf Club in Benton Harbor, Mich.

Rank outlasted the kids for a Western Amateur title – a win that's unheard of for a thirty-something in today’s amateur climate. In fact, he becomes the first mid-amateur to win this title since 1997.

The foreshadowing came from Rank’s own mouth on Friday evening, after playing his way to the semifinals.

“I’ve been playing a lot of really good golf the last three or four weeks,” he said.

ABOUT THE WESTERN AMATEUR
Invitational event, known to many as the 'Masters of Amateur Golf.' Quite probably the hardest amateur tournament to win.

156 invited players come from across the globe to play one of the toughest formats in amateur golf. The tournament starts with 18 holes of stroke play on Tuesday and Wednesday after which the field is cut to the low 44 scores and ties. Thursday it's a long day of 36 holes of stroke play to determine the “Sweet Sixteen” who compete at Match Play on Friday and Saturday (two matches each day if you're going to the finals) to decide the champion.
View Complete Tournament Information