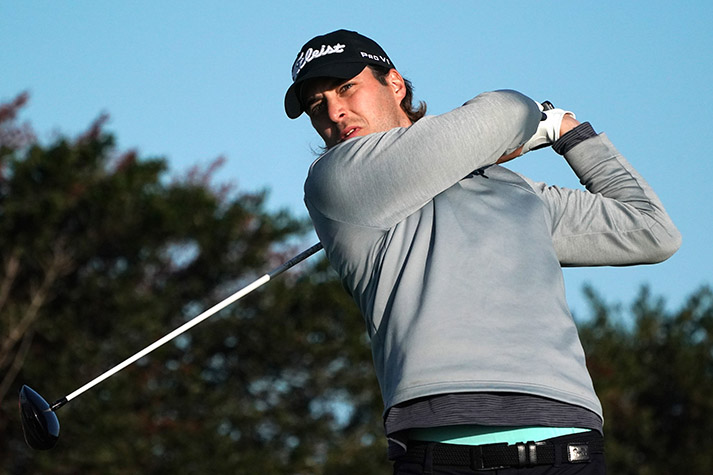 You want to know what keeps James Allenby going, why he hasn’t given up chasing his professional golf dream? Well, for starters, rounds like the one he shot Monday at Kings Links Golf Course in Delta.

The 34-year-old from Langley fired a seven-under 65 to top the 43-man field at a regional qualifier for next month’s RBC Canadian Open.

Rounds like that one stoke the inner belief that fuels Allenby’s desire to make it as a professional golfer, despite the many setbacks he has endured over the last decade.

“Part of it is I kind of burned my bridges in college,” Allenby said after his round Monday. “I didn’t graduate or anything so I don’t really have anything to fall back on. Another reason is this is all I know, this is all I want to do, even if it sucks that I am in the same spot year after year trying to get ahead, trying to get sponsors or trying to get starts in big events. Eventually, it is going to happen. I know my game, I know my level.

“That (inner belief) is absolutely why I keep going. If I didn’t have any kind of belief in myself I’d be done. I don’t know what I’d be doing, shovelling something.”

Allenby played a flawless round Monday. His round was bogey-free and all but one of his seven birdies came from inside 15 feet. “It was one of those rounds where if you were to just sit down and map it out, it was pretty much it. Just birdie all the easy holes and par the tough ones. It was very stress-free.” 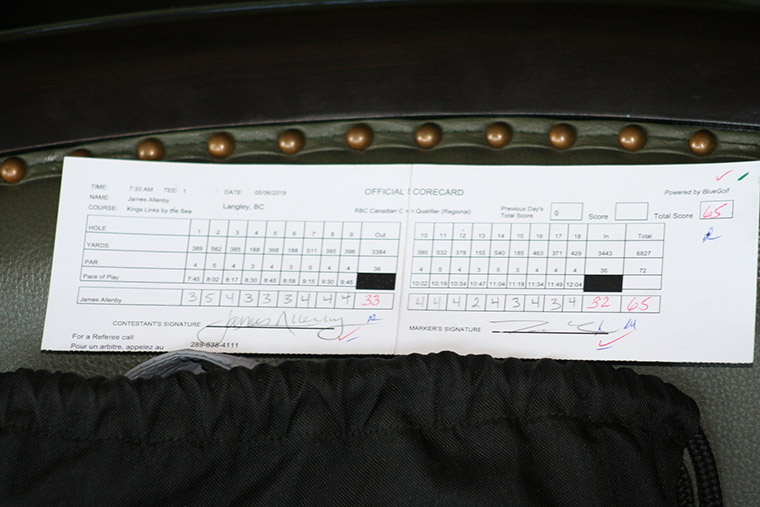 Allenby is looking for a place to play. He has had past status on the Mackenzie Tour-PGA TOUR Canada circuit and the PGA Latino America Tour but hasn’t played well enough to keep his card. He has twice made it to the second stage of the European Tour qualifying school and this past fall failed to get through the first stage of the Web.com Tour Q-School. He also came up short at the Asian Tour Q-School in December.

Allenby does have an exemption into the Mackenzie Tour’s season-opening event, the Canada Life Open at Point Grey Golf & Country Club in Vancouver, later this month. Allenby, who has played well the past couple of years on the Vancouver Golf Tour, hopes to take another run at qualifying for the Asian Tour later this year. “I hadn’t really been playing too well lately, part of it is just the timing in my golf swing,” he said. “It has been a little bit off, but today obviously it was there, it was back.” 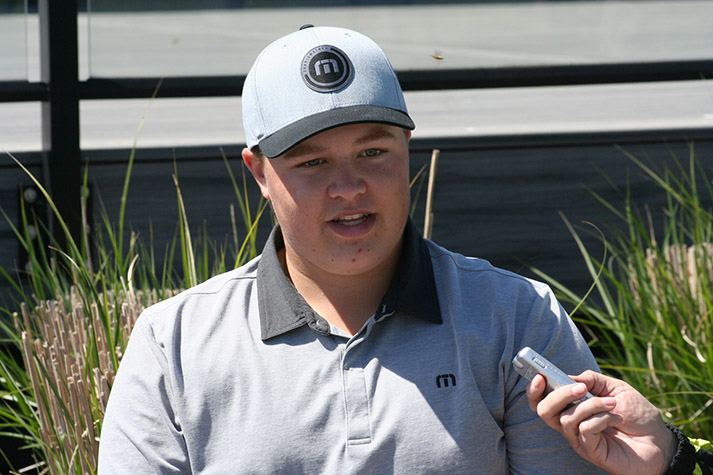 Allenby was one of five British Columbians to advance to the final qualifier for the RBC Canadian Open. Tsawwassen’s Austin Hughes finished alone in second place after shooting a four-under 68. Amateur Mitchell Thiessen of Chilliwack tied for fourth with a one-under 71, while fellow amateur Thierry Martine of Victoria, Noah Lee of Langley and Mewail Kidane of Vancouver were part of a five-way tie for sixth spot at even-par.

Hughes got his round started in style when he eagled the par 4 first hole by holing a wedge from 100 yards. “It was great,” Hughes, who plays out of Beach Grove Golf Club, said of his round. “I have been battling some back issues the last two and half weeks. I haven’t been playing too much, just kind of taking the pressure off, but I was in Arizona for six months and working on my game pretty hard. It is improving, it is going in the right direction so I am happy about that. Good things to come, hopefully.

“Kings Links is very tough, it’s firm and you have to be very precise where you land your scoring clubs. You can’t throw any wedges at the pins. It is a very different game but it is very rewarding to shoot four-under. I will take it.” 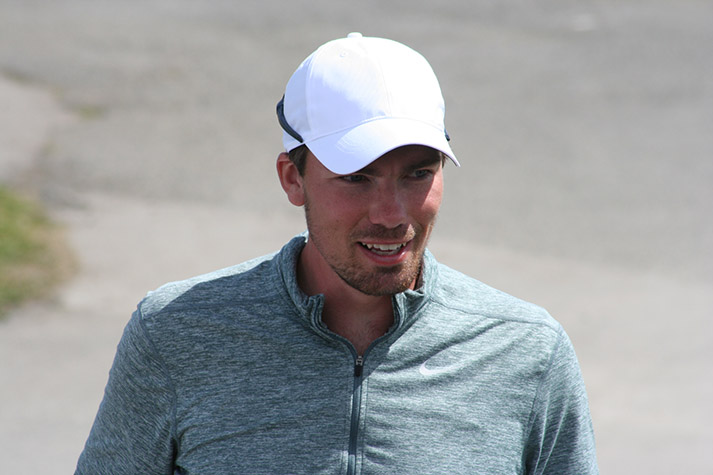 An Eagle On The Opening Hole At Kings Links Got Tsawwassen's Austin Hughes Off To A Great Start. He Would Finish At 4-under On The Day And Earn One Of The Qualifying Spots

Like Allenby, the 24-year-old Hughes is looking for a place to play. His back forced him to withdraw prior to last week’s Mackenzie Tour Q-School at Crown Isle Golf Resort in Courtenay and he plans to try and Monday qualify his way into the first few events of the Mackenzie Tour.

The 20-year-old Thiessen came to Kings Links on Monday looking to keep his game sharp for another big event he has coming up later this month. Thiessen plays for Rocky Mountain College in Billings., Mont., and his team has qualified for the NAIA National Championship tourney, which goes May 21-24 in Mesa, Ariz. “I’m just trying to get some rounds in so I am ready for that,” Thiessen said. “This was a no-brainer as a one-dayer.”

Raoul Menard of Ange-Gardien, Que, finished alone in third with a three-under 69. Menard is looking forward to another crack at the final qualifier at Heron Point. Last year, also at Heron Point, he missed a playoff for the last spot by just one shot.

Other players who advanced Monday at Kings Links included Calgary’s Wes Heffernan, who tied for fourth after shooting 71, and Nova Scotia residents Bradford Curren and Eric Banks, who both shot even-par 72s and tied for sixth.

The Canadian Open goes June 6-9 at Hamilton Golf & Country Club. The 10 players who advanced in qualifying on Monday at Kings Links will undoubtedly be dreaming about being a part of the big show.