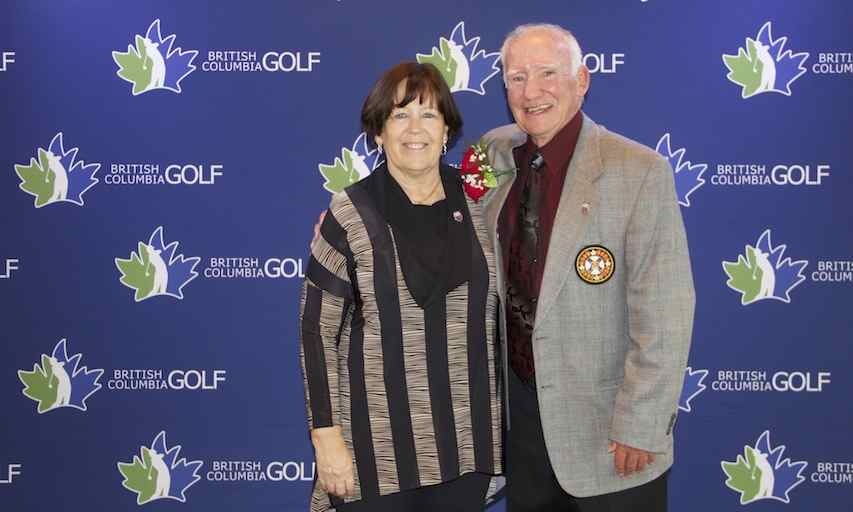 Betty Clark and George Faithfull were honoured over the weekend with the Distinguished Service Award. The two devoted volunteers were acknowledged with the distinction for their hard work and significant volunteer contributions to British Columbia Golf.

Congratulations on the award were extended to Faithfull by Doug Alexander, President of Golf Canada, demonstrating that the volunteer contributions of Faithful have been acknowledged at all levels of golf in Canada. Hailed as a mentor, Faithful has volunteered at countless events provincially and nationally, his hard work never waning.

British Columbia Golf is proud to recognize Clark and Faithfull for their tireless volunteer efforts over their many years of contribution.