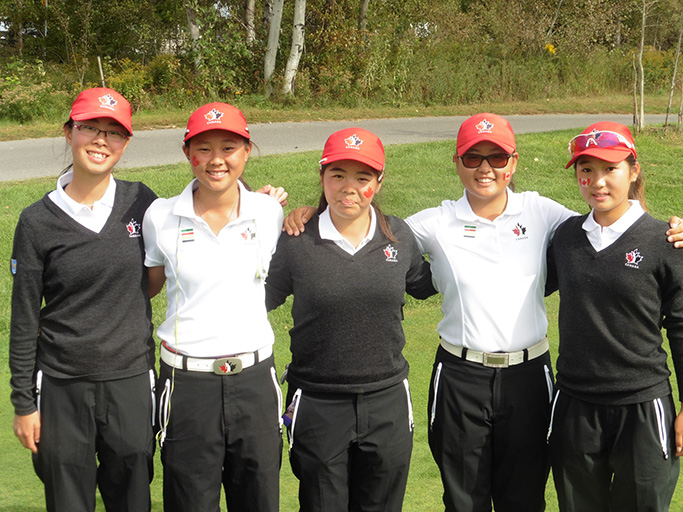 The Five Members Of Team Canada Who Flew From BC To Play At The Marshes Were, From Left, Tiffany Kong, Alisha Lau, Kathrine Chan, Hannah Lee And Euna Han - Image Credit Alfie Lau

It was a chilly final day for the World Junior Girls Championship at The Marshes in suburban Ottawa, but nothing could cool down Hye-Jin Choi and the South Korean girls.

Choi walked away with the individual title, with a stunning (-7) round of 65 to finish at (-12) 276, seven strokes clear of Denmark’s Cecilie Bofill. Choi shot under-par for all four of her rounds and salted away the title early, making four birdies on the front nine to stake herself to a comfortable five-stroke lead over Bofill as they made the turn.

Choi, the youngest member of the South Korea team at just 16 years old, had held the third-round lead and was a co-leader on the opening day of this 72-hole stroke-play tournament.

Choi’s teammates, 17-year-olds Eun-Soo Jang and Shin Hye Kim, finished in a tie for fourth place at (-1) 287, which allowed the South Koreans to run away with the team title, an 18-stroke advantage over the Danes. Sweden finished third in the team competition.

For the six Canadians – five from British Columbia – who comprised Team Canada 1 and 2, it was a learning experience playing against the best u-19 golfers in the world.

Han, the youngest golfer in the entire tournament, played with a maturity beyond her years, finishing T37 at (+31) 319.

Lee struggled, especially with her bunker play, but still had a smile on her face each morning before she teed off. Lee finished in 39th position at (+32) 320. 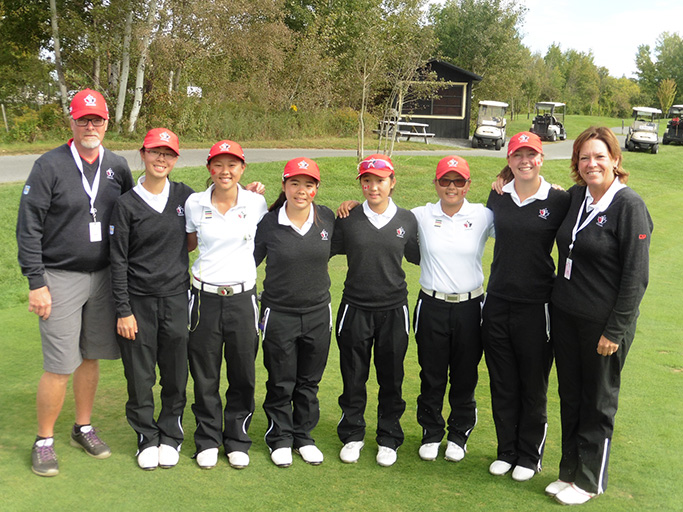 Team Canada coaches Ann Carroll (Team Canada 1) and Mike Martz (Team Canada 2) reflected on their week with the young golfers. “I really enjoyed working with these girls and while the result wasn’t what we wanted, I hope that the girls had fun out there, learned a lot about their games and take the positives from here and build on it.”

Carroll was also effusive in praise for her team. “Grace learned a lot about herself this week because she had the pressure of being the hometown girl,” said Carroll.

“Tiffany, I loved her demeanour. She’s so steady, doesn’t get rattled and you could see that in how she played. Hannah, she’s a good player who just had a tough week, but she was a great teammate.”

Team Canada 2 finished 13th in the team competition, one spot ahead of Team Canada 1.

For full results from the 2015 World Junior Girls Championship at The Marshes, please click here: