Patrick Weeks Of Shaughnessy Is The First-Round Leader At The British Columbia Golf Mid-Amateur At Talking Rock In Chase. Weeks Shot A (-2) Round Of 70 - Image Credit Alfie Lau

The 54-hole event – cut to top 70 and ties after 36 holes – opened under grey skies and some rain, but that didn’t stop three golfers, of the 97 who started the tournament, from breaking par on the par-72 6,641-yard track.

Shaughnessy’s Patrick Weeks shot the low round of the day and leads the Mid-Amateur standings after he shot a (-2) round of 70. He’s one stroke ahead of Point Grey’s James Decker, who leads the Mid-Masters, and Daniel Brown of Christina Lake Golf Club. Decker and Brown both shot (-1) rounds of 71.

Another stroke back, at even par 72, is Ryan Mulhern of Point Grey and Jordan Belton of the Vancouver Golf Club. Weeks is on a hot streak, as his opening round comes on the heels of a runner-up finish in the Marine Drive Amateur last week. “I’m happy with how I played,” said Weeks. “The greens are really good and I’m happy with how I putted.”

Weeks took advantage of the par-5s, making birdie on the first three, at 3, 7 and 10, with the only blemish on his card being a bogey at the par-4 13th. A real estate agent, Weeks didn’t even play a practice round at Talking Rock because he chose to spend more time with his wife and new 16-month-old son.

After finishing second last year, losing in a playoff to Victoria’s Craig Doell, Weeks has goals beyond winning the Mid-Amateur title. “I’d love to win, obviously,” said Weeks. “Nobody likes to be a bridesmaid, but I’d also love to be a part of the BC team for the Canadian Mid-Am and I’d love to win the Mid-Am so that I could qualify for the Canadian Open.”

Defending champion Craig Doell of Victoria shot a (+4) round of 76, which was a roller coaster right from the start. Doell didn’t have his first par until the sixth hole, as he opened with a bogey, and followed it up with back-to-back birdies and then back-to-back bogeys. 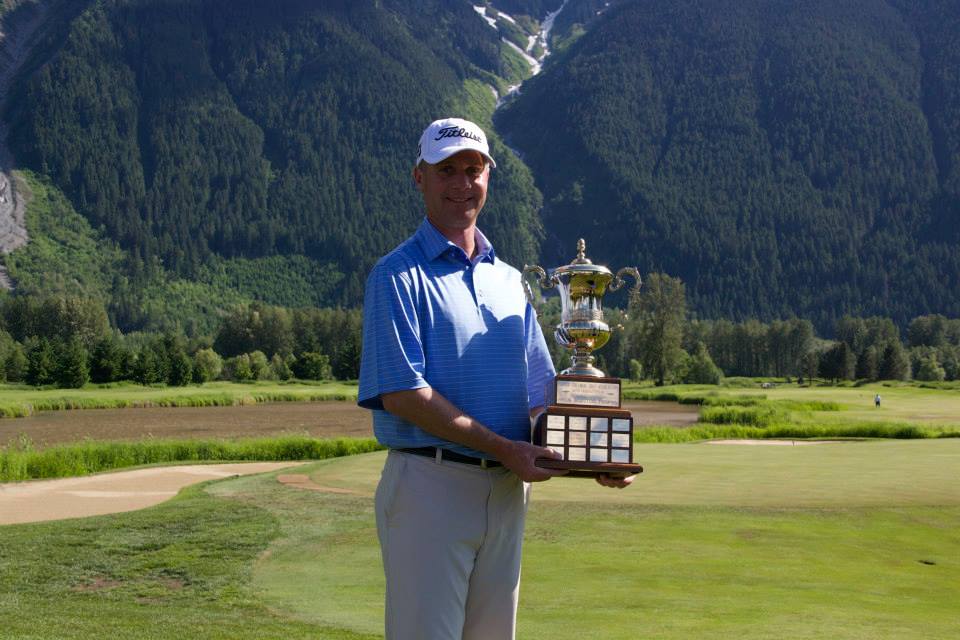 Doell was trying to get his round in at or near par, but he had a disastrous final hole, hitting into the trees and bushes on the left and making triple bogey. “I tried making the hero shot but it just didn’t work out for me,” said Doell.

Doell is recovering from an injured left elbow, which occurred last August when he was trying to get his daughter out of the way of two horses. “The two horses didn’t get along and one of them kicked at the other and I was in the way,” said Doell. “The elbow’s coming, it’s not 100 per cent, but it’s coming.”

British Columbia Golf is enforcing its Group Pace of Play policy, with both penalties and warnings assessed during Round 1. The second round of the Mid-Amateur and Mid-Master at Talking Rock starts at 7:30 a.m. Wednesday, June 3.