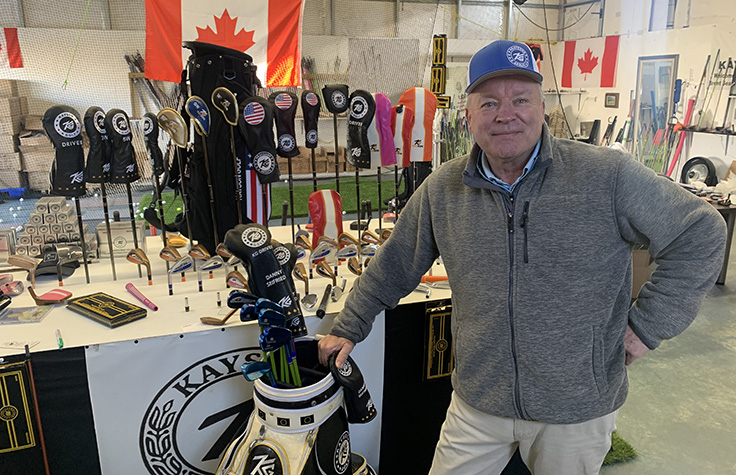 Like so many Canadian kids, Danny Seifried had a hockey stick in his hands long before he ever touched a golf club.

Seifried played junior hockey in the Kitchener area of southeastern Ontario and liked to fiddle with his stick to try and get the most of out of his slap shot.

He wasn’t introduced to golf until the pro at one of the local clubs invited Seifried and a few of his teammates, who included future NHLers Don and Dave Maloney, Paul Reinhart and Gaston Gingras, out for a round.

He handed them sets of rental clubs and off they went.

Seifried remembers being flabbergasted that everyone was given identical golf clubs even though they were all different sizes. Seifried, shorter than most of his teammates, did okay with the rentals.

His teammates? Not so much. “So here’s these big guys and they are like this, all bent over, and I'm looking at them and going, oh man,” Seifried says. “They were hacking it and hitting it everywhere. Dave was so mad and the language... it was not a family show.”

A couple of bad shoulders sidelined Seifried’s hockey career and that same golf pro offered him a position as an apprentice pro. “I told him I was really dumbfounded about the clubs,” Seifried says. “We all had different-sized hockey sticks.

"No one was the same. I said, 'you know the experience that those guys had, I don’t think they are ever going to play golf again'. . .Then I was like, 14 clubs, one hockey stick. I said, okay you’ve got my juices flowing here, I am kind of interested. I started tearing them apart.

"The first set of clubs that I got I tore them apart and totally wrecked them, I mean I destroyed these things. But then I put another set together, and they were a little bit better, then another set, a little bit better. After going through quite a few sets it was like 'boom that feels pretty good.'”

A life-long fascination with golf and the clubs we use to play the game had begun for Seifried, who now operates Kayson Golf, a boutique company that crafts custom clubs for clients out of his large shop in south Delta.

It has been quite the golf journey for Seifried.

Before he got really serious about club-making, Seifried became a very good player. He played on the Canadian Tour for a time and won the 1981 Thunder Bay Open, beating the likes of Moe Norman and Dan Halldorson. Norman become a friend of Seifried’s and a huge golfing influence.

Like many young Canadian golf pros, Seifried wintered in Florida. To make ends meet, he played the guitar and sang for tips during Happy Hour at a local golf course. It was during one of his performances that he made a connection with the eccentric Norman, who was also from the Kitchener area.

Seifried had heard from a friend that one of Norman’s favourite songs was Anne Murray’s Snowbird. “So next week Moe walks in and I start singing, “beneath this snowy mantle cold and clean,” and he walks by and says, ‘8 o’clock, 8 o’clock, be there, don’t be late, don’t be late’ and he walks out the door.”

That was Norman’s way of inviting Seifried to join him the next morning at his personal driving range, which happened to be an old abandoned airstrip outside town. Seifried spent several years chasing his pro golf dream and set several course records along the way.

He spent some time on the South African Tour, where he met and became a close friend with David Frost. Frost would later use a set of Seifried’s clubs when he played in the Masters. 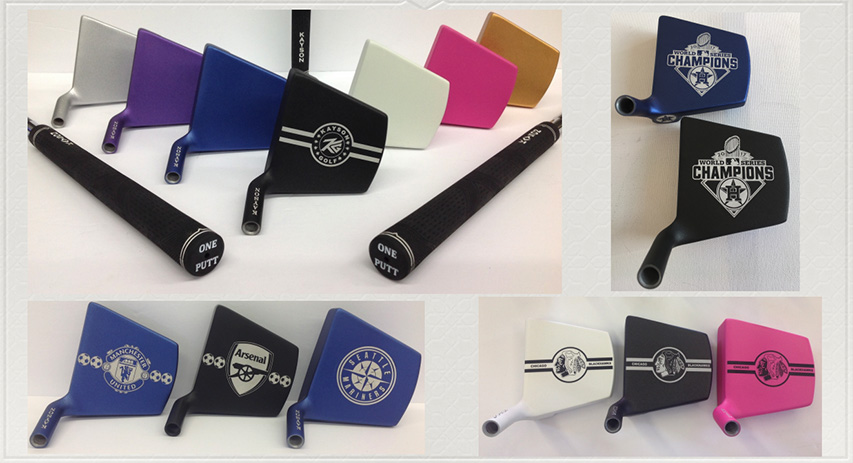 But Seifried’s biggest passion was club-building. He set up shop a few years ago in Delta. Set between two huge agricultural fields, his shop is located in a large barn-like structure next to his house. Inside, Seifried’s work on display.

His signature putters were the first to hit the market, but he has since added everything -- and we mean everything -- to complete the set. In addition to drivers, fairway woods, hybrids, irons and wedges, Kayson has also produced its own line of bags, gloves, grips and balls.

Seifried made recently retired Chicago Blackhawks defenceman Brent Seabrook one of his custom putters with the Blackhawks logo emblazoned on the top a few years ago. Seabrook then told Seifried his teammates all wanted one so he shipped the whole team putters.

Seabrook, a Tsawwassen resident, said thanks a few months later when he brought the Stanley Cup the Hawks won in 2015 to Seifried’s Delta shop. A large photo of that visit hangs proudly on one of the shop’s walls.

Kayson’s putters are top-heavy, because Seifried has moved most of the weight above the equator. “This is the most phenomenal putter,” he says. “I will put it up against anything and where it becomes super-phenomenal for my clients is that it’s heavy, it swings itself. It is the easiest thing in the world to catch onto because you don’t have to try to hit the ball. You have to make a pendulum and let the ball get in the way. The length of your pendulum determines the length of your putt. It was pretty simple.”

Seifried’s goal was to design clubs that could be tailor-made to fit players of all abilities. “I have been doing this for so long I can’t stop inventing and creating and wanting to make clubs that will make it better and easier for people to love the game,” he says. “It’s the game I love. I have given my life to it.”

Each set he makes is custom made to fit the player. And he can do that without seeing the client in person. “They don’t even have to come in,” he says. “I just need two videos based on your swing. Then I am taking the height, weight, inseam, arm length, shoe size, waist size, glove size, and power source. That is the data that we need.”

Power source is determined by asking a player what club they use from certain yardages. “If the guy says from 100 yards I am hitting an 8-iron he doesn’t have a whole lot of poof,” Seifried says. “If a guy says I am using a 60-degree that guy has some power. “Once I have that information all I am doing is marrying the proper lie, loft, length, swing weight, static weight, grip size and frequency of shaft and you are done.”

Kayson’s clubs don’t come cheap. A full set will run you at least $3,500. Putters go between $350 and $650. But he swears they will improve your game. Kayson’s graphite shafts, which come in an array of different colours, contain a proprietary feature that acts as a torque controller. The cavity back irons feature strategically placed weights to add weight beneath the ball’s equator. Kayson’s grips feature circles to choke up or down on and guide lines to adjust your grip to hits draws or fades.

Derek Wray of Surrey is one of Kayson’s satisfied customers. Wray, who occasionally competes as an amateur on the Vancouver Golf Tour, is on his second set of Kayson clubs. “I have been playing his clubs for about four years now,” Wray says. “I met him through a friend of mine. At that time he just had the putter, he didn’t have the clubs yet. He was working on the molds for the irons and woods. I fell in love with the putter. It was awesome and would roll so true.

“I wanted to explore more of his club-making abilities and I haven’t been disappointed at all. They are the best set of irons I have ever hit in my life. I like the feel of them. I used to hit the ball so low and now my ball flight is much higher. I also like the way they react on the greens when you are coming in with a 4- or-5-iron from a longer distance. They hold the greens really nice. Danny has helped my game immensely.”

Jason Huber, a high-handicapper from Surrey who has only been playing golf for a couple of years, just got his first set of Kayson irons and has noticed an immediate improvement in his game. “I went out to his shop and tried his irons,” Huber says.

“I couldn’t believe how well I was hitting them. My ball was going straight, I used to have a crazy left swipe. He convinced me to buy a set and I have played three rounds with them and the guys I am playing with right now are laughing their asses off. They are like what have you done? I’m like, I don’t know, I just got some clubs that are custom-made for me.”

Huber just added a Kayson driver to his bag. “I just played my first round with it and I am literally crushing this thing,” he says. “It is insane.”

Next on Seifried’s to-do list is a line of women’s clubs. And if you are wondering where the name Kayson Golf comes from, Kay was Seifried’s mom, who had nine sons and a daughter.

“And of course I was her favourite son,” Seifried says with a laugh.