Any disappointment Duncan’s Callum Davison was feeling about coming up one shot short in the Canada Life Series finale at TPC Toronto was softened when the 20-year-old realized he would be receiving first-place money.

The event was won by 19-year-old Quebec amateur Laurent Desmarchais, who was not eligible to accept the $9,000 first-place cheque. That went instead to Davison, who had a good couple of weeks in Toronto. He tied for second in the first of two Canada Life Series events at TPC Toronto.

“I clued in after the fact that I was going to get the winning cheque, so that was nice,” Davison said in a telephone interview.

“I played pretty solid both weeks. He got me by one. I made a little bit of a mistake on 17 that kind of cost me, but birdied 18 to at least give myself a chance. But then he made a 10-footer on the last hole.”

The Mackenzie Tour’s Canada Life Series consisted of four 54-hole events. The first two were held on the Mountain and Valley courses at Bear Mountain, just outside Victoria. Davison missed the cut in the series opener, but rebounded to tie for sixth in the second event at Bear Mountain.

He finished the series fifth on the points list, which earned him conditional status on the 2021 Mackenzie Tour. He is guaranteed two starts next year and he could parlay that into more events if he plays well. “That is the goal,” Davison says. “I will probably still go to Q-School if they hold it next year to try and get into that top 12 and get the six starts.”

Davison, who declined a collegiate scholarship offer to the University of Nevada and instead turned pro at age 18, is now off to England to play in a qualifying school for the PGA EuroPro Tour. It is a developmental tour that Davison played in 2018 after turning pro.

The big winner was Yi Cao, a Chinese national who recently moved to Delta. Cao, now a member at Beach Grove Golf Club in Tsawwassen, finished first overall and receives an exemption into the 2021 RBC Canadian Open as well as six guaranteed starts on the 2021 Mackenzie Tour. 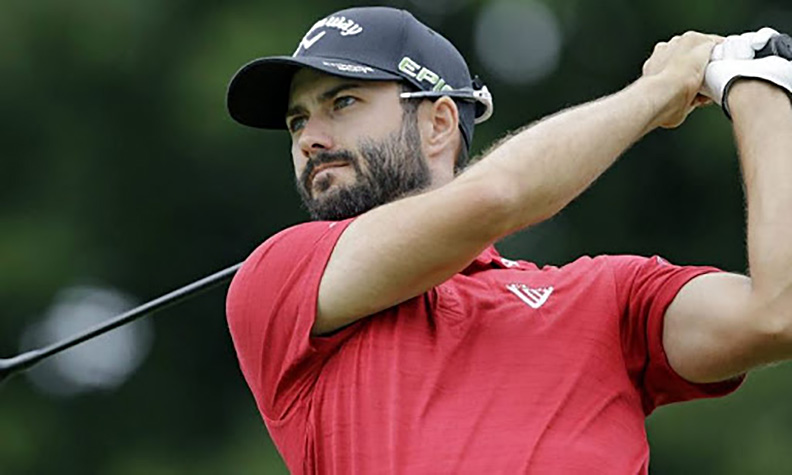 OPEN NO. 5: Abbotsford’s Adam Hadwin will be making his fifth U.S. Open appearance this week at Winged Foot Golf Club in Mamaroneck, N.Y. Hadwin’s best finish came in his U.S. Open debut in 2011 at Congressional Country Club in Bethesda, Md., where he tied for 39th. He tied for 60th in 2017 at Erin Hills Golf Course in Hartford, Wis. Hadwin missed the cut in 2013 at Merion Golf Club in Ardmore, Penn., and in 2018 at Shinnecock Hills Golf Club in New York.

POOL TIME: The Vancouver Resource Society for the Physically Disabled is once again holding its U.S. Open golf pool. Entries are $25 each and the winner receives $7,000. Deadline for entries is 3 a.m. Thursday. Entries are available at vrs.org.

DEAL DONE: Birchbank Golf Course in Trail is being sold to Viaggio, a Delta-based hospitality company. The Trail Times reports that the deal to sell the course to Viaggio will close next month.
Birchbank has been in receivership since April, but has been continuing to operate while a buyer was sought. According to The Times, members of the club were informed in a letter from the receiver that the deal was done.

“The Receiver has been advised by the proposed purchaser that they have now cleared all subjects on the offer and we will be closing the sale to Viaggio (Birchbank) Golf Ltd on Friday, Oct. 16, 2020,” the letter said. “The purchaser has substantial capital backing and significant experience in the hospitality industry. The purchaser has advised that it is their intention to invest capital into the course and restaurant and continue to make further improvements to the course and clubhouse once they have closed the sale.”

CHIP SHOTS: Merritt’s Roger Sloan missed the cut by a single shot as the new PGA TOUR season began at the Safeway Open in Napa, Calif. . .Mark Calcavecchia, who won the 2005 Canadian Open at Shaughnessy Golf Club in Vancouver and the 1997 Greater Vancouver Open at Northview Golf Club in Surrey, disclosed this past week that he has tested positive for COVID-19.