Harry White, A Champion Of Junior Golf In B.C., Passes At Age 72 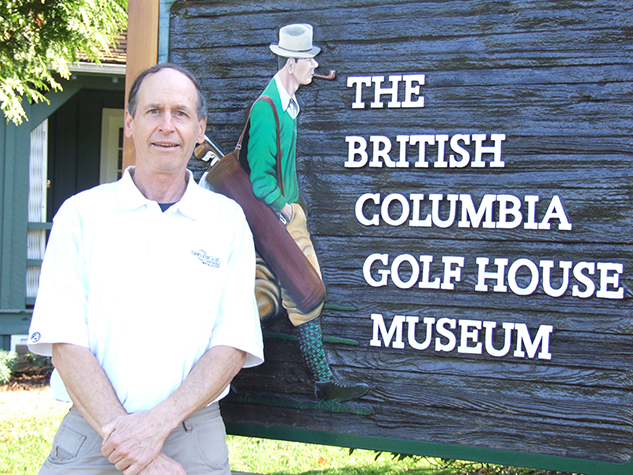 The Golf Community Has Suffered Another Unfortunate Loss With The Passing Of Harry White, Seen Here At The BC Golf House Museum - Image Courtesy Brad Ewart

The British Columbia golf community is mourning the passing of Harry White, a tireless promoter of junior golf who influenced the lives of countless youngsters and made an enormous contribution to the game.

White died Tuesday in Vancouver following a lengthy illness. He was 72. White was a longtime member of Marine Drive Golf Club in Vancouver and ran the Junior Linkster Golf Tour where kids as young as five years old learned the game.

“Nobody has given more to junior golf in Vancouver than Harry White,” said Tim Tait, the head professional at Marine Drive, where White had been a member since 1957.

“Harry is responsible for introducing thousands of kids to the game of golf in B.C.,” added fellow Marine Drive member Doug Roxburgh, the 13-time B.C. Amateur champion. “He put forward non-member kids for membership at the club that he came across and felt could benefit from being there.” 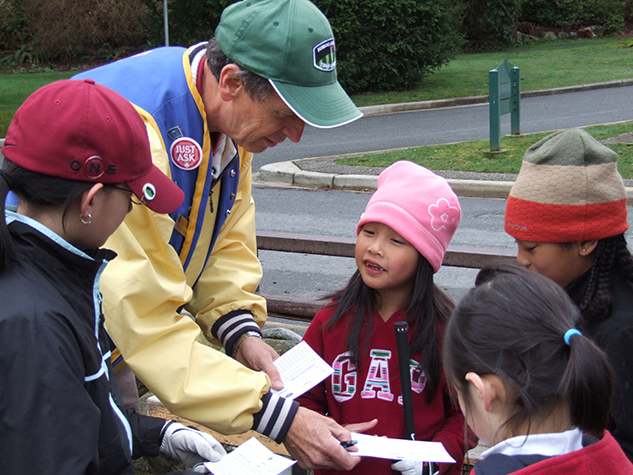 Harry White Is Seen Here Doing What He Loved And Maybe Did Best, Making Kids Happy And Introducing Them To The Great Game Of Golf

One of those kids was Richmond’s Chris Crisologo, who is now a member of Golf Canada’s national amateur team. Crisologo, a senior on the Simon Fraser University golf team, said White had a profound influence on his life that extends far beyond golf.

“I will always remember the passion he had for the game and the way he gave back to the community and kids,” Crisologo said in an interview. “He spoke a lot to us about the integrity of the game. That kind of passion and integrity has carried on through my golf and how I view the game.

“And it was more than just golf. He helped me get into Marine Drive as a junior and from there you learn respect and everything. He graduated from Vancouver College and he wrote me a nice little letter to help me get into the high school. There were just so many small things he did for me over the years that have touched and influenced my life.”

White was a huge supporter and organizer of the annual Junior America’s Cup competition that features 18 teams from 12 western U.S. states, two Canadian provinces and Mexico.
Crisologo played on two America’s Cup teams captained by White -- in 2011 in Colorado and again in 2013 in Hawaii. Crisologo visited with White just days before his passing. 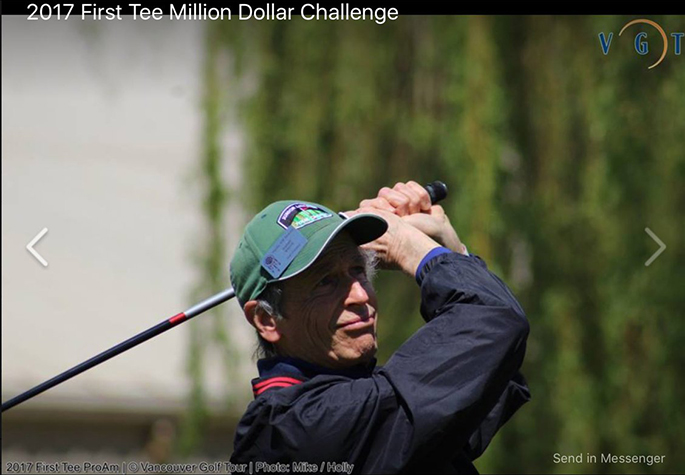 White, along with his late brother Dick and Michael Riste were founding members of the B.C. Golf Museum, which opened its doors on the grounds of University Golf Club in Vancouver in May of 1989.

Riste, whose tireless efforts have helped keep the golf museum afloat, said White’s support was crucial in getting the museum up and running. “When we built the golf museum, all I’d have to do was tell Harry, we need some insulation or I need drywall, and the next thing I knew it would arrive,” Riste said.

But Riste said White’s legacy will definitely be his contribution to junior golf. In addition to the Junior Linksters Tour, White and his late business partner Fred Wellsby started a Junior Zone tour in the Vancouver area that helped produce many top players.

“I wouldn’t even want to guess how many guys at Marine Drive played the junior tour, were good players and Harry got them into Marine Drive as junior members,” Riste said. “If there were 100 down there it wouldn’t shock me. . .Junior golf will definitely miss Harry White.”

While best known for his work supporting junior golf, White was also a fine player in his day. He played alongside Roxburgh on two Willingdon Cup teams for British Columbia. The team of White, Roxburgh, Johnny Russell and Dave Mick won the Willingdon Cup in 1972 at Earl Grey Golf Club in Calgary.

White was the stroke-play medallist at the 1969 B.C. Amateur Championship at Richmond Golf Club, but fell to Roxburgh in the match play semi-finals. Roxburgh, who visited with White just days before his passing, remembers winning that match on the 20th hole. He chuckled while reminiscing about the match. 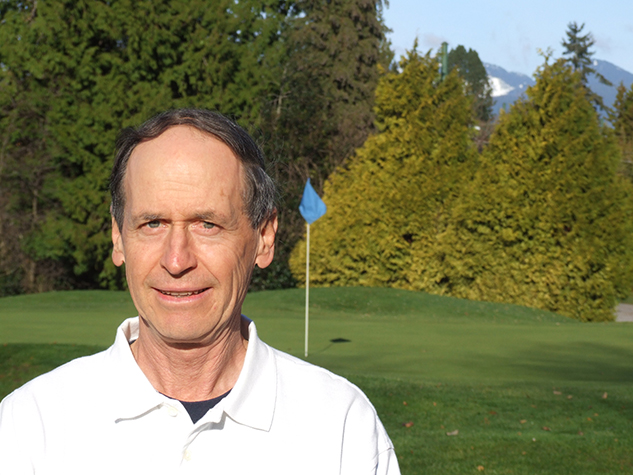 “I think on the second hole I hit a wedge six inches from the hole and Harry turns to me and says, ‘I never give birdie putts.’ He made me putt it. I also remember he got it up and down on 18 to take it to extra holes and I beat him on the 20th.

“He was a very good player. He kind of had a funny swing. He had a dip in his backswing, he dipped his head down and his left knee down. But he was a strong guy and could hit the ball pretty solid. Back in his heyday he was a very good putter.”

White was also a past Vancouver City Amateur champion. Later in life, he turned pro and made an unsuccessful attempt to qualify for the Senior Tour. “Harry was a fine player and in his prime always a contender,” said Kris Jonasson, longtime executive director of British Columbia Golf. “As a builder, Harry was an unequalled champion. Golfers will miss his passion, his mentorship, but will always remember the legacy he leaves behind.”

Riste said a celebration of White’s life will be held later this month at Marine Drive Golf Club. Riste also hopes to set up a junior golf scholarship in White’s name.