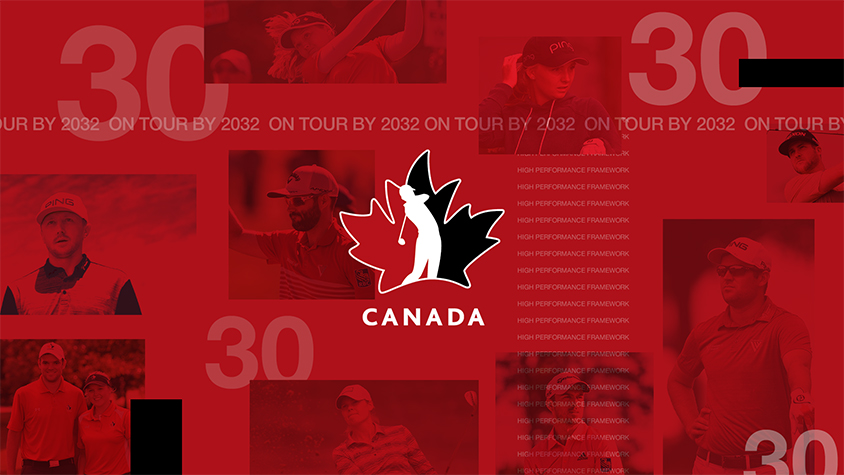 Golf Canada is undertaking an integrated and multi-faceted enhancement of its high-performance program to accelerate Canada’s position in the global professional golf landscape.

The National Sport Federation announced last week (Feb. 23rd) a strategic framework for its player development program with a stated primary objective to increase the cumulative number of Canadian athletes on the LPGA and PGA TOUR to 30 by 2032. 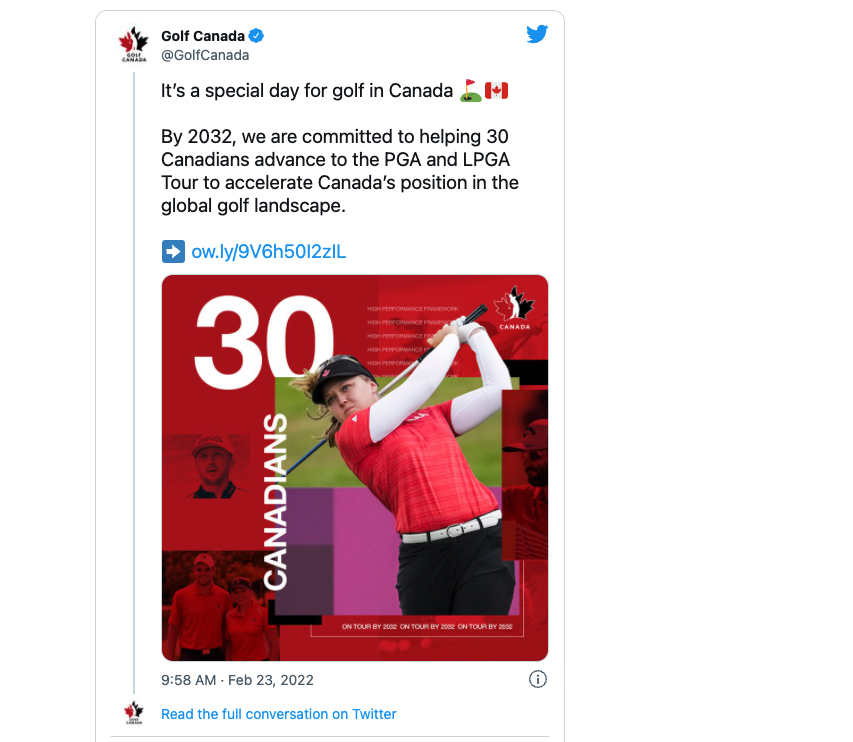 The enhancements to Golf Canada’s player-development program are outlined in a detailed update authored by Chief Sport Officer Kevin Blue and will be presented in full at Golf Canada Annual General Meeting on March 2.

“Canada has made significant progress in the development of world-class golfers in the past decade and is poised to take another step forward,” said Blue. “Over the past year, we undertook an in-depth analysis of global golf, consulted with numerous stakeholders who are involved in Canadian high-performance golf, and created the framework for an updated strategic plan for Canada to develop more world-class golfers.”

Golf Canada’s enhanced investments in player development are financially supported by a group of generous donors who have made initial major gifts totalling $13.5 million through the Golf Canada Foundation. Paul McLean, CEO of Turf Care and former president of Golf Canada and Golf Canada Foundation has made a lead gift of $5 million – the single largest gift ever directed towards Canadian high-performance golf.

“The achievement of our players on tour is a source of pride for everyone involved in Canadian golf,” said McLean who served as president of Golf Canada in 2015.

“I am thrilled to support the effort to increase the number of Canadians on tour and we look forward to seeing even more Canadian flags on worldwide leaderboards.”

Major gifts were also committed by The Kavelman Fonn Foundation, John Francis, Jean Monty, David Kaufman, Steve Lister and Dr. Molly Rundle, and a pair of donors who wished to remain anonymous. These generous donors are part of the Golf Canada Foundation Trustee program, which provides critical philanthropic support for important Canadian golf initiatives such as player development and First Tee. Golf Canada Foundation is continuing to identify Trustees who are interested in supporting the Team Canada player development program and expanding First Tee across Canada. 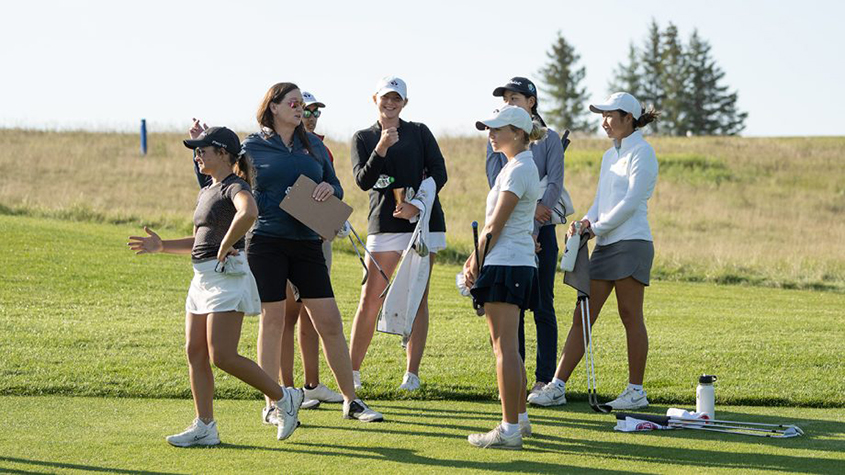 The strategic enhancements for the Team Canada player development program were shaped by in-depth feedback from numerous stakeholders in Canadian high-performance golf and a global comparative analysis of other countries’ efficiency success in producing world top-200 players. The analysis considered factors such as participation base, culture, and financial investment into high-performance golf, with particular focus on countries such as Denmark, Sweden, Australia, and England that that are geopolitically and culturally similar to Canada.

“Canadian performance on the world golf stage continues to advance significantly since the original implementation of the player-development program and this is a transformational moment for Canada to take the next step forward towards the top-levels of global golf,” said Golf Canada CEO Laurence Applebaum.

“Fueled by incredible philanthropic support, stakeholder collaboration, and a systemic enhancement to our player-development system, Canada is well positioned to deepen our talent pool of athletes and become a world-class golfing nation.”

One of the first enhancements to occur in 2022 will be the creation of a national infrastructure for identifying and developing the most promising early-stage juniors in Canada (i.e., ages 10-14), with Team Canada Women’s Head Coach Tristan Mullally transitioning to the newly created position of National Talent Identification Director. In this new capacity, Mullally will provide additional resources to the parents and coaches who work with the most promising young juniors in Canada. He will also facilitate the development and implementation of local talent identification camps in every province.

Mullally will transition into the new role over the coming months and a search will begin immediately for a head coach to oversee the women’s program as well as an additional assistant coach to complete the women’s coaching staff.

Golf Canada will continue to seek stakeholder feedback on the systemic enhancements to the player development system over the coming weeks. A formal presentation will be made on March 2 as part of Golf Canada’s Annual Meeting.