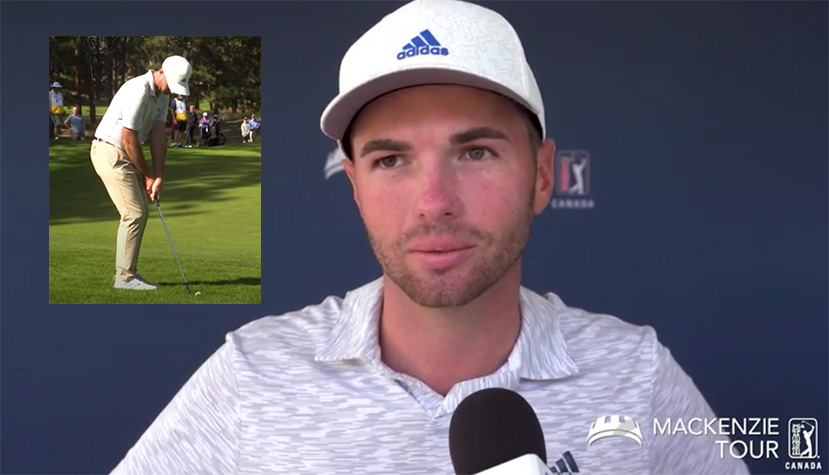 Blair Bursey won the tournament, but Callum Davison earned the big prize as the Mackenzie Tour concluded its season with the playing of the Reliance Properties DC Bank Open presented by Times Colonist at Uplands Golf Club in Victoria.

Davison’s ninth-place finish in Victoria was enough for him to clinch the No. 1 spot on the points list and earn exempt status for the 2022 season. The 21-year-old Duncan native also earned one other big perk, an exemption into the 2022 RBC Canadian Open.

“It’s definitely cool,” Davison said of what will be his PGA TOUR debut. “It will make me work harder in the off-season, not that I wasn’t going to already, but I’m super excited for the moment.”

Davison turned his season around late this summer. After struggling on the Forme Tour in the United States, where he had full status, Davison decided to return to Canada and play the Mackenzie Tour.
He won two events, the Brudenell River Classic in Prince Edward Island and the GolfBC Championship at Gallagher’s Canyon Golf Club in Kelowna, and did not miss a cut in his five Mackenzie Tour starts.

“It’s huge,” said Davison. “Coming off a pretty bad season, turning it around by going back to Canada and playing how I think I can play and what I have worked for has paid off a little. I can’t wait for next season.”

Davison finished the Victoria event at seven-under par, three shots behind Bursey, a Gander, Nfld. native who ended the season second on the points list. Players finishing second through fifth on the points list are exempt through the first reshuffle next season.

Bursey had a one-stroke margin over four players, including 17-year-old Victoria amateur Jeevan Sihota. “Obviously, it hurts a little bit to come up one shot short, but it was a good week and I scrambled well today to keep myself in it,” Sihota said.

PASSING GRADE: Kimberley’s Jared du Toit has advanced to the second stage of the Korn Ferry Tour qualifying school. Du Toit tied for 12th last week at a first stage site in Dayton, Nev., where the top 21 players advanced. The second stage will be held at five sites over the next two weeks.

SOLID START: Merritt’s Roger Sloan, who played well to finish the 2020-21 PGA TOUR season, posted a solid result in his second start of the new 2021-22 season. Sloan tied for 14th at the Sanderson Farms Championship in Jackson, Miss. His total of 17-under par was five shots behind winner Sam Burns. Sloan earned $127,750. Abbotsford’s Adam Hadwin tied for 45th at 10-under and made $20,846. Sloan, Hadwin, Abbotsford’s Nick Taylor and Adam Svensson of Surrey are all in the field for this week’s Shriners Children’s Open in Las Vegas.

KAT COMES BACK: Kat Kennedy, an assistant pro at Point Grey Golf & Country Club, won the PGA of BC Women’s Championship at Northview Golf Club in Surrey. Kennedy, who played her collegiate golf at the University of B.C., won the two-round stableford scoring event with 66 points. 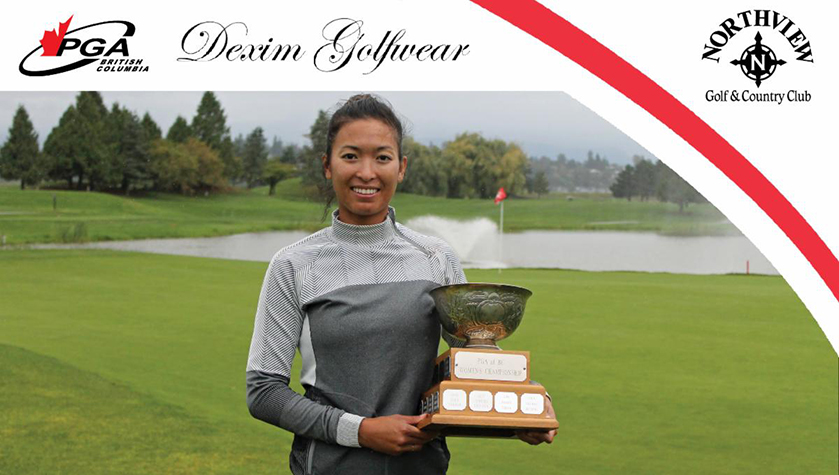 PGA of BC Photo

Kat Kennedy With PGA of BC Women's Championship Trophy

That was three better than second-place finisher Michelle Waters of Shaughnessy Golf & Country Club. It was Kennedy’s first win since she captured the 2018 Alberta Women’s Amateur Championship. “It feels amazing,” Kennedy said. “It’s been a while since I’ve had a win and doing it while playing amongst some great ladies was a great experience for me.”

BIRDS SOAR: The UBC Thunderbirds men’s and women’s teams each won team titles at the Warrior Invitational at Lewis-Clark State College in Lewiston, Idaho. Freshman Emily Li earned her second Cascade Collegiate Conference title of the season with a two-round total of 145. The UBC women won their third title of the season with a 592 total. Ethan de Graaf, Dylan MacDonald and Michael Valk each shot final-round 70s to allow UBC to tie Lewis-Clark for the men’s team title.

NG HOT FOR HAWAII: Simon Fraser University’s men’s team tied for third at the Western Washington University Invitational, which was played at Loomis Trail Golf Club in Blaine. Simon Fraser was paced by Ryan Stolys, who tied for fourth at three-over par. That was four shots behind winner Keith Ng of the University of Hawaii at Hilo. Ng hails from Richmond and is one of three B.C. players -- Dustin Franko of Delta and Junghwan Lee of Langley are the others -- on the Hilo golf team. Ng has won two of three starts this season.

CASCADE LEADER: Nanaimo’s Eli Greene led the University of the Fraser Valley Cascades to the team title at the recent University of Calgary Invitational. Greene fired rounds of 74 and 71 at Priddis Greens Golf & Country Club to win the individual title by one shot. UFV won the team title by 12 shots over the host Calgary Dinos.

MID-AM MOMENT: Vancouver’s Nonie Marler had a nice run at the recent U.S. Women’s Mid-Amateur Championship in South Carolina. Marler, a member at Marine Drive Golf Club, advanced to match play. She won her Round of 64 match before falling in the Round of 32.