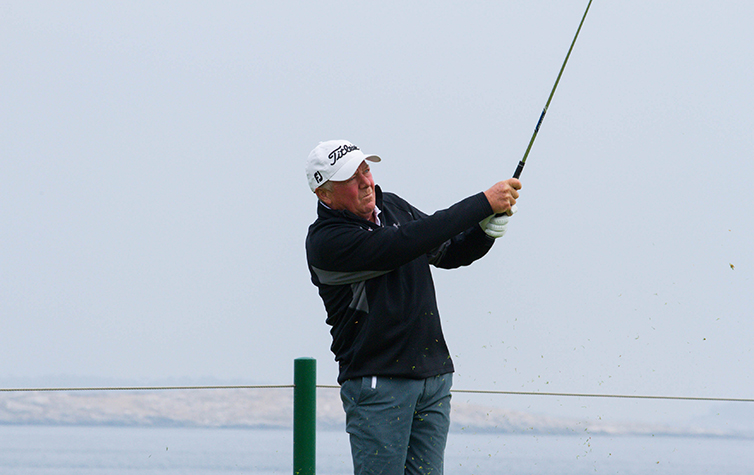 Sandy Harper has always taken pride in the way he has conducted himself on the golf course, where his excellence over many years earned the Nanaimo resident a place in the British Columbia Golf Hall of Fame.

No matter if he had registered a birdie, par, bogey, double-bogey or worse, Harper remained unflappable.

That has become more difficult in the past 10 months as the 64-year-old Harper recovered from a stroke he suffered last August. Don’t get Harper wrong. He feels blessed by his recovery.

He is back living his normal life, which includes lots of golf. But he’s not as patient as he once was, which Harper suspects is one of the lingering after-effects of his stroke. 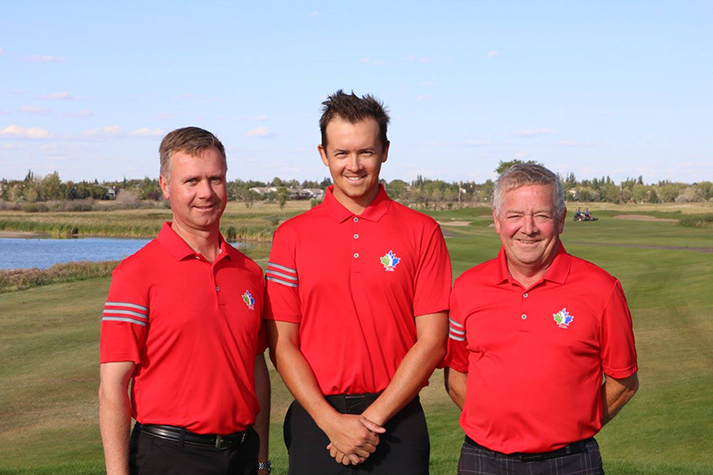 He is trying to work on that as he would a sudden flaw in his swing. “I played with one of my sons the other day and I got kind of angry after a couple of shots and we had a chat,” Harper says. “He said, ‘Dad, I have tried to kind of mould myself on the golf course after you and how you conduct yourself and that’s not you what you are doing right now.' That meant a lot to me and made me think about things.”

Harper considers himself one of the lucky stroke survivors. He got quick medical attention, thanks to his partner Karen, who noticed his gait was off and Harper didn’t seem quite right. “My biggest support, of course, are my two boys and my girl Karen,” Harper says.

“She’s a big part of why I recovered so quickly. Karen noticed I wasn’t walking quite right and then she phoned the ambulance and they were here quickly and it went on from there. I was in the Nanaimo hospital within half an hour and that same night I was transferred to Victoria. They say the quicker you get medical attention, the better your recovery.” 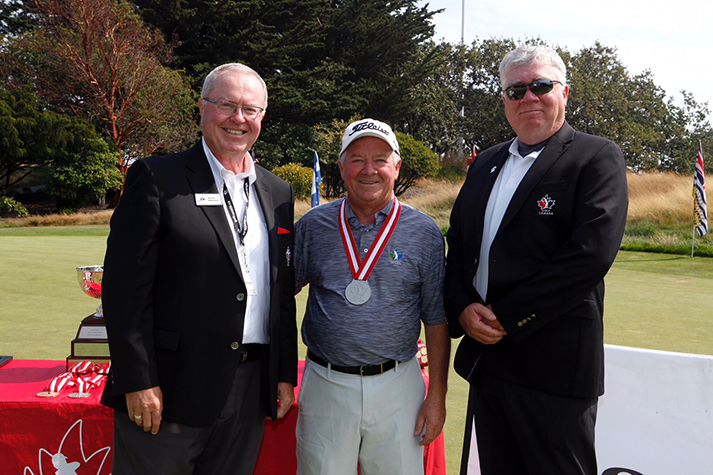 Harper still feels a little bit off, but has come to realize that he’ll likely never feel entirely like his old self. “I am doing well, I can do everything,” he says. “But I am still not quite the same. I can feel a little vision or balance, depth-perception things. There are certain parts of my game that are a little bit off, but overall, let’s face it, I am very fortunate.

“I talked to a doctor at the club here the other day and he asked how I was doing, and I said I know there’s something a little bit different and he said, you know that, but I don’t know that. I can’t see that. Only you know that.”

Harper is back in his normal routine at Nanaimo Golf Club, where he is playing about three times a week. And he is playing quite well. “I have had a number of rounds under par,” he says. “Yesterday we played the Blue tees and I was one-over par. In my mind I am not scoring like I used to because I don’t have the patience I used to.

"I remember the Zone 6 qualifier a couple of years ago when I double-bogeyed the first hole and ended up shooting 68 that round and 68 the next round because it didn’t matter if I double-bogeyed the first hole. It was just part of the round, right? And you just keep going. That is a big thing I have to ingrain in my head, to get that patience back.”

Harper is looking forward to the competitive golf, but also reconnecting with many of his golfing friends. Those friends, like fellow B.C. Golf Hall of Fame member Doug Roxburgh, are happy to have Harper back. “It’s great for everyone to have Sandy back in the tournament fields,” Roxburgh says.

“He’s been such a strong player over the years at every level -- junior through to pro, to amateur, to senior -- and he is always a fun guy to have around and play with. I can’t think of a better guy to tee it up with. It’s going to be outstanding to have him back again.”

Harper hopes to play well this summer, but knows as always he’ll have to accept some of those bogeys and doubles. “To be honest with you, probably the most frustrating part of my life right now is the golf part of it because I remember certain things,” Harper says.

“I think it is going to come back and it's a matter of changing my expectations at times. Sometimes in the back of my mind I maybe think I was better than I really was. I used to hit funny shots back then, too. It’s not like I was perfect.”