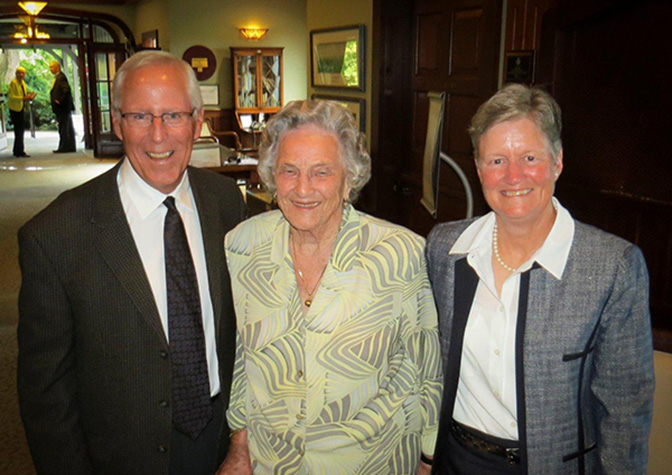 On the occasion of one of British Columbia's and indeed Canada's all-time great Amateur Golfers reaching a milestone birthday, British Columbia Golf, its staff and membership would all like to join in celebrating and congratulating Margaret Todd who turned the magical age of 100 on May 31st.

Margaret Todd (née Sutcliffe) joined the Uplands Golf Club, as a junior in 1936 and a year later, now Mrs. Jack Todd, became a member of the Victoria Golf Club. In 1939, she won the club championship for the first of 14 times. In 1940, she added her initial Victoria & District title, which she went on to claim 10 times.

After the war and a hiatus to raise her family, Todd was back playing near "scratch" and won three consecutive B.C. Amateur Ladies titles, seven Jasper Totem and three Empress competitions. In the 1950s, she qualified for both the Canadian and U.S. championships and gained the first of five selections to Canada's International Golf team playing in Britain, Australia and Argentina.

In the 1970s, Todd, competing in the senior ladies, twice won titles in the City, Provincial and Canadian championships. Throughout her career she captained the B.C. Ladies and B.C. Senior Woman's team on 16 occasions. Her administrative accomplishments, since the 1960s, include Victoria and B.C. appointments to the national and international level. 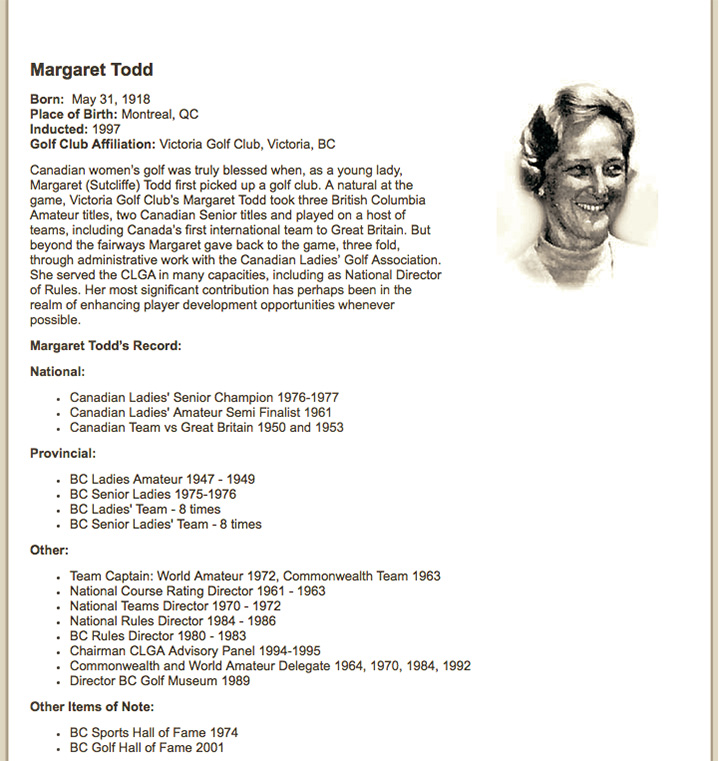 To view images of Margaret Todd from the museum collection, click here.