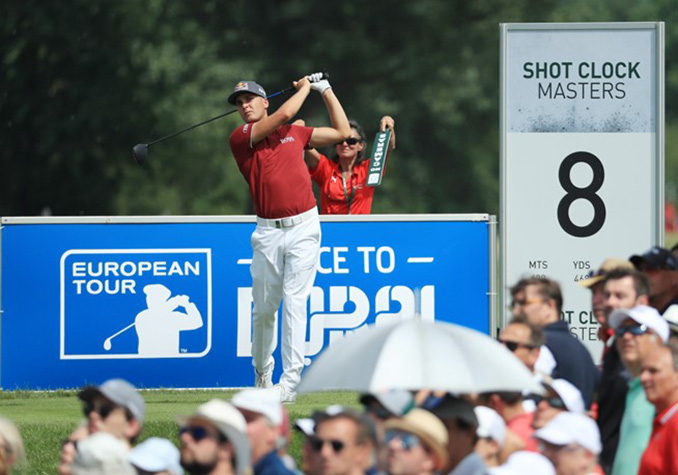 In this week's edition of the Globalgolfpost.com, contributing writer Lewine Mair's column The Take, offers an eye-opening perspective on some of the European Tour's efforts at addressing slow play, a topic that has become a very hot issue in recent years.

A major proponent of 'actions speak louder than words' Canada's Keith Pelley, the European Tour's Chief Executive, has put into action some new ideas to test the waters as far as effecting change in the way the game of golf has appeared to slow to a snail's pace. Case in point is the recently played Shot Clock Masters at the Diamond Country Club in Austria.

Mair goes in depth in her story on not only the event itself but the overall reaction and possible ramifications of golf tournaments where players are timed in 50 seconds or less for each shot, depending on certain circumstances, with the threat of an immediate penalty hanging over them should they fail to pull the trigger in time.

Click HERE to see a video of Keith Pelley discussing the effects of this type of event.