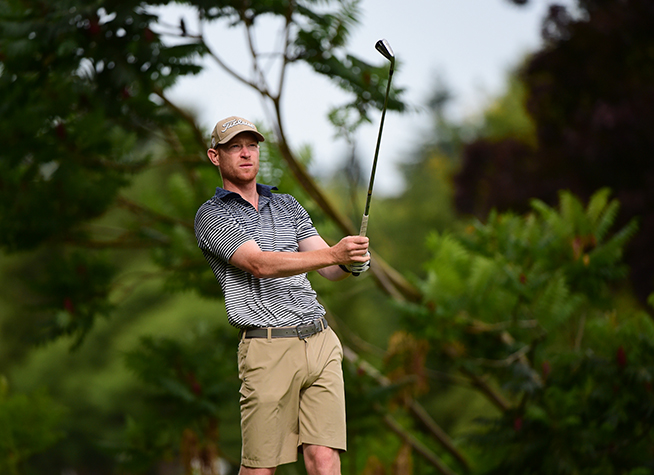 Victoria’s Kevin Carrigan will be trying to complete a hat trick of sorts at this week’s Canadian Men’s Mid-Amateur Championship at Wascana Country Club in Regina.

The 31-year-old Carrigan won the event in 2012 and 2013. He showed good form at last month’s B.C. Amateur Championship at Morgan Creek in Surrey, where he finished third, just one shot behind winner Jake DuVall of Victoria.

The Mid-Amateur is open to players 25 and older. Carrigan is one of six players to have earned multiple Canadian Mid-Amateur titles. In order to collect win No. 3 this week, Carrigan will have to beat Garrett Rank of Elmira, Ont., who will be attempting to win his fourth straight Mid-Am. Carrigan and Rank will play in the same group in the first two rounds.

The 72-hole event begins Tuesday and the winner will receive an exemption into the 2018 Bell Canadian Open.

Vancouver’s Holly Horwood is in the field and will defend the Canadian Super-Senior title she won last year at Wolf Creek Golf Course in Ponoka, Alta.

Du Toit has made all eight cuts since turning pro in June and currently is the top Canadian on the Mackenzie Tour money list at 21st. He earned a $2,500 bonus from Freedom 55 Financial Sunday for the second time in the last three events for being the low Canadian in Ottawa. Du Toit finished the event at 11-under par, nine shots behind winner Mark Blakefield of Maysville, Ky.

The Mackenzie Tour takes a week off before resuming Aug. 31-Sept. 3 at the Cape Breton Open at Bell Bay Golf Club in Baddeck, N.S.

GAME, SET, MATCH: Richmond’s Chris Crisologo won a playoff to earn the 64th and final spot in the match play portion of the U.S. Amateur Championship at Riviera Country Club in Pacific Palisades, Calif. Crisologo, who is heading into his senior year at Simon Fraser University, lost his Round of 64 match 4&3 to top-seed Hayden Wood of Edmond, Okla.

Doc Redman of Raleigh, N.C., who also had to win a playoff to get into match play, beat Doug Ghim of Arlington Heights, Ill., on the 37th hole in Sunday’s championship match.

B.C. CONTENT: Victoria’s Naomi Ko and Samantha RIchdale of Kelowna are both in the field for this week’s CP Women’s Open at Ottawa Hunt & Golf Club. Once again, the tournament has drawn a strong field with 44 of the top 50 players on the LPGA Tour money list scheduled to compete.

The 13 Canadians in the field will wear special ribbons this week to honour the memory Dawn Coe-Jones. The Lake Cowichan native died last Nov. 12 after a battle with bone cancer. Coe-Jones, a member of the Canadian and British Columbia Golf Hall of Fame, made 24 appearances in Canada’s national women’s open.

PLAYOFF TIME: Abbotsford pros Adam Hadwin and Nick Taylor are both in the field for this week’s Northern Trust Open, the first of four FedEx Cup playoff events on the PGA TOUR.

The top 125 players on the FedEx Cup points list advanced to the playoffs. Hadwin enters as the 13th seed, while Taylor is No. 84. One hundred players will advance from the Northern Trust to next week’s Dell Technologies Championship in Boston.

COURSE CLOSES: The wildfires that have ravaged much of the British Columbia area this summer have claimed another victim. Semlin Valley Golf Club in Cache Creek has posted a notice on its website saying the course is closing for good.

“Unfortunately due to the wildfire situation and the negative effect it has had on ours, as well as many local businesses, the Society known as the Ashcroft-Cache Creek Regional Golf & Country Club has voted to resolve the society,” the notice says. “We regret to inform all members and patrons of this 2017 season that the golf course formerly running as “Semlin Valley Golf Club” is now officially closed and will not be reopening. The lease and insurance on the property is expired and therefore the land has been handed back to the property owners.”

CHIP SHOTS: The PGA of BC holds its flagship event, the PGA of BC Championship, Thursday and Friday at Capilano Golf & Country Club Club in West Vancouver. Olympic View assistant pro Gordy Scutt is the defending champion. . . North Vancouver’s Bryn Parry, an assistant pro at Point Grey Golf & Country Club, finished tied for 16th at the Canada Cup at Victoriaville Golf Club in Quebec. Parry, a three-time PGA of BC champion, will be in the field this week at Capilano.