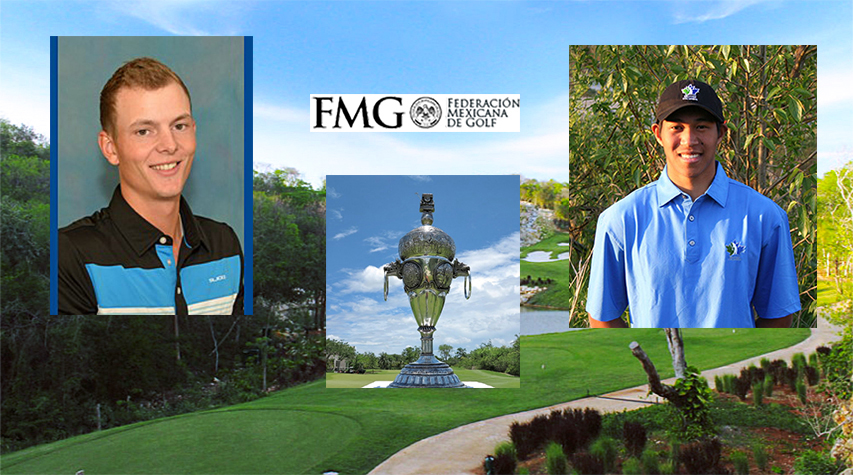 British Columbia Golf is pleased to announce that Chris Crisologo of Richmond and Steven Diack from Coquitlam will be representing BC in the 90th Mexican Amateur Championship June 8 -11, 2017 at the Campeche Country Club in Campeche located on the Yucatan Peninsula, Mexico.

Crisologo and Diack will play as individuals and as a team simultaneously in the 16th International Mexican Pairs Championship representing British Columbia.

Play format for the Mexican Amateur Championship is 72-hole individual stroke-play, and is the most important Mexican amateur golf tournament of the year.

The International Mexican Pairs Championship is a 54-hole stroke-play event played in an aggregate-score pairs format during the first three rounds of the amateur championship.

The champion of the 90th MEXICAN AMATEUR CHAMPIONSHIP will receive:

As a 21-year old junior Crisologo has already put together an outstanding college career at Simon Fraser University with four individual titles this season alone including the WWU Inivitational, Otter Invitational, Northwest Nazarene Invitational and the Great Northwest Athletic Conference Championship. He was just recently named the Great Northwest Athletic Conference (GNAC) Player of the Year for the second consecutive year. In 2016 Crisologo was 5th in the Canadian Universities Championship, T5th in the BC Amateur Championship and was solo 4th in the Canadian Amateur Championship.

The 24-year old Diack, from Coquitlam, British Columbia, is a senior attending Wayland Baptist University, in Plainview, Texas and has been named semifinalist for the 2017 NAIA Nicklaus National Player of the Year Award. He currently ranks 19th in the NAIA with a 72.39 scoring average. He finished third at the recent Sooner Athletic Conference Tournament. Diack also recorded a T5 in the 2016 BC Amateur along with a T15 in the 2016 Canadian Amateur. He will be competing in the NAIA National Championships from May 15-19 at TPC Deere Run in Silvis, Illinois.