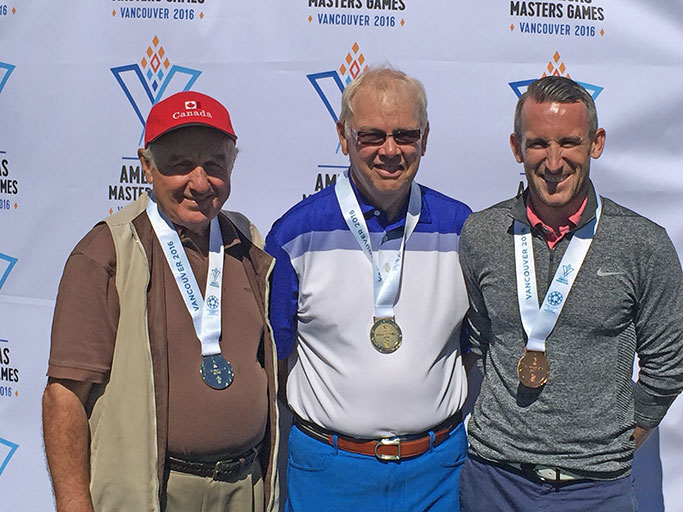 The inaugural Americas Masters Games held in the city of Vancouver from August 25th - September 4th are now complete and by all accounts the event was a tremendous success, bringing together Masters Athletes from across North America and around the world.

As was the case at this year's Rio Olympics in Brazil, golf was a featured medal event and provided not only some great play from both the men and the women, it accomplished one of its primary goals, to foster friendship and camaraderie while continuing to promote the sport as a most worthy component in these type of competitions.

The Masters Games are about promoting an active and healthy lifestyle by encouraging any and all participants aged 30 to 100+ to continue to strive towards sporting success, and have fun in the process.

Opening and Closing ceremonies took place in the form of an Athlete Parade to the downtown Olympic Plaza. During the Games medal ceremonies were held nightly in the downtown core, along with a Health and Wellness Expo, several Games related beer gardens and other social events.

Sports ranging from Archery and Athletics through Golf, Ice Hockey and Judo to Triathlon and Volleyball and many in-between were contested over the 9 days and yes, there were athletes in excess of 100 years of age. Truly remarkable.

While there weren't any golfers who quite reached that age bracket, it's still somewhat noteworthy that the Men's 2nd Flight Silver Medallist, George Franko, came awfully close to shooting his age of 78 in the final round of the competition. Franko was somewhat typical of a number of golfers in the games, athletes who had been active in other sports during their lives but have now turned to golf as they too realize that golf truly is a 'sport for life'. 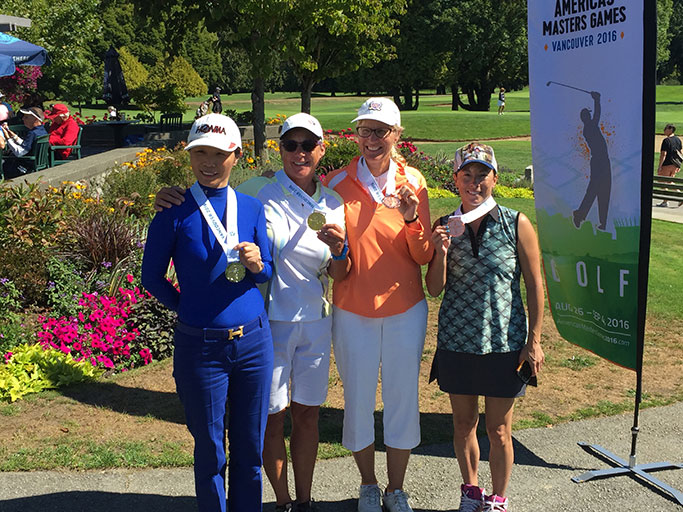 Players in the field included retired medical interns, current IBM directors, schoolteachers, machine-shop foremen and at least one Executive Director of a Provincial Golf Association. The format was a net Stableford system with the field divided into flights by handicap index for the Women's and Men's Divisions. There were 3 flights for the men and 2 flights for the women with a cut to the top 10 players and ties being made after 54 holes of the 72-hole tournament.

Three of Vancouver's finest municipal golf courses played host to the event and several of the contestants were more than pleasantly surprised at the conditon and quality provided by Fraserview GC, Langara GC and McCleery GC as each venue was in immaculate condition with greens that could stand up to many private layouts not just in the Lower Mainland, but around the world.

The final round at McCleery was played in perfect, sunny conditions following a few days of inclement weather and it produced the following medallists from each of the 5 flights: