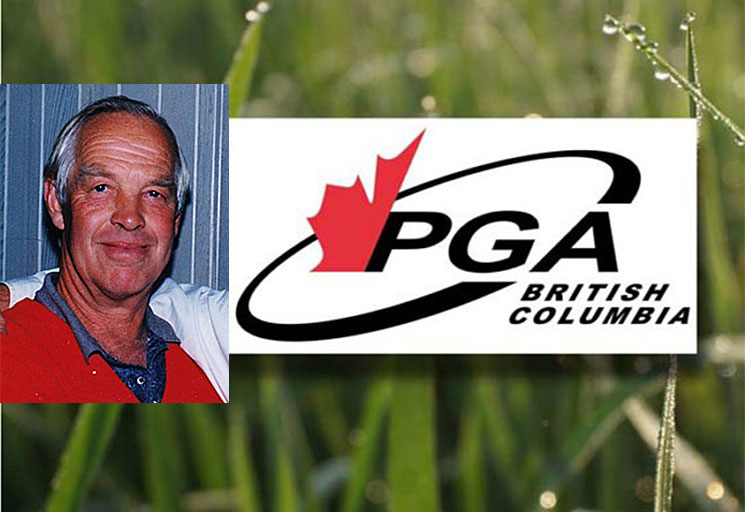 The PGA of British Columbia is proud to announce Jack Westover as recipient to receive the PGA of BC Lifetime Achievement Award.

Westover becomes only the 9th recipient of the award, the Association's highest honour. Westover joined the PGA of Canada in 1957 while apprenticing under Bill Thompson and Len Collett at Marine Drive Golf Club until the mid-1960s.

While at Marine Drive, Westover began coaching and developed a friendship with a then 13-year old, who later became one of the most decorated Amateur Golfers in Canadian history. Doug Roxburgh, thanks to the coaching of Westover, went on to win four Canadian Amateurs and 13 B.C. Amateurs.

Throughout his early years, he quickly realized that watching the success of his student's improvement gave him the passion to be a coach and teacher, which outweighed his desire to become a Club's Head Professional. This appetite inspired him to take a contract to operate Grandview Driving Range in Burnaby, which paved the path for the rest of his career. He would later become the first Golf Professional hired as Coach of the Simon Fraser University Varsity Golf team.

Westover coached a variety of students who had gone on to win on the LPGA and PGA TOUR, Canadian Amateurs, Canadian Juniors, and countless provincial championships. He was also instrumental on the PGA of BC Board of Directors as Junior Development Chairman throughout the 1970's.

One of his greatest achievements was teaching the Burnaby Night School Golf program in the gymnasium at Moscrop Junior High School. Between he and his son, Keith, the duo ran the program for 50 years (1959-2009). Westover was also instrumental in the execution of the PGA of BC's Junior Golf College, a week-long golf camp operated at Meadowlands Golf & Country Club in Chilliwack, from the late 1960's to late 1970's.

The special evening to honour Jack Westover will take place on Monday, September 26, 2016, at Quilchena Golf & Country Club in Richmond, BC in conjunction with the Cleveland Golf/Srixon Canada PGA of BC Club Professional Championship presented by Club Car. To purchase tickets for the event, please click here. Deadline to purchase tickets is September 19, 2016.