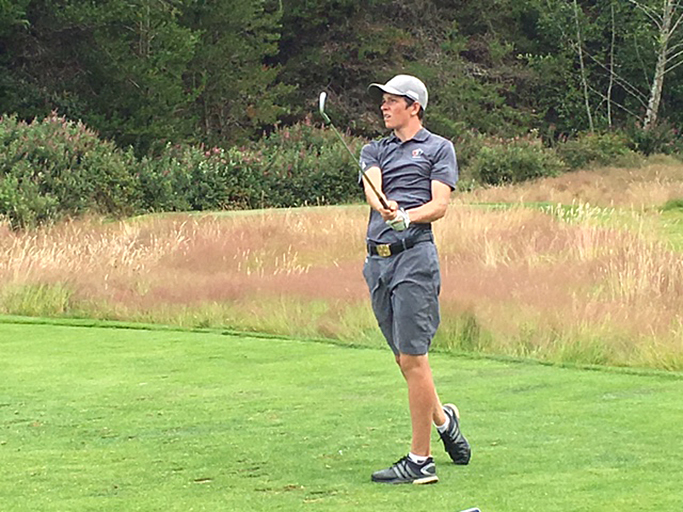 QUALICUM BEACH -- Nolan Thoroughgood joined the junior program at Royal Colwood Golf Club in Victoria when he was 11 years old. His parents didn’t see much of him that summer. “We live right beside the course so he went over every day that summer,” Garth Thoroughgood said of his son.

“He’d leave the house at 9 and we wouldn’t see him until 9 at night. They spoiled him there and he just fell in love with the game. He gave up hockey two years later and said he is just going to focus on golf.”

That decision seems to be working out just fine. On Thursday, Nolan -- now 15 and heading into Grade 11 at Royal Bay Secondary -- shot a two-under par 70 in the third round of the B.C. Amateur Championship at Pheasant Glen Golf Resort and will take a one-shot lead into Friday’s final round.

Thoroughgood came to Pheasant Glen after what he described as a disappointing tie for 14th at last week’s B.C. Junior Championship at Arbutus Ridge Golf Club in Cobble Hill. “He was upset with the way he played last week, so he ended up standing in the pouring rain on Saturday for two and half hours hitting balls at the range and said he was going to straighten it out and that’s what he did,” his dad said.

“That was my first B.C. Junior and this is my first BC Am,” Nolan said. “If I made the cut I wasn’t going to complain. But I didn’t expect to be in this position.” Nolan’s dad is caddying for his son this week. He said he did little but offer Nolan encouragement. The two quietly bumped fists when Nolan hit a nice shot or sunk a key putt. And he did lots of that on Thursday.

He got his round rolling with three straight birdies on the 8th, 9th and 10th holes. “Through eight, nine and 10 I literally hit every single line I looked at,” Nolan said. “I hit a good shot on eight and made a good putt. On nine (a par 5) I hit it to 10 feet, missed my eagle, but had a tap-in birdie.

I was hitting all my lines and killing my driver. On 10 I hit my 5-iron to 10 feet for eagle. It’s hard not to make birdies when you are hitting it that close on par 5s. That doesn’t normally happen for me, but for whatever reason things are going my way.” 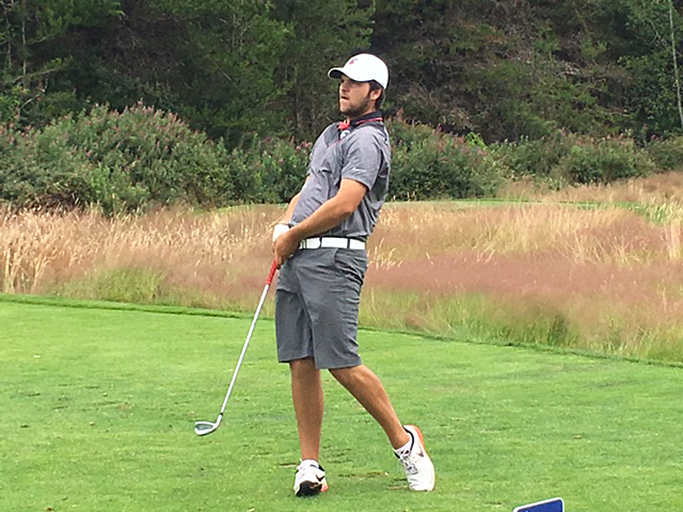 He leads 20-year-old Zach Anderson of Nanaimo by one shot. Anderson also played well Thursday, firing a one-under 71 that he said could have been much lower. “I hit it really well,” said Anderson, who just completed his second year at Washington State University.

“I probably only missed two or three fairways and hit it close almost every time and nothing seemed to drop. The first two days I was automatic from eight feet and in. But today nothing dropped. I finally made a short one on 14. I probably couldn’t have shot any higher the way I hit it today.”

Like many others in the field, Anderson had never heard of Thoroughgood before this week’s event. “I didn’t know who he was before today and he just showed up and is hitting it awesome,” Anderson said. “It is good to see a young guy playing well.” The leaderboard is dominated by young guys.

Richmond’s Chris Crisologo, who is 20, sits alone in third at four-under par after shooting the day’s best score, a three-under 69. Surrey’s Samuel Su, 17, is alone in fourth at three-under. And there are lots more kids close behind chasing them.

CHIP SHOTS: The final group tees off at 9:40 a.m. Friday . . . The top three players after Friday’s final round will represent B.C. at the Willingdon Cup competition during the Canadian Amateur Championship, which goes Aug. 8-11 in Ottawa. . .A two-man best-ball competition is being held concurrently with the B.C. Amateur. The teams of Nate Ollis of Victoria and Zaahidali Nathu of Richmond and Chris Crisologo and Jacob Vanderpas of Vancouver are tied for the lead at 20-under. That is one shot better than the Courtenay duo of Mark Valliere and Logan Yanick. .