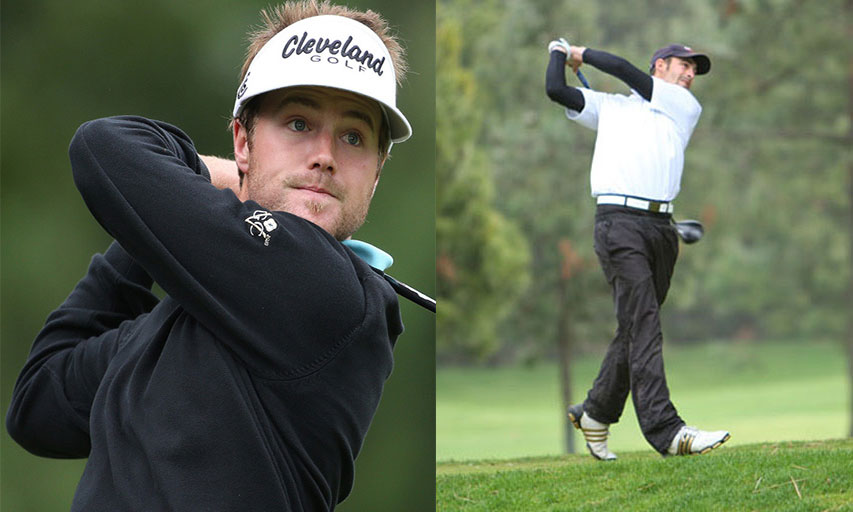 Adam Cornelson has been there and done that. Unfortunately, he now has to do it all over again. Mike Belle has never done it before, but can’t wait to get started.

The two Vancouver Golf Club members are heading to next week’s Mackenzie Tour-PGA Tour Canada qualifying school at Crown Isle Golf Course in Courtenay with very different perspectives. Belle is a 23-year-old rookie pro, who is anxious to test his game at the next level. Cornelson, 28, has been at the pro game for a few years and was hoping he’d seen the last of Q-school.

Cornelson was at Q-school at Crown Isle in the spring of 2014, played well enough to earn his card and had a good year, finishing 24th on the PGA Tour Canada money list. But 2015 wasn’t much fun for the Langley native.

He made only five of 11 cuts last year and finished 94th on the money list, losing his exempt status. “It was probably my worst year as a professional, hands-down,” says Cornelson. “I finished great in 2014 and went into 2015 feeling good and played pretty good at the beginning of the year. But I let some opportunities slip by.”

At the season-opening event at Point Grey in Vancouver, Cornelson was in the hunt through three rounds, but a final-round 77 dropped him into a tie for 49th. A week later at Uplands in Victoria, he was inside the top five through two rounds, but had an indifferent weekend and finished tied for 20th. “It frustrated me last year because I felt like I let some opportunities get away. As you know, a good week can change your life out there on that tour.”

Cornelson played in the Web.com Tour Q-school last fall and made it through the first stage, but failed to advance at second stage. He did some serious soul-searching after that. “I looked at myself in the mirror after I missed at second stage and asked myself if I wanted to still do this and the answer was completely, yes,” he said. “I kind of had to swallow my pride a bit over the winter and decide to go back (to Q-school) but I feel like it's the right thing to do.”

Adam Cornelson Has Held A 'Big Cheque' Before. Now He'd Like It To Be On A 'Big Tour' As Well

Belle, meanwhile, does not quite know what to expect at what will be his first Q-school experience. “I know there will be lots of nervous energy but I’m looking forward to it for sure,” he said. “I am going to play the first couple of rounds trying to get my feet under me and just get myself in a good position for the last two days.”

Belle completed an impressive collegiate career two years ago at Simon Fraser University, where he helped revitalize the golf program on Burnaby Mountain. Belle, who was runner-up at the 2014 B.C. Amateur Championship at Seymour Golf & Country Club in North Vancouver, has spent the past few months preparing for Crown Isle.

That prep work has included several events on the Vancouver Golf Tour, where he set a tour record with a round of 12-under 60 at Kings Links in February. “This is what I have been preparing for all winter,” Belle says. “I am going to try and translate my game from how it has been on the VGT to Q-school. It’s just a little different when you have been playing one-day events and you have to go to a four-day event. You have to stay patient for sure.” 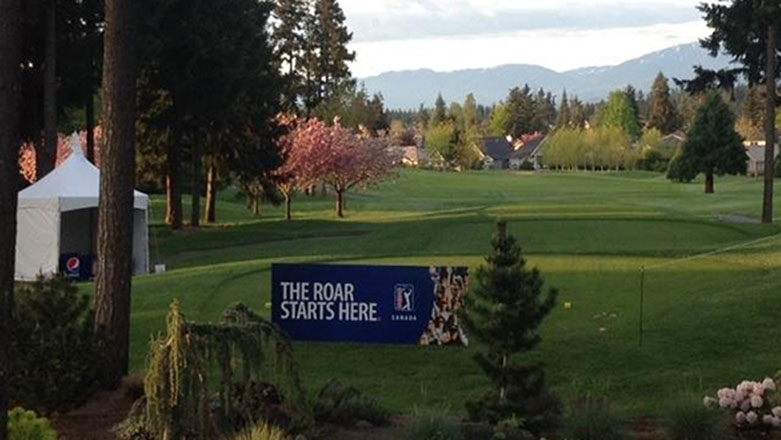 This is the third year Crown Isle is playing host to Q-school. Once again, it and the three other Mackenzie Tour-PGA Tour Canada Q school sites in the United States filled up in a matter of minutes. “We sold out all 528 spots within 16 minutes of the registration opening on Jan. 21,” said Brian Decker of the Mackenzie Tour’s media relations department. “You could say that demand is pretty high.”

Getting in is the easy part. You have to play well to survive Q-school. A field of 132 players will tee it up in Tuesday’s first round at Crown Isle and you have to finish in the top 16 to gain any kind of exempt status.

The winner earns a year-long exemption on the 12-event schedule that begins in late May at the Freedom 55 Financial Classic at Point Grey. Those finishing second through 16th are exempt through the first four events. Everyone else finishing in the top 40 and ties get conditional status.

Cornelson says as much as players like to say they treat Q-school like another tournament, that really isn’t true. “The fact is it is different because it’s your whole year,” he said. “When I go to Point Grey or to Uplands, you focus on that event, but if it doesn’t go your way you have Kelowna or Fort McMurray coming up.

“I will try to draw on my experiences of doing it before or getting through first stage of the Web.com Tour Q-school this past fall. The one thing about Q-school is that there is a lot of pressure, but for me it’s four days and I just try to put my head down and do the best I can. I won’t look at the leaderboard at all. I’ll just try to play every hole like it’s a life or death kind of thing.”

The Crown Isle field includes 36 Canadians, with 16 of them from B.C.