The April Issue Of 'The Scorecard' Is Now Live 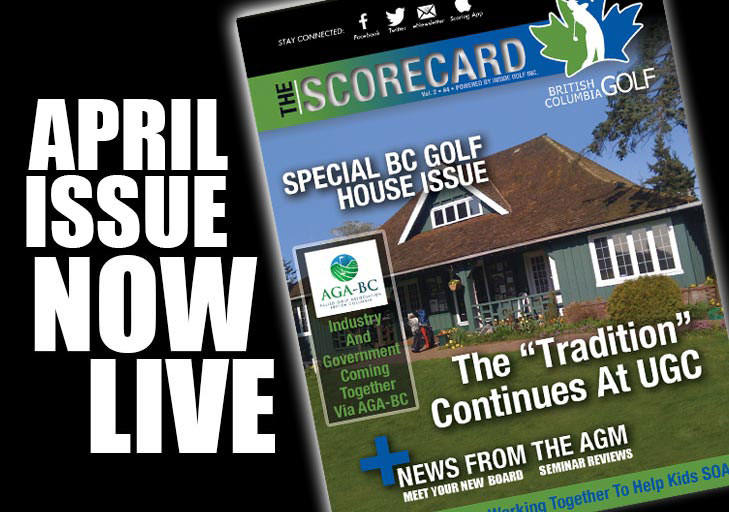 Inside This issue...
Message From The Editor

British Columbia Golf is very pleased to introduce their new President, Mr. Patrick Kelly, and the fine group of men and women who will comprise the association's Board for 2016 and into 2017.

As we reported in last month's issue, the start of a new season is always signified by the Annual General Meeting. Some very significant presentations were made at this year's gathering at Tsawwassen Springs in Delta. Included in that list of presenters were USGA agronomist Larry Gilhuly, SCGA Executive Director Kevin Heaney, WCTA Executive Director Jerry Rousseau and BC Minister of Environment, the Honourable Mary Polak.

In this issue of The Scorecard, we acknowledge those mentioned above as well as bringing you a fascinating look at the history of the BC Golf Museum and public golf in BC along with other compelling stories from around the world of golf.

See this issue's contents below and...