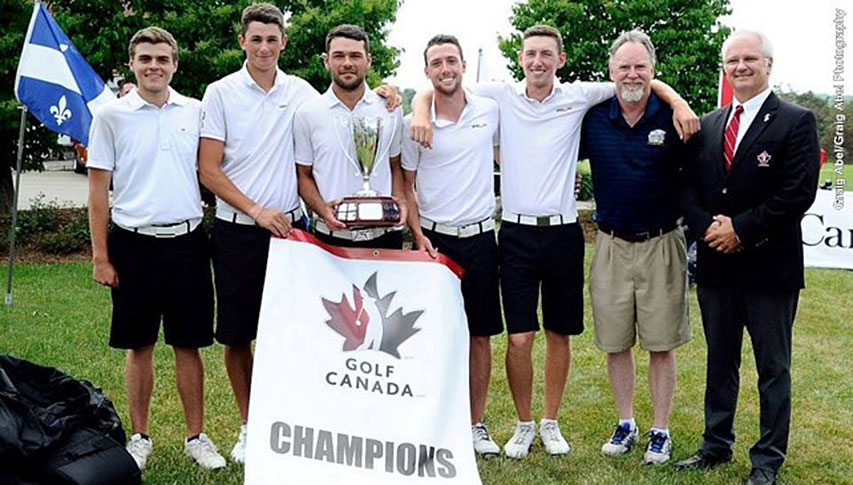 VANCOUVER – Evan Holmes shot a 1-under 69 in the final round of the Golf Canada Canadian University/College Championship on Friday to clinch the tournament's individual crown and lead his UBC Thunderbirds squad to the team title.

"My short game was pretty good all week and that carried on to today," Holmes said in a Golf Canada news release of his victory-clinching round. "I hit a lot of green-side shots well after some not so good shots."

On the final hole, he stuck his approach shot to within a foot of the hole. The tap-in birdie put the finishing touch on his third tournament victory of the season, tying the school record held by Cory Renfrew.

"It was pretty nice just walking up to the green knowing that I kind of had it won."

Holmes birdied the eighth and ninth holes as well. He also tied David Sheman's UBC mark of most rounds played in a year with 36. 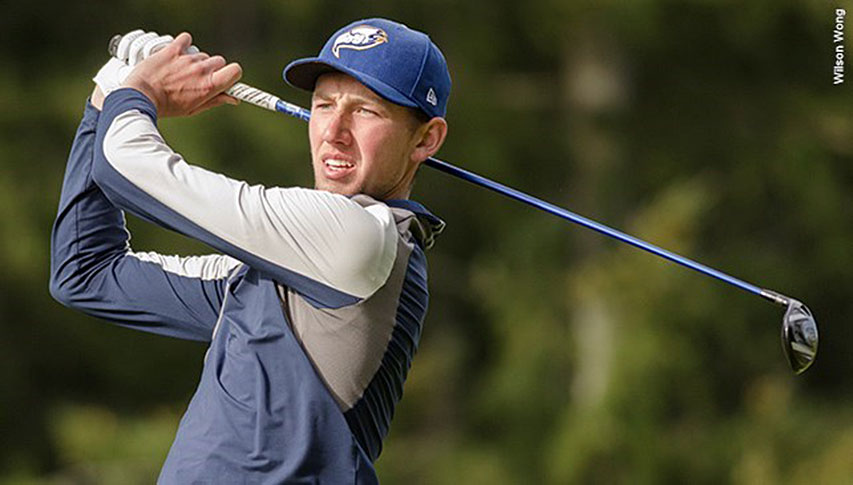 In the team competition, the Thunderbirds won by a 12-shot margin over the Victoria Vikes. The Vikes men needed to shoot under par in the final round in hopes of over-taking UBC for the top spot. Despite their efforts they were not able to accomplish that task but shot a final round score of 288, eight over par to finish with an overall score of 1155, 35 over.

"The boys played pretty solid today," said Vikes head coach Justin Clews. "Their goal was to come here and win the event but coming in second was an important experience for the first-year players". Three out of the five Vikes competing at the event were rookies - Lawren Rowe, Andrew Funk and Mike Griffin.

"We're really excited to have this championship, it's a very difficult one to win each year with the quality of competition in Canada making improvements and the Golf Canada rules being more lenient than NAIA rules as to what players universities can use to participate," said UBC head coach Chris MacDonald. "We stuck with the roster we used most of this spring and it paid off with great support in the 4-5 spots. We had consistent play, which is what you need if you expect to win.

"I'm also happy for Evan Holmes to get his third win of the year – he struggled at nationals last season but used it as motivation and worked hard last summer, he won three golf tournaments for UBC this season individually and was our most consistent player all year; finishing with a win at this prestigious event will give him even more confidence heading into next season." 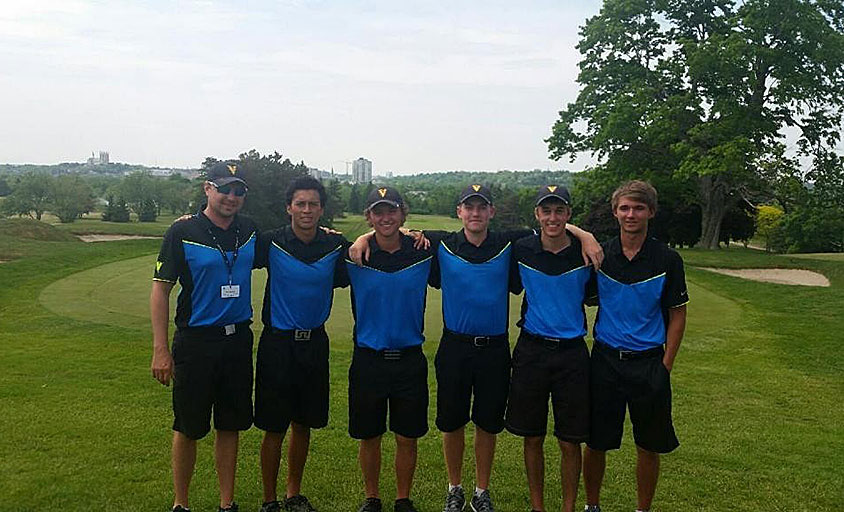 The Golf Canada event marks the end of the 2014-15 UBC men's golf season. The tournament victory gives the Thunderbirds three on the campaign, which are the fourth most in a season in school history. UBC also claimed first at the Western Washington Invitational in September and the Concordia (Ore.) Cavalier Classic in October. The T-Birds placed eighth at the NAIA championship.

Holmes and UBC rewrote the school's record books at the Western Washington event, which ran Sept. 22-23. The team established a school record for a 54-hole team score of 35-under par 829, while Holmes shot 202 over three rounds at the event, bettering the old individual 54-hole mark by two strokes.

Conducted by Golf Canada, the Canadian University/ College Championship recognizes the exceptional talents of student-athletes from across the country. The 2016 edition of the event will be hosted by Morningstar Golf Club in Parksville, B.C.

- with files from Golf Canada