Pace Of Play Issues Send Architects Back To Drawing Board 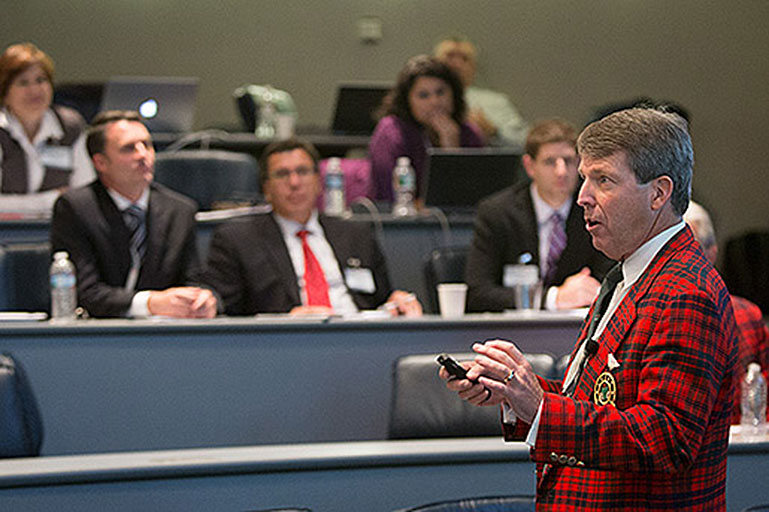 FAR HILLS, New Jersey (David Shefter/USGA) — Beginning about thirty years ago, golf course architects seemed to be engaged in a game of one-upsmanship to design the boldest and most dramatic layout.

Many of these designs were visually stunning, diabolically difficult and drew rave reviews from golf publications. There was just one problem.

"We tried to build courses to be photographed rather than be played," said Bruce Charlton, president/design officer for Robert Trent Jones II Golf Course Architects, who helped shape Chambers Bay in University Place, Wash., site of the 2015 U.S. Open.

"It was a dark period for golf course architecture. We moved too much dirt. We tried to make courses too difficult."

While the results often pleased owners or operators, they didn't necessarily make the game enjoyable for the recreational player, and maintenance costs soared. These challenging layouts often led to frustration and excruciatingly long rounds.

Charlton and his contemporaries had a reawakening when the recession hit the game hard in the late 2000s.

"The game is supposed to be a fun, enjoyable experience that fits into the environment, even if they aren't having a great day," said Charlton. "Let the site become the star. [Legendary architect] Alistair Mackenzie had a great saying that I love, 'Judge an architect not by what he touches on the site, but what he leaves alone.'"

Charlton spoke on Day 2 of the USGA's Pace of Play Symposium at the USGA headquarters, along with Lester George, a fellow member of the American Society of Golf Course Architects. 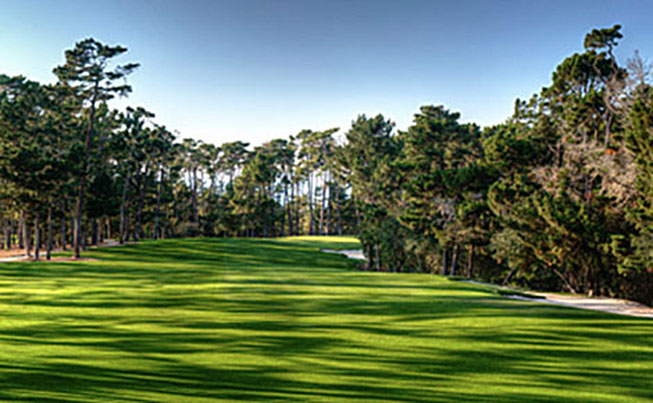 The Northern California Golf Association, which operates the course, saw the need for major changes. A multi-stage renovation, which began in 2008, was done primarily for the sake of water conservation.

But as Charlton and his crew moved forward on the project, which concluded in April, pace of play became part of the three-part equation, joining water conservation and golfer experience.

Because Poppy Hills sits in the same neighborhood as world-class venues Pebble Beach Golf Links, host site of five U.S. Opens, Cypress Point and Spyglass Hill, it often gets lost in the shuffle.

Once the renovations were completed, Charlton said customers were raving about a layout that costs several hundred dollars less to play than Pebble Beach.

So what did Charlton's design team do to improve the playability of Poppy Hills?

Fairways were widened, mounds were removed, bunkers were reduced, removed or flattened, green complexes were moved and the entire course was capped with a 5-inch layer of sand, then reseeded to not only allow for better drainage, but also provide firm and fast playing conditions. All of the rough was also eliminated, cutting maintenance costs.

"Our mantra is now firm, fast and fun," said Charlton, an Iowa native who joined the RTJ II design firm after graduating from the University of Arizona with a degree in landscape architecture. "It gave us a lot of ability to speed up play. We now have flexible teeing grounds. [Waste areas] are through the green [instead of hazards].

"Judge an architect not by what he touches on the site, but what he leaves alone." - Legendary architect Alistair Mackenzie

"People say that we popped the hills at Poppy Hills by putting sand underneath all the turf. Players can now see the ball land and watch it roll. They can see it roll into trouble, but they can get out of trouble [more easily]."

"It's a huge improvement on the old course," three-time major champion Nick Price says on the Poppy Hills website. "It looks beautiful. They deserve a pat on the back for the terrific job they did."

George, a Virginia native with a military background, got a late start in the architecture business. He spent four years in the U.S. Army as an artillery officer and later received his master's degree from the United States Army Command and General Staff College and remained in the Army Reserves until 2003. In the meantime, he teamed with Ed Seay, Arnold Palmer's longtime design associate, in 1990 and went on to establish his own design firm.

The new owner, Giff Breed, a former sports agent, wanted to give the entire facility a makeover, from the restaurant to the course, which was extremely challenging, even for single-digit handicap golfers. 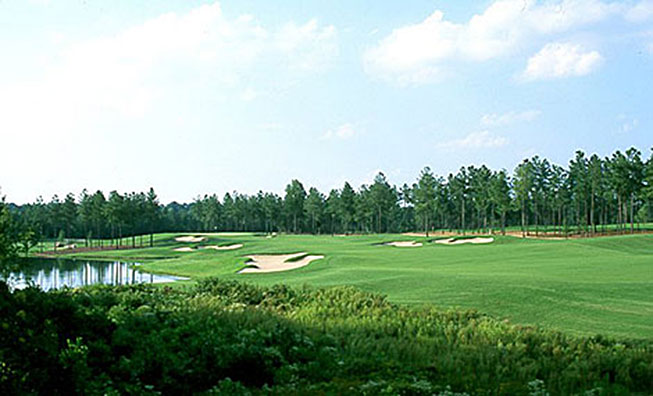 Prior to the renovation, which began last spring, the primary rough was 3 to 4 inches of gnarly bermudagrass. George's design team reduced the rough to 1¼ inches. They also converted 7 acres of rough to mulch.

Greens were changed from bentgrass to Champion Bermudagrass and 419 Bermudagrass was used on the fairways. The team removed more than 500 trees, bushes and shrubs, and rerouted cart paths.

When the course reopened for play on Sept. 20, golfers raved about the changes. They could find wayward tee shots and advance the ball from the secondary rough.

The average round time was reduced by an hour, to 4:05, and as a result, up to 10 more groups can play on any given day. The increased revenue and reduced maintenance costs will result in a $52,800 annual improvement to the bottom line, according to George.

"The popularity of the course is way up," said George, who added that the University of Richmond will make Independence its home course. "And we don't get any complaints from lower-handicap golfers. It's still a very challenging course. And we can now compete with the private clubs for corporate outings."

While both George and Charlton started their careers during an era of big and bold layouts, where cascading waterfalls, picturesque ponds and massive bunkering had become standard features, they recognize that business model no longer works. Certainly, golfers want to be challenged, but they also want to have fun.

"We've seen the light," said Charlton. "We just had to simplify our philosophy."

David Shefter is a senior staff writer with the USGA. Email him at dshefter@usga.org.