Getting To Know: Pat Thompson 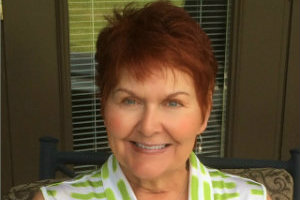 Pat Thompson used to play over 100 rounds of golf a year but now her games are few and far between.

That’s not to say she’s not on the course, now Thompson is giving those rounds back to the next generation of golfers, and she’s doing it for free.

Thompson began volunteering at the club level in the mid-1990’s and has only increased the amount of time she donates to growing the game in British Columbia, and Canada as a recent addition to the Golf Canada Board of Directors.

“It’s something I can give back, and it’s a feel good position to be in,” Thompson explained.

After retiring from the business she owned with her husband, an avid golfer who was the initial push to get Thompson out onto the course, she became increasingly interested in giving back through the game that she enjoys so much.

One of the driving forces behind her continued participation is her desire to get young people involved and make sure that they, too, get the best experience out of golf, a game she believes can be enjoyed for a lifetime.

“We’ve got a really good junior program now at Gallagher’s Canyon since three years ago. My husband was actually the driving force of it. We had six juniors and we now have almost 100. It’s just amazing and everybody loves it,” said Thompson in awe of the growth of the program.

“I’ve been very involved with the junior girls, especially at the BC level, I’ve taken the team quite a few places and those girls have gone on to excel at college and universities and some of them have turned pro. It’s fun to know that you were part of their beginnings.”

Not only has Thompson been a part of numerous golf careers with juniors but she has assisted during countless championships and events around BC, Canada and Worldwide.

The effort of volunteers like Thompson is imperative for any British Columbia Golf event to run smoothly as possible.

“People don’t realize behind the scenes how many volunteers it takes to run Championships, or any event for that matter,” said Thompson.

“The provincial association needs the volunteers; staff can’t handle everything. And the same at the national level, volunteers are a lifesaver that’s for sure.”

In addition to her involvement during annual events, Thompson was involved during the merger of the men’s and women’s golf associations in British Columbia. Something she takes great pride in.

“I feel that being part of the steering committee for the BC Ladies Golf Association and the BCGA was probably my biggest highlight. Our associations made history and it was indeed an honor to have been involved in the process,” she said.

Thompson, like so many of British Columbia Golf’s volunteers, has contributed countless hours to the growth of the game, and to making sure that British Columbia Golf Championships remain world-class events. She has worked tirelessly for years to promote golf in British Columbia and even chaired the CN Canadian Women’s Open in Vancouver in 2012, an incredible undertaking.

It takes a special kind of person to donate something so valuable, their time, to something they care so much about. British Columbia Golf is honoured and grateful to work with so many dedicated, passionate volunteers.

“Unless someone like you cares a whole awful lot, nothing is going to get better. It’s not.” – Dr. Seuss