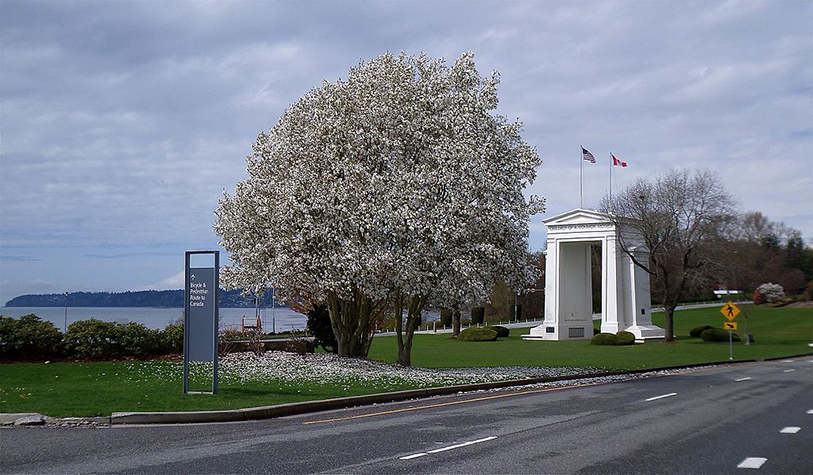 When the Canada-U.S border was closed to non-essential traffic back in March of 2020, Nathan Vickers feared the worst.

Vickers, the longtime head professional at North Bellingham Golf Course, wondered how his course would survive without the steady flow of British Columbia players who accounted for more than 30 per cent of the rounds played at North Bellingham.

But Vickers has been pleasantly surprised. Just like it has on this side of the border, golf has boomed in Washington state.

“We were concerned at first,” Vickers said. “We didn’t think it was going to be good at all. But with this surprise boom in golf, it has been amazing. We are going to have a record year. We figure when the Canadians come back it’s going to be tough to get a tee time and be really crazy.

“There are probably lots of players up there who are dying to come down and play courses that aren’t as busy, but they are going to be surprised when they come down and see how busy we are, too. We’re probably not quite as busy as the courses up there, but we’re busier than they remember.”

Vickers said players from the northern suburbs of Seattle have helped make up for the lost B.C. traffic at his course. “People down there, if they haven’t booked a tee time a week in advance, they are not getting on. So now what they are having to do is travel to play golf and a lot of them are going a lot further north than they normally would.”

It’s much the same story at Loomis Trail Golf Course in Blaine. The course, purchased in 2018 by the Lummi Nation, used to get as much as 60 per cent of its play from British Columbians. “We are getting a lot of traffic from the Seattle area,” said Daniel Campbell, pro shop attendant at Loomis Trail. “And since Eaglemont (in Mount Vernon) closed last year we are seeing more players from the Skagit Valley area. This year our rounds are up over what they were pre-Covid.”

The U.S. border re-opens to Canadian non-essential traffic on Nov. 8, but Whatcom County courses are not expecting a stampede of British Columbia golfers at their facilities. In fact, unless Canada relaxes its testing requirement for Canadians re-entering the country, courses like North Bellingham, Shuksan, Lake Padden, Sudden Valley, Loomis Trail and Homestead Farms are unlikely to see any British Columbia traffic.

“If you have to get a test on the way back no one is going to come down to play golf for the day,” Vickers says. Canada currently requires a negative PCR test from Canadians re-entering the country.

SCHOOL’S OUT: Kimberley’s Jared du Toit dug himself an early hole and fell short at the second stage of Korn Ferry Tour qualifying school. Du Toit opened the qualifier at the University of New Mexico’s Championship Course with a three-over 74 and followed that up with a one-over 72 in the second round. Du Toit rallied with a three-under 68 in the third round and was just three shots out of where he needed to finish -- inside the top 19 -- heading into Friday’s final round. But he closed with a three-over 74 that left him tied for 46th at four-over par. Victoria’s Naomi Ko failed to get through the second-stage of the LPGA Tour’s qualifying school in Venice, Fla. Ko tied for 135th at nine-over par. She needed to finish in the top 45 and ties to advance to the final stage of Q-School.

EWART SECOND: Coquitlam’s A.J. Ewart continued his fine play for Barry University, tying for second at last week’s Copperhead Championship in Innisbrook, Fla. Ewart finished the 54-hole event at even-par, three shots behind winner Luke Harries of Lincoln Memorial. It was Ewart’s second runner-up finish this fall for Barry. He also has one win this fall and four overall victories at the south Florida school.

TOUR TALK: Richmond’s Chris Crisologo won the Vancouver Golf Tour’s summer-season finale, the Gatekeeper Series Final at Ledgeview Golf Club in Abbotsford. Crisologo fired a three-under 67 to edge West Vancouver’s Kevin Spooner by one shot. He earned $1,500 for the win. The Vancouver Golf Tour started the winter portion of its schedule with its Chilliwack Championship at Chilliwack Golf Club. Richmond’s Ziggy Nathu fired a seven-under 65 to beat the field by two shots. He took home $750.

BERMUDA BOUND: The PGA TOUR heads to Bermuda this week for the Butterfield Bermuda Championship. The Abbotsford duo of Adam Hadwin and Nick Taylor and Surrey’s Adam Svensson will tee it up at Port Royal Golf Course. Merritt’s Roger Sloan made the long trip to Japan for last week’s Zozo Championship. He tied for 71st at 10-over par, 25 shots behind winner Hideki Matsuyama, and made $17,213. Fellow Canadian Mackenzie Hughes tied for fourth and earned $411,267. Sloan is taking this week off.

‘GRAND SLAM’: Ladner caddie Mike Darby completed a grand slam of sorts when he helped Lee Janzen win on the PGA Champions circuit a couple of weeks ago. “I have won on four different tours now,” Darby says. “The Canadian, Nationwide (now Korn Ferry), PGA TOUR and Champions Tour.” Darby, who began working for Janzen at the Boeing Classic in Seattle this past summer, feels like he finally has some stability after a difficult past year. “I was home for about a year because of travel and quarantine restrictions,” he says.

“Without the support of my wife and my five-year-old, I don’t know how I would have gotten through those lows, Personally and professionally probably one of the lowest points of my life.” He and Janzen have agreed to continue their partnership next year. They still have at least one more event to play this year. Janzen enters next week’s Timber Tech Championship in Boca Raton, Fla., 38th on the Charles Schwab points list. He’ll need to move up at least two spots to qualify for the season-ending Charles Schwab Cup Championship, which goes Nov. 11-14 in Phoenix.

CHIP SHOTS: Eleven PGA of BC members will tee it up at this week’s PGA Head Professional Championship of Canada at Lookout Point Country Club in Fonthill, Ont...James Allenby and Kevin Stinson will meet Chris Crisologo and Lawren Rowe in Saturday's final of the B.C. Match Play Championship at Fraserview Golf Course.