Two contestants run the table in Picking The Majors contest 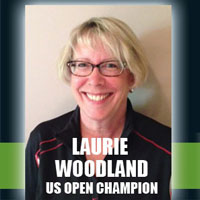 The second edition of 2014 for the popular contest saw more than 600 golf fans tee it up with two participants making every right choice.

The 2014 US Open Picking The Majors contest may have had a surprise winner in Martin Kaymer but Laurie Woodland of Victoria, BC and Toni Perreault of Smithers, BC both beat some big odds themselves in making every possible right pick for the US Open instalment.
The "PTM" contest concept is very simple. Just pick one player from each of ten pairs who you think is more likely to do better at the tournament… and you are done. Points are awarded on where they finish.
This marks the fourth time in the five year history of the contest that more than one person has made every pick right beating some astronomical odds. If you think the odds for picking the player from each pair as being 50/50, then the likelihood of picking all ten correctly would be one-in-10,000.
Laurie Woodland, who won the top prize courtesy of a tie-breaker question, is a avid golfer and credits that for helping her win, "I come from a family of golfers, in fact, the vacation we are about to leave on is to watch our daughter play in the world university golf championships in Switzerland. She is playing for Canada and just won the Canadian University Championship in Winnipeg. So, needless to say, we watch a lot of golf on TV; I think that helped me make the picks... along with a lot of luck."
For her efforts, Woodland will receive a Nike VRS Covert 2.0 Driver, one Dozen Nike RZN Black or RZN Platinum Golf Balls plus a Tour Perforated Hat.
Says Laurie, "I have not tried Nike golf equipment before, but was just considering updating my driver, so this is great timing."
The first runner-up Toni Perreault will get a $200 prize package from British Columbia Golf that includes Association logo'd hats and shirts.
Toni said her picks were based on how players had done recently, "...I went down the list and just thought about how golfers have done this year on the tour and who my favourites are. I always have to pick Phil Mickelson and Adam Scott because they are my favourites."
Actually the majority of contestants did a pretty good job making their selections.
For nine out of the ten pairs, the majority of contestants correctly selected the player who ended up doing better (see how the 600 participants picked in the list below).
The only time they did not was for the pair that included Canadian Graham Delaet so national pride may have played a role in that case.
The next major is the Open Championship which starts July 17th and the contest goes live ten days before.
How points are allocated
make the cut–1 point
finish from 11th-place through the 20th-place—2 points
finish from fourth-place through the 10th-place—3 points
finish in third-place—5 points
finish runner-up—10 points
finish as the winner—20 points 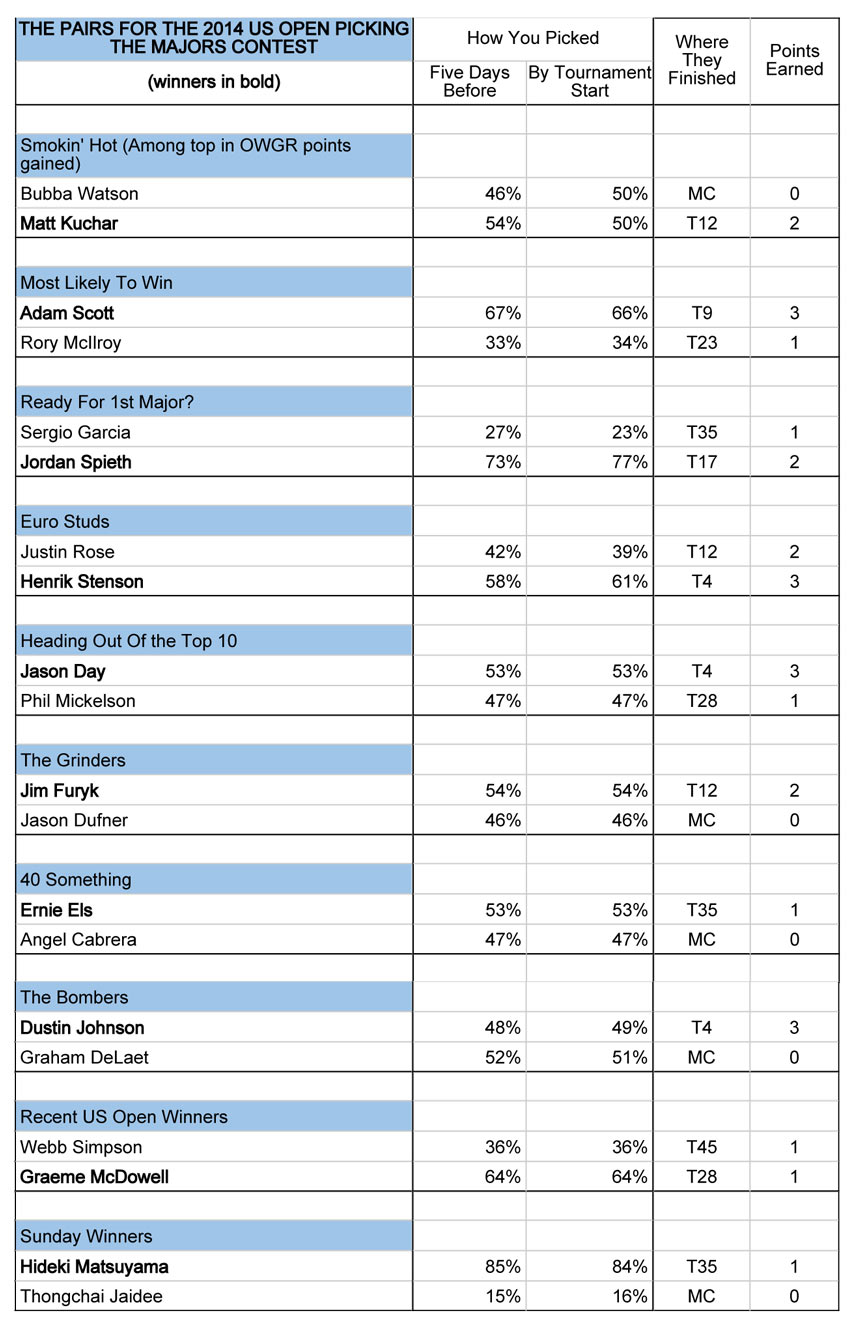