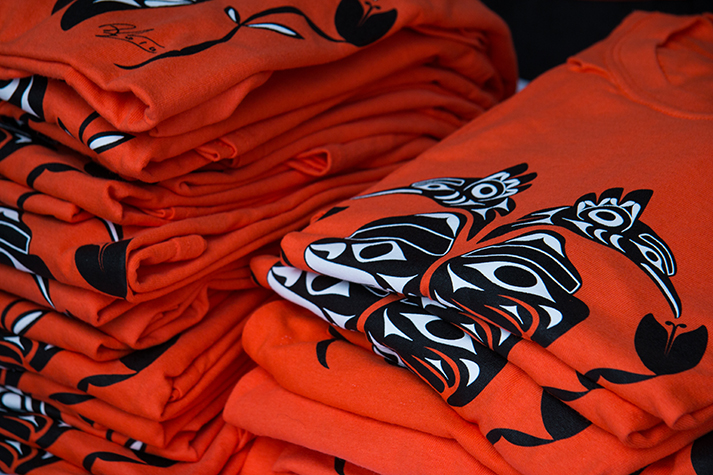 On September 30, 2021, individuals and communities honoured Orange Shirt Day, as well as the first National Day for Truth and Reconciliation in Canada.

The individual and collective journeys of Truth and Reconciliation are enduring. It isn’t a destination, but rather a lifelong path of reflection, learning and understanding.

What is Orange Shirt Day?

Orange Shirt Day is an Indigenous-led commemorative day which officially started in 2013 as a way to honour Indigenous children and educate Canadians about the harmful impact the residential school system had and continues to have on Indigenous peoples and communities. It is “a day that we honour all the children who survived residential schools, as well as honour and recognize those who did not return,” said Brenda Gunn, academic and research director at the National Centre for Truth and Reconciliation.

The origins of Orange Shirt Day date back to 1973 when Phyllis Webstad of Stswecem’c Xgat’tem First Nation, entered the St. Joseph Mission Residential School, outside of Williams Lake, B.C. Phyllis, who was six years old at the time, was wearing the brand new orange shirt her grandmother bought for her to wear for her first day of school. Upon arrival, she was stripped of her clothing and had to put on her school’s institutional uniform; her orange shirt was gone forever. Phyllis, like countless others, felt like no one cared. Her experience with residential school led Phyllis to champion Orange Shirt Day and the “Every Child Matters” movement.

What is the National Day for Truth and Reconciliation?

This past June, the federal government announced that September 30, 2021 would mark the first National Day for Truth and Reconciliation. The day honours the lost children and Survivors of residential schools, their families and communities. Public commemoration of the tragic and painful history and ongoing impacts of residential schools is a vital component of the reconciliation process.

87. We call upon all levels of government, in collaboration with Aboriginal peoples, sports halls of fame, and other relevant organizations, to provide public education that tells the national story of Aboriginal athletes in history.

88. We call upon all levels of government to take action to ensure long-term Aboriginal athlete development and growth, and continued support for the North American Indigenous Games, including funding to host the games and for provincial and territorial team preparation and travel.

89. We call upon the federal government to amend the Physical Activity and Sport Act to support reconciliation by ensuring that policies to promote physical activity as a fundamental element of health and well-being, reduce barriers to sports participation, increase the pursuit of excellence in sport, and build capacity in the Canadian sport system, are inclusive of Aboriginal peoples.

90. We call upon the federal government to ensure that national sports policies, programs, and initiatives are inclusive of Aboriginal peoples, including, but not limited to, establishing:

91. We call upon the officials and host countries of international sporting events such as the Olympics, Pan Am, and Commonwealth games to ensure that Indigenous peoples’ territorial protocols are respected, and local Indigenous communities are engaged in all aspects of planning and participating in such events.

Further information on the National Day for Truth and Reconciliation is available here.