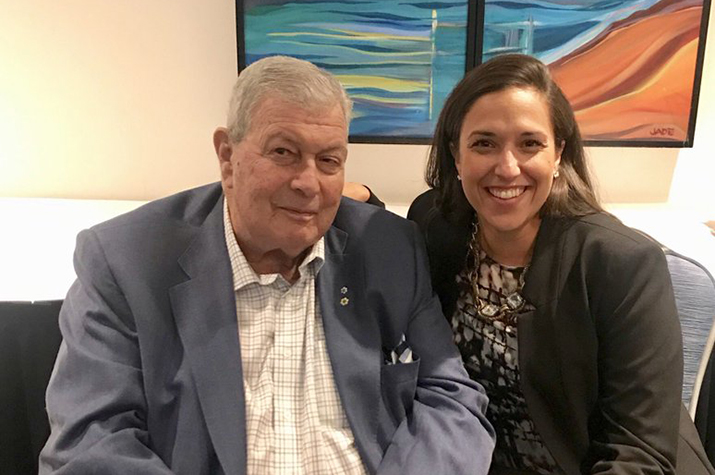 British Columbia Golf is saddened to learn of the passing of past BC Golf President, Peter Bentley (March 17th, 1930- September 6th, 2021).

Peter, highly respected in the BC golf & hockey communities, was named to the order of Canada in 1983 and later also became a BC Sports Hall of Fame WAC Bennett Award winner, and served as the Hall's chair in 1974-75 as well as being a long-time board member.

As BCGA President (1964 & 1965), Peter along with Ernie Brown identified a flaw in the ability for the average golfer to play in the provincial championships. Said Ernie, “I pointed out that a survey showed only ten percent of the golfers in BC belonged to organized clubs. Thus nine out of ten golfers did not have a handicap. These players were deprived of the right to play in the BC Men’s Amateur. Peter Bentley recognized the need for a handicap service and pushed it through the BCGA.”

From 1964 – 1976 Peter served on the RCGA Canadian Open Committee. He strongly campaigned for the RCGA to bring the Canadian Open to Vancouver. After an eighteen-year (1948) absence the RCGA held their 1966 Canadian Open at Shaughnessy G&CC. Peter chaired the event.

In 2000 Stephen Ross, the Executive Director of the RCGA presented Sheila and Peter Bentley with the organizations highest award – the RCGA Distinguished Service Award. “The Bentleys have devoted countless hours to grow the game of golf in British Columbia. Volunteers are an integral part of the RCGA at the national, provincial, and local level, so it is extremely gratifying for me to recognize them for their longtime dedication and support.”

To see a complete obituary for Peter please visit legacy.com