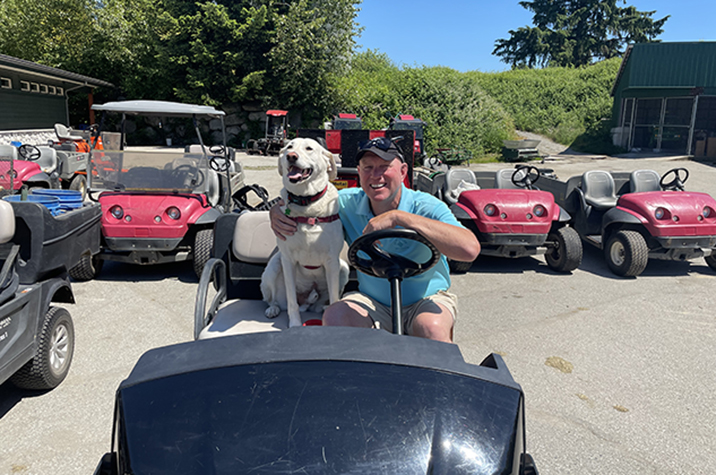 Superintendent Dave Fair And His Trusty Companion Max, Have Had A Particularly Busy Time At Work At Northview GC This Season - Image Courtesy Dave Fair

Golf courses are busy, almost as busy as the men and women who maintain them. The current golf boom has most courses nearly fully booked from dawn to dusk. All that play means more divots in the fairways, more ball marks on greens, more overall wear and tear on courses.

And that has presented challenges for golf course superintendents and their crews as they attempt to present their properties in the best possible condition for their guests.

“We have this influx of new people playing and that is definitely a positive,” says Dave Fair, the longtime superintendent of Northview Golf Club in Surrey.

“That’s great for the game of golf. But obviously with the amount of people playing -- when you have 250 players a day leaving divots, ball marks and things of that nature -- it creates some challenges. But you just have to adjust labour-wise with attention-to-detail oriented actions that allow you to keep on top of it.”

Courses that remained open over the winter took something of a beating. Play was up considerably over the winter months and with the grass not growing, all those divots took a toll, as did areas with heavy foot traffic. “All that winter play was a concern,” says Fair. “The place was beat up with divots in April, but I just added a couple of extra people and we worked hard just filling divots and ball marks.

“If you saw the golf course in April and what it looks like today, it has come like, 200 per cent better to where it was. I should have been more proactive with roping off areas because that would have left the course in better shape coming out of winter. However, the public must understand the ethics of push carts because if they go between a bunker and the green instead of going around the bunkers, it leads to a lot of avoidable damage.

“Thankfully, though, I have an amazing staff. Their hard work every day helped get the course better with each day and that has resulted in the course being in the immaculate shape it is in today.”

Warren Blue is superintendent of Two Eagles Golf Course in West Kelowna and president of the British Columbia Golf Superintendents Association. “My course has always been busy,” Blue says.

“The pandemic didn’t change much for us. The only difference for me were the shoulder seasons. We were packed right until we closed last year, which was November 15th. And opening date was March 3rd and we were 100 per cent booked throughout March. That was definitely a big difference for us. We were seeing the volume from the get-go. 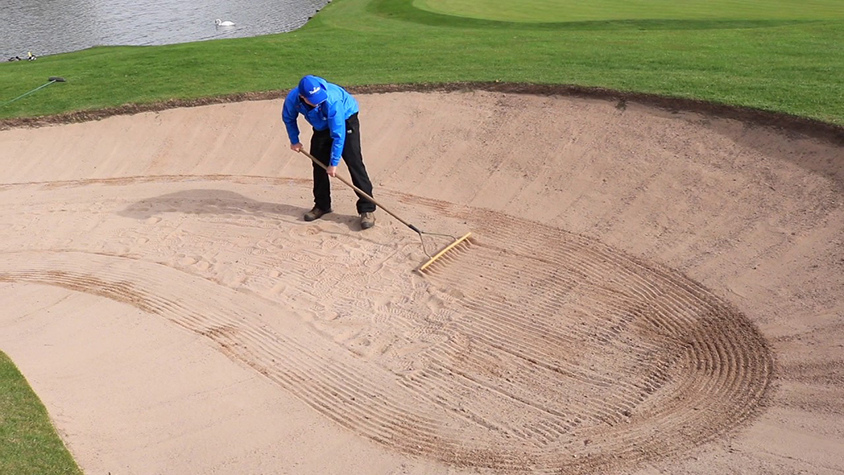 “Ball marks and divots have always been a challenge for me here. We are pushing through 50,000 people here in eight months. But it’s a good thing. I have always said if you don’t have divots and ball marks on your course you have a big problem. To me it means business is good.”

Blue has heard from industry colleagues whose courses remained open all winter about the toll all that play inflicted on their courses. “A lot of courses just didn’t survive all that the play in the winter,” he says.

“A lot of areas were just run down from all the extra play. That is what I am hearing from other guys (superintendents). There was a lot of extra aerification going on and re-sodding and higher fertilization in some areas.”

A beneficiary of all that is Ken Reid, who owns and operates Farm-Tek Services, a Langley-based business that does aerification work at many B.C. golf courses. Reid has never been busier. “We are up about 35 per cent over previous springs,” Reid says. “It’s just because of all the wear on the golf courses. They are doing more aeration and sanding.”

Farm-Tek does work for about 30 courses throughout B.C. and has had to add staff and equipment. “It has just been crazy,” he says. “We started in March and we hadn’t stopped until about a week ago. . .we do about 60,000 metric tonnes of sand a year.” Fair looks after two courses -- the Ridge and the Canal at Northview -- and says the spike in play has required him “to think outside the box.”

With the courses so busy, there are few gaps on the tee sheet where his crew can work without getting in the way of golfers. So Fair has half his crew -- which numbers about 50 in peak season -- start at 4:30 a.m. And he’s installed lights on some of his machinery to allow more work to be done in the dark.

Fair and Blue are both blessed to work for local owners who know it is important to invest in the conditioning and upkeep of their courses. Not all superintendents are so fortunate. “One of the challenges for some guys would be whether management is putting any of that extra (greens-fee) revenue back into the course to help with these problems,” Blue says.

“We (the B.C. Golf Superintendents Association) had a meeting last month and there were about 30 people on line. We did a couple of poll questions and at most of the courses (maintenance) budgets haven’t changed. There were a couple where budgets went down and only a couple where they were doing extra. That’s interesting, the revenue is way up, but that money is not being necessarily thrown back into the course.”