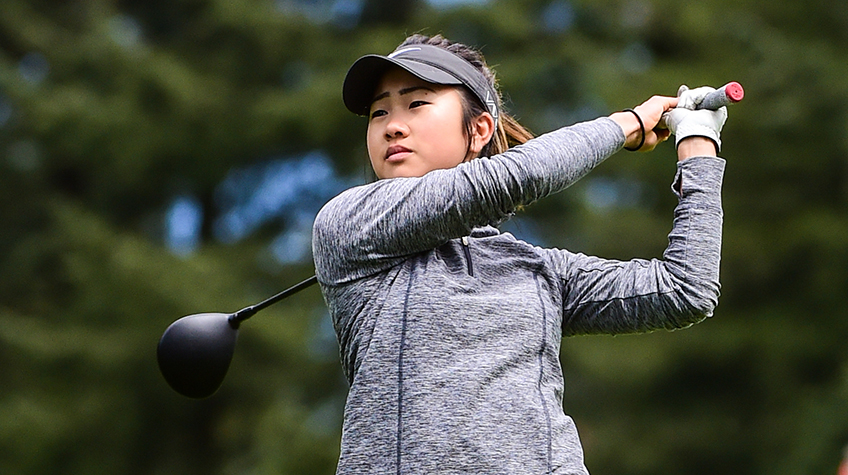 Her collegiate career is not ending quite the way she had imagined, but that won’t tarnish the many great memories Cecile Kwon has of her four years with the University of British Columbia women’s golf team.

“I had an awesome experience and I feel so lucky and honoured to have been a part of this program,” says the 21-year-old from Maple Ridge.

“The past year definitely has been unexpected and different from what I could have imagined my senior year being like. But looking back, I don’t have any regrets about my college career because I had such amazing experiences during my first two years of full competitive play and into my third year until last March.”

That’s when everything changed for collegiate athletes like Kwon. UBC wasn’t able to complete its spring schedule last year due to COVID-19 restrictions and with the border remaining closed, the entire 2020-21 season was lost.

UBC did compete in a made-at-home B.C. Series with the University of the Fraser Valley and UBC-Okanagan last fall, but that too was put on hold this spring due to further COVID-19 travel restrictions. UBC coach Chris Macdonald organized some internal team competitions for his players this spring.

“In terms of this past year I think we were all really grateful that we were able to play some golf,” Kwon says. “It is a mix of emotions and bittersweet to be leaving, but overall I am very grateful and we are pretty lucky given the circumstances.”

Kwon’s best memories of her UBC experience came in the 2018-19 season when her team went on an incredible run that ended with a NAIA national championship followed by a Canadian University championship. “That entire year was just insane,” Kwon says. “We had won 10 of 12 events that year. It was pretty surreal, there were so many individual wins and it all kind of led up to the NAIAs where we kind of peaked and then the Canadian Championships. . .It was an amazing experience.”

While Kwon is done with collegiate golf, she will return to UBC next fall to complete her kinesiology degree. She hopes to get into athletic training and therapy. “It would be awesome to work with professional athletes,” she says. Golf will remain a big part of her life. After all, it seems to run in her family. Kwon’s dad is a teaching pro and her older brother Kevin won the Canadian Junior Boys Championship twice before heading to the University of Washington on a golf scholarship.

“I will be golfing for the rest of my life,” she says.

Kwon’s close friend and teammate, fellow UBC senior Shania Remandaban of Coquitlam, isn’t quite ready to say goodbye to her collegiate golf career. She remains eligible to play another year due to the time lost to COVID-19 restrictions. “I am not done,” says Remandaban, who has played golf with Kwon since they were kids.

MOVING SOUTH: The Mackenzie Tour is moving its qualifying school scheduled to be played late next month at Crown Isle Golf Resort in Courtenay to Washington state. The tour’s seventh and final Q-School now will be played June 8-11 at The Home Course in the Tacoma suburb of DuPont.

The Tour said a further announcement on its regular season schedule will be made soon. Its season normally begins in late May and early June with three B.C. events, but that clearly won’t be happening this year. It seems likely that events will be played in the United States. “We held out hope that we would be able to play our final qualifying tournament at Crown Isle Resort, a longtime Tour partner,” said Mackenzie Tour executive director Scott Pritchard.

“Unfortunately, we just needed to make a plan of certainty due to the current COVID-19 public health restrictions in Canada.” The Mackenzie Tour has already held six Q-Schools this spring in the United States.

CAROLINA CALLING: The Abbotsford duo of Adam Hadwin and Nick Taylor return to action this week at the RBC Heritage tourney in Hilton Head, S.C. Taylor and Hadwin have similar histories at the tournament. Each has made four of five cuts and their best finishes were identical ties for 22nd in 2017. Hadwin enters the tournament 102nd on the FedEx Cup points list, while Taylor is 127th. 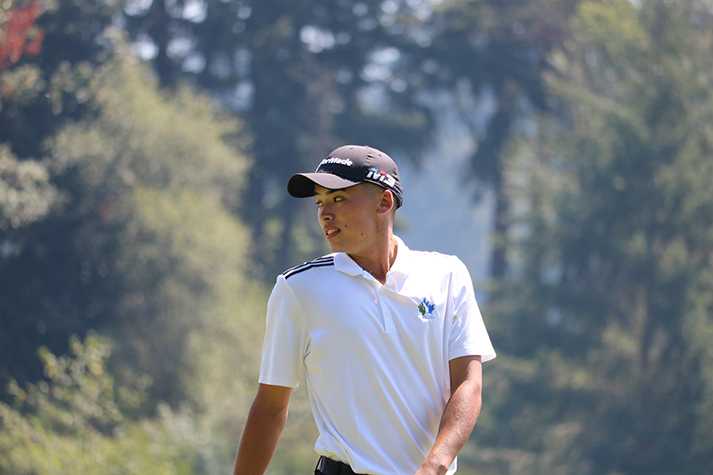 Coquitlam, BC's AJ Ewart Is Putting Together A Fine Collegitate Record At Barry U

EWART WINS: After a pair of recent second-place finishes Coquitlam’s A.J. Ewart registered his third collegiate win for Barry University. Ewart, a sophomore at the NCAA Division II school in south Florida, won the Battle of the Shores tourney in Miami Beach, Fla. Ewart shot rounds of 70, 72 and 69 to finish at two-under par. He edged Jorge Villar of Lynn University by one shot.

“I was pretty calm out there for the most part,” Ewart said. “I was able to keep my emotions in check pretty well and kind of just cruise along. Jorge put up a good fight and I was well aware of it, but I just tried to stick to myself and do my thing and it worked out.” The two were tied through 16 holes.

“On 16, the par 5, I made birdie and Jorge missed his birdie putt and that tied us all up,” Ewart said. “Then on 17 I made a little bit of a mental error and three-putted for bogey and Jorge made par so he is one-up going to the last hole. On 18 (a par 5) I hit the green in two and just missed my eagle putt and tapped in for birdie. Jorge just happened to three-putt.”

Ewart made 14 birdies over the three rounds en route to what was his third collegiate victory for Barry.

TOP 10 FOR JOHN: Vancouver’s Leah John registered the first top 10 of her collegiate career with a ninth place finish at the recent Cowgirl Classic in Maricopa, Ariz. John, a sophomore at the University of Nevada, carded rounds of 74, 73 and a career-best 71 to finish the event at two-over par. She helped lead Nevada to a fifth-place finish in the event.

BUSY BEAVERS: Delta’s Amanda Minni recorded her fifth career top-20 finish for the Oregon State University Beavers when she tied for 13th at the Silverdado Showdown in Napa Calif. Minni, a senior, shot rounds of 71, 73 and 76 to finish at four-over par. Former B.C. Amateur champion Nolan Thoroughgood, a junior on the Oregon State men’s team, tied for eighth at the recent Seattle U Redhawk Invitational at Chambers Bay Golf Course in University Place, Wash. Thoroughood shot rounds of 71, 72 and 70 to finish the event at one-under 213. Chambers Bay played as a par 71 the first two rounds and a par 72 for the final round.

VEGAS BABY: Surrey’s Adam Svensson is in the field for this week’s MGM Resorts Championship at Paiute in Las Vegas on the Korn Ferry Tour. Svensson, who recently earned his second win on the Korn Ferry Tour, currently stands 13th on the points list. Vancouver’s Stuart Macdonald is hoping to draw into the event as an alternate.