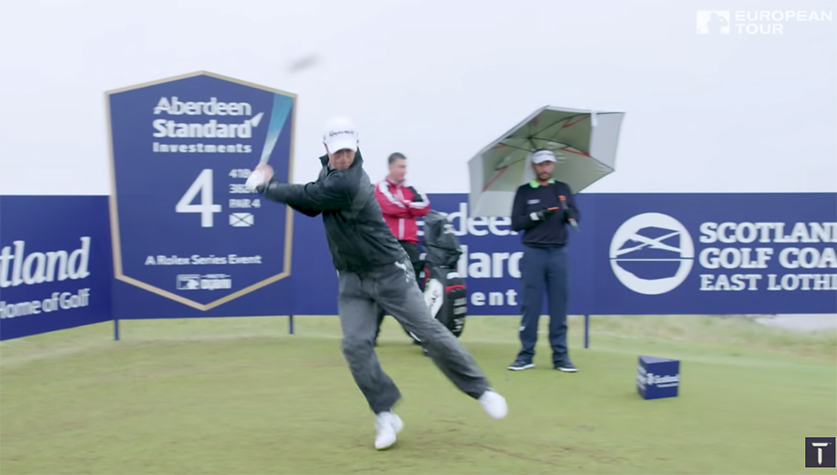 Who doesn't like a good 'Happy Gilmore' go-round every once in a while? Most golf fans are pretty familiar with Adam Sandler's character 'Happy Gilmore' from the film of the same name which was filmed largely in and around Vancouver in 1996.

One of the most popular and oft-imitated elements of the film is the run-up swing featured in this European Tour 'Happy Gimore Closest To The Pin Contest' held ahead of the Aberdeen Standard Investments Scottish Open at The Renaissance Club. European Tour pros were challenged to take on a nearest-the-pin challenge with a difference. Two words… Happy Gilmore.