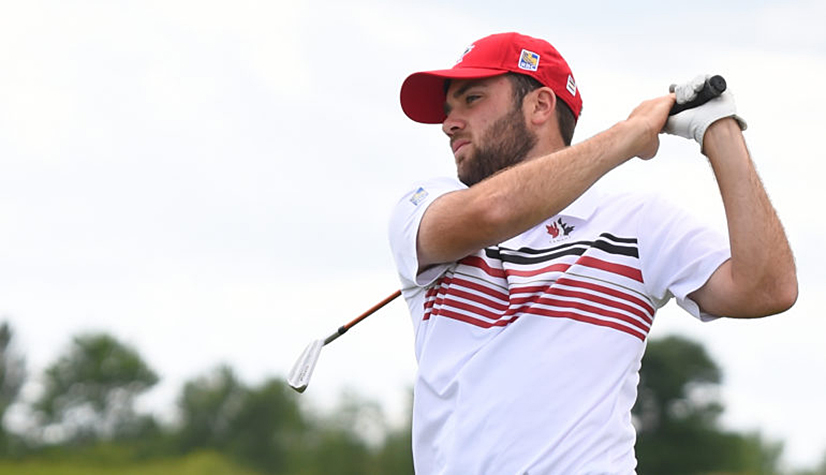 It wasn’t quite the round he hoped for, but Vancouver’s Stuart Macdonald still posted his best-ever finish on the Korn Ferry Tour on Sunday.

Macdonald closed with a two-over 73 that left him in a tie for 20th at the Pinnacle Bank Championship in Omaha, Neb. Macdonald’s six-under total was five shots behind winner Seth Reeves.

The Point Grey Golf Club product had started the day in a tie for sixth spot. The finish earned Macdonald $7,300 and moved him up 21 spots on the Korn Ferry Tour points list to 128th. Macdonald has made the cut in six of seven starts this year.

Macdonald and fellow British Columbian Adam Svensson of Surrey are both in the field for this week’s WinCo Foods Portland Open in Oregon. Svensson did not play in Omaha.

PGA BOUND: Abbotsford’s Nick Taylor tied for 35th in his World Golf Championship debut at the Fed Ex St. Jude Invitational in Memphis. Taylor closed with a one-over 71 that left him at three-under for the tournament, 10 shots behind winner Justin Thomas. Taylor made $56,111 for the week and now stands 33rd on the FedEx Cup points list.

Fellow Abbotsford product Adam Hadwin tied for 72nd at eight-over par in Memphis and made $31,375. Hadwin is 37th on the FedEx Cup points list. 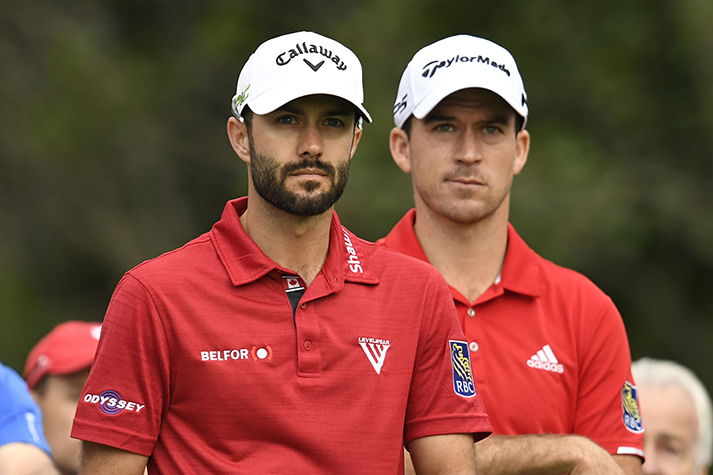 Hadwin and Taylor both have spots in this week’s PGA Championship at TPC Harding Park in San Francisco. This will be Taylor’s second PGA Championship. He tied for 68th at the 2015 PGA played at Whistling Straits in Wisconsin. This will be Hadwin’s fourth straight PGA appearance. He made his first cut when he tied for 29th last year at Bethpage Black in New York.

NORTHERN EXPOSURE: Every summer a number of Vancouver Golf Tour pros head north to play in the Bold Promotion Charity Pro-Am at Lakepoint Golf Club in Fort St. John. Burnaby’s Mike Belle was the big winner this year. The Vancouver Golf Club member fired rounds of 63 and 69 to finish the 36-hole event at 12-under par. That was good for a four-shot win and earned Belle a cheque for $4,000.

Riley Lamb of Meadow Gardens was second at eight-under and made $3,000. Andrew Funk of Gorge Vale finished third at six-under and made $2,200. The VGT’s fifth annual Whistler Open goes Aug. 4-5 at Nicklaus North.

TIGHT SCHEDULE: British Columbia Golf had to condense its championship season this summer in order to make it work. That meant the B.C. Amateur, B.C. Men’s Mid-Amateur/Mid-Master and B.C. Junior Boys Championships were played together last week at the Okanagan Golf Club’s Bear Course in Kelowna.

Duncan’s Tristan Mandur won the B.C. Amateur, William Bishop of Victoria captured the Junior Boys’ title and Abbotsford’s Dan Swanson defended his Mid-Amateur and Mid-Master crowns.  Next up on the calendar are the B.C. Juvenile (age 16 and under) Boys and Girls and B.C. Junior Girls Championships, which will be played together Aug. 11-13 at Cowichan Bay Golf & Country Club.