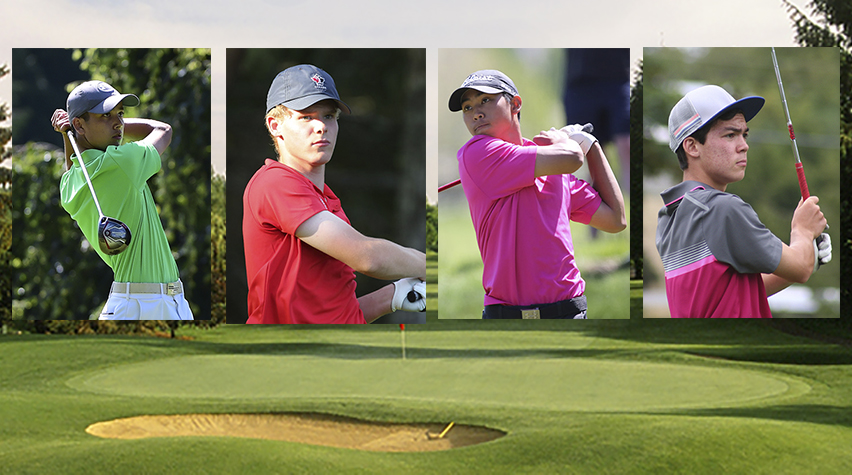 The 50th annual Eddie Hogan Cup tournament is scheduled to take place August 11th – 12th at the Riverside Golf & Country Club in Portland, Oregon and British Columbia has been represented every single year since its inception in 1969.

BC has won the Eddie Hogan Cup title twice since 1972, with the first coming in 2009 and then again 4 years later in 2013 where team member Kevin Vigna also won the individual title.

The Eddie Hogan Cup is filled with excellent competition from across the USA including Southern and Northern California, Oregon, Washington, Nevada, Idaho, Hawaii and others as well as British Columbia.

The 2018 team from British Columbia will be represented by:

The team was selected by a British Columbia Golf selection committee as part of a 2-year development program in order to prepare for this year's 50th Anniversary of the Eddie Hogan Cup matches.

The team will be coached by Colin Lavers from Seymour Golf & Country Club in North Vancouver. This will be Colin's second time as BC's Hogan Cup Team leader and he feels having that first year of experience under his belt, his squad will be fully prepared for what's coming up, "As a team, we are all excited to be going to the 50th anniversary of this prestigious event," said Lavers.

"Our expectations are to contend for the title and I feel that we've got the team to do it. As coach for the second year, I now have a better understanding of everything involved in the event, from the formalities and dinner on the Friday night to the format and level of competition. We also have a much better understanding of the golf course and what it will take to shoot the scores necessary to contend. It won't be easy but I know that everyone is prepared to put in the work to be at our best."

About the 50th Hogan Cup

The event began in 1969 in commemoration of the vast achievements and contributions to the sport by Eddie Hogan, their long-time head golf professional who served the club from 1939 until his tragic drowning death in 1968.

At its inception, the competition was between the Portland Metro All-stars and junior golfers representing the rest of the region. Hogan, an Oregon Amateur champion and PNGA Amateur Champion, was credited for transforming the role of the golf professional, developing what is now considered the standard for the green grass pro shop.

Hogan was also dedicated in helping the Oregon Golf Association develop its widely-recognized junior golf program. Being selected to compete in Hogan Cup matches is an honour that has been bestowed to few individuals, and the excellence of past participants is indicative of the quality of the small, select field.