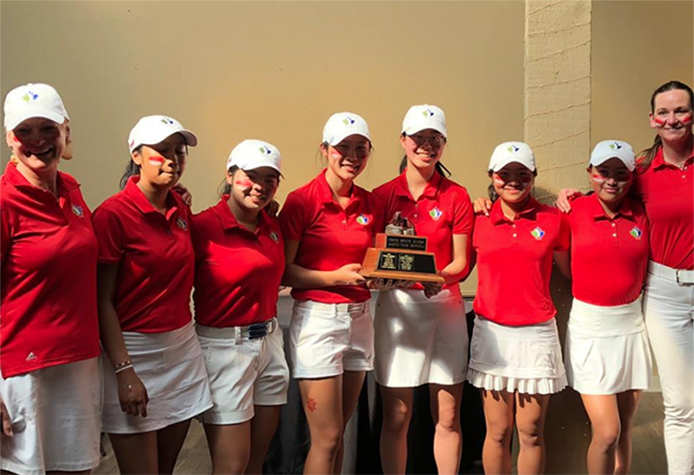 Coach Chris Bertram is not about to discount the home course advantage his University of the Fraser Valley Cascades will enjoy at this week’s Canadian University/College Championship at Chilliwack Golf Club.

The Cascades know the Chilliwack layout inside and out, having regularly practised at the course for many years. “We have called that our home course for 12 or 13 years and it is always going to be an advantage playing at a place that you are familiar with,” says Bertram. “We get to play there regularly so there aren’t too many shots out there that we haven’t seen.

“But Chilliwack isn’t the kind of place that has a lot of blind tee shots or tricky green complexes. The course is out in front of you and players can figure the course out fairly quickly, I would say. But I don’t discount the fact that being out there every day the last few weeks is a big advantage for us.”

Over the years, Bertram has built the Cascade golf program into a formidable force. UFV swept the team titles at the Canadian Collegiate Athletic Association national championships last fall.

Bertram thinks both his men’s and women’s teams have a chance to medal at this week’s tourney, something they have never done. The men’s team has twice finished fourth (2010 and 2015) and the women had their best finish last year when they placed fifth.

“We have had some really good successes over the past few years, but this particular event has had our number,” Bertram says. “We have been close. We have been planning for this for a long time and we have put together a team that we feel can compete. I think if we play near our potential that we will be right in it on both sides.”

This is the 16th playing of the tournament, which brings together the top university and collegiate golf programs from across the country. Twenty men’s teams and 12 women’s teams are competing this week.

On the men’s side, UBC has won the event five times. Laval enters the tournament as defending men’s champions. The UBC women have dominated the tournament, having won 12 of the previous 15 championships.

The men’s and women’s individual championships will receive exemptions to the Canadian Amateur and Canadian Women’s Amateur championships this summer.

Play begins Tuesday and continues through Friday. The field will be cut after Thursday’s third round. The University of Victoria has teams entered on both the men’s and women’s side.

BIRDS SEVENTH: UBC finished seventh at last week’s rain-shortened NAIA Women’s Championships in West Palm Beach, Fla. The Thunderbirds completed the 54-hole event at 85-over par, 40 shots behind the winning team, Savannah College of Art and Design. Friday’s final round was washed out.

UBC was led by Avril Li, who finished tied for 13th place at 16-over par on a PGA National Champions Course that played extremely tough.

The University of Victoria placed 12th and was led by Cadence Hellman, who tied for 17th place at 19-over par.

Svensson closed with a seven-under 65 to finish at 16-under and two shots behind winner Cameron Davis of Australia. A double-bogey on the par 4 16th hole proved costly for Svensson, who moved up to fourth on the Web.com Tour money list.

It was the fourth top-10 finish of the season for Svensson, who won the The Bahamas Great Abaco Classic in late January and has clinched his PGA TOUR card for the 2018-19 season. Merritt’s Roger Sloan tied for 30th in Nashville at 9-under par.

WORKING WEEKENDS: Abbotsford’s Adam Hadwin tied for 52nd at the Fort Worth Invitational at Colonial Country Club and now leads the PGA TOUR with 18 consecutive cuts made. Hadwin is in the field for this week’s Memorial Tournament in Dublin, Ohio.

Fellow Abbotsford native Nick Taylor, who missed the cut in Fort Worth, was listed Sunday as the fourth alternate to get into the Memorial.

Allenby shot a seven-under 65 to win at Richmond by four shots over Thomas Hay of Langley and North Vancouver’s Eugene Wong. Allenby pocketed $2,000 for the win.

STAYING SHARP: Canadian LPGA veteran Alena Sharp spent some time at Morgan Creek Golf Course in Surrey this past week working with instructor Brett Saunders. Sharp was preparing for this week’s U.S. Women’s Open, which is being played at Shoal Creek Golf & Country Club in Alabama.

MONDAY QUALIFIER: Ten spots in the Freedom 55 Financial Open field at Point Grey Golf & Country Club will be up for grabs at a Monday qualifier at Swaneset Bay’s Resort Course in Pitt Meadows. The $200,000 event is the season-opener on the Mackenzie Tour-PGA Tour Canada circuit.

NEW PNGA PRESIDENT: Victoria’s Peter Fibiger has been elected president of the Pacific Northwest Golf Association. Fibiger is a member at Highland Pacific Golf Course in Victoria. “We want to bring more young people into the game,” he says. “That’s no secret. It’s good for the game itself, it’s good for the golf industry, it’s good for business. We want to stay current and relevant.”